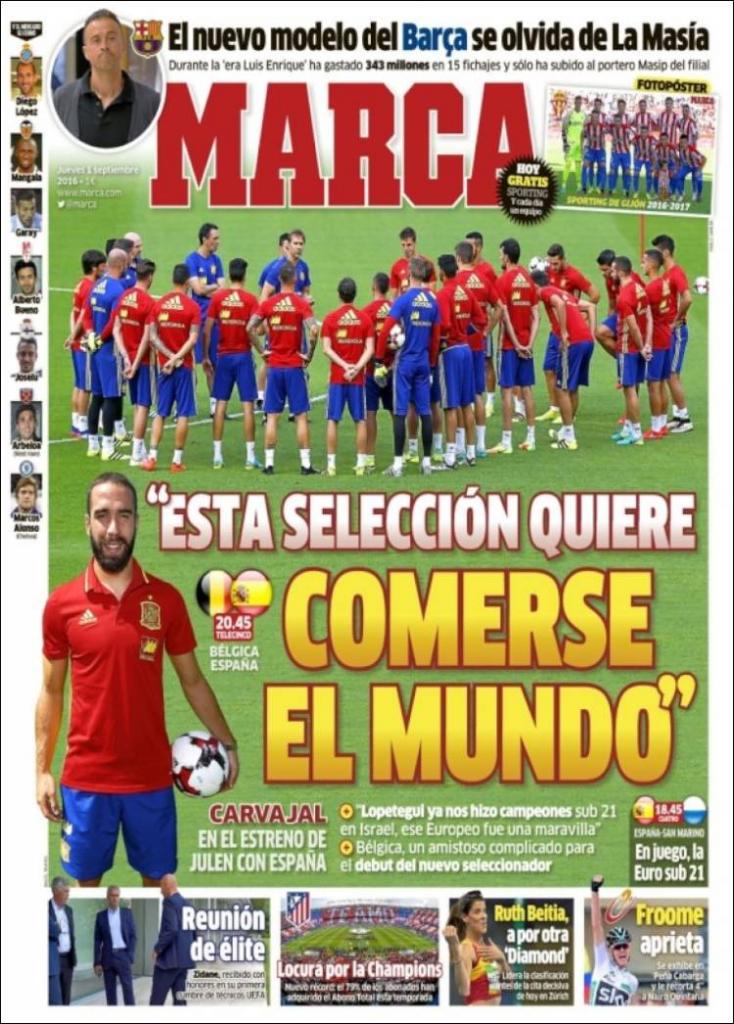 "This team wants to eat up the world"

Carvajal: "Lopetegui made us European Under 21 champions wonderfully"

Belgium - a complex opponent who also have a new manager

During the Luis Enrique era, the club has spent 343 million euros on 15 new signings and only the goalkeeper Masip is new from the academy

Madness for the Champions 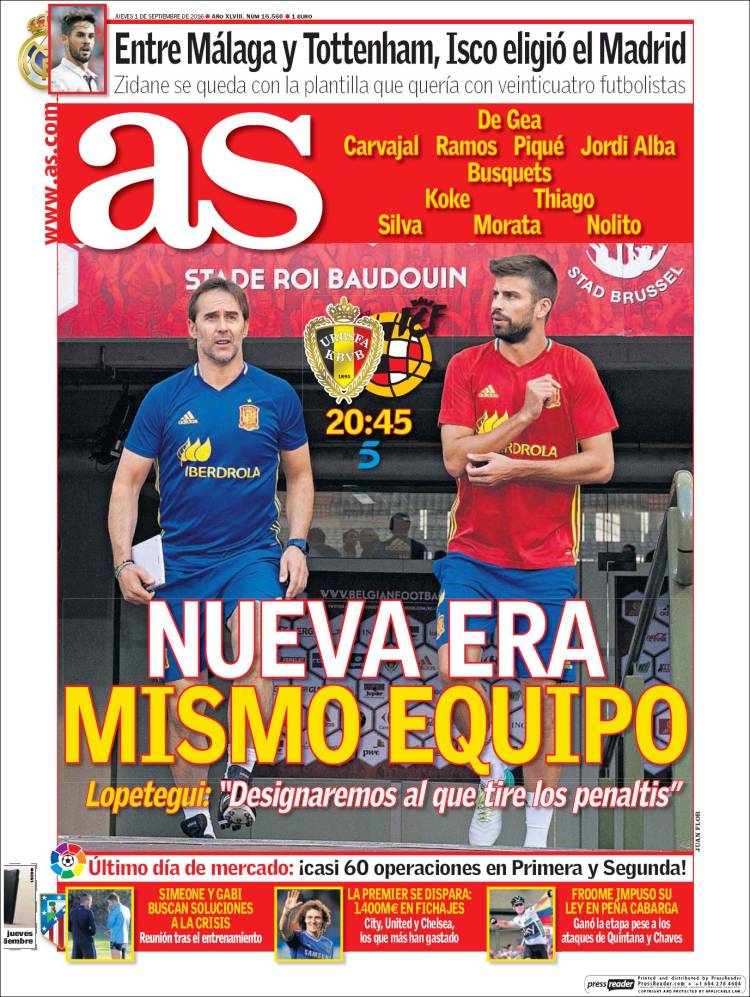 Lopetegui: We choose who will take penalties

Between Malaga and Tottenham, Isco remains in Madrid

Zidane keeps the squad he wanted with 24 players

Last day of the transfer market: almost 60 transfers against Primera and Segunda

Simeone and Gabi search for solutions to the crisis 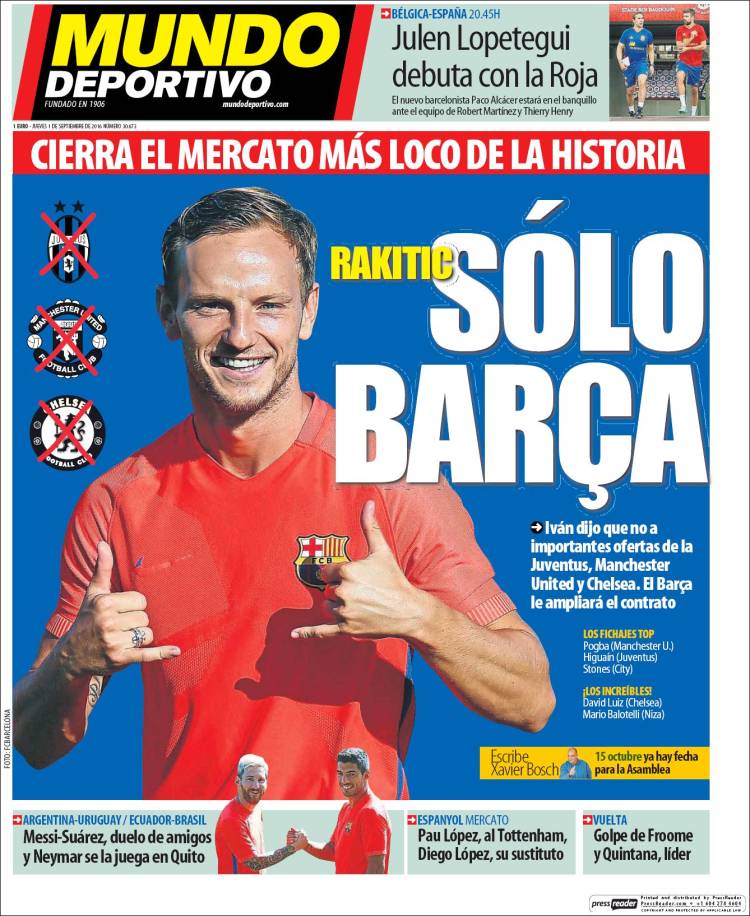 Ivan says that offers from Manchester United, Chelsea and Juventus are not important. He will extend his Barcelona contract.

New Barcelona signing Paco Alcacer to be in the team against Belgium.

Messi-Suarez, clash of friends and Neymar will be gambled in Quito.

Espanyol: Pau Lopez to Tottenham, he will be replaced by Diego Lopez