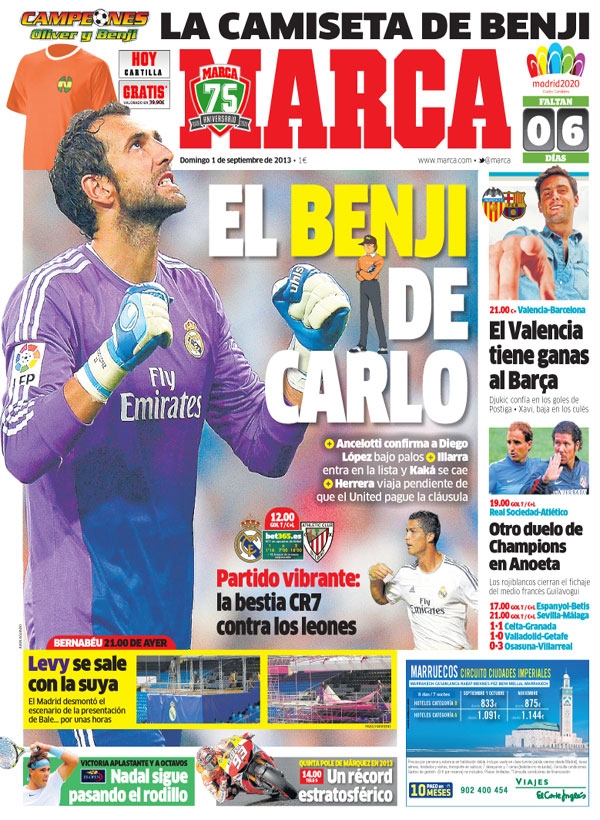 Carlo's Benji
Ancelotti confirms that Diego Lopez is to start between the sticks
Illarra in the squad while Kaka is dropped
Herrera travels despite United move being close
A vibrant game: The beast of CR7 against the lions
Valencia looking forward to Barca clash
Djukic confident in Postiga
Xavi is out for the Cules
Another duel of Champions at the Anoeta
Los Rojiblancos close out the signing of Frenchman Guilavogui
Levy leaves with his
Madrid dismount the balcony meant for Bale's presentation
Nadal continues to overcome his knee probem
A stratospheric record 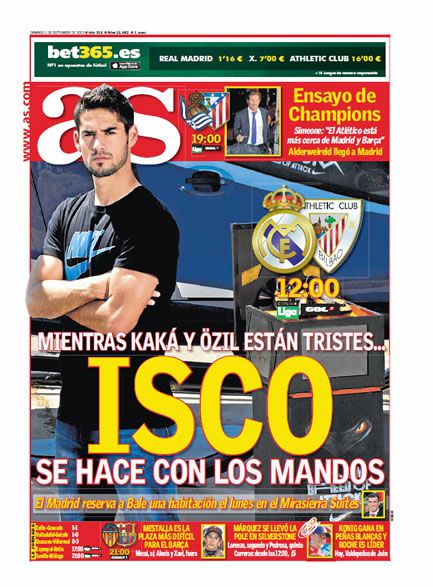 While Kaka and Ozil are sad, Isco is taking control
Madrid are keeping a place for Bale at Mirasierra Suites
Test of champions
Simeone: "Atletico are close to Madrid and Barca"
Alderweireld arrives in Madrid
The Mestalla is the most difficult place for Barca to travel to
Messi, yes, Xavi and Alexis out
Marquez gets pole at Silverstone
Lorenzo in second, Pedrosa fifth
Konig wins but Roche still leads

Today from Valepenas to Jaen 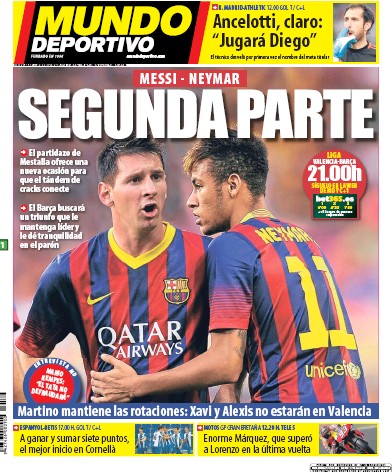 The second edition of Messi and Neymar
The big game at the Mestalla offers a new chance for the two stars to put on a show
Barca will search for a victory to maintain their lead at the top of the table
Martino continues to rotate: Alexis and Xavi do not travel to Valencia
Ancelotti is clear for the first time: "Diego will play"

Outstanding Marquez, who overcomes Lorenzo in the last run out