Todya's front-page headlines from Marca, AS and Mundo Deportivo… 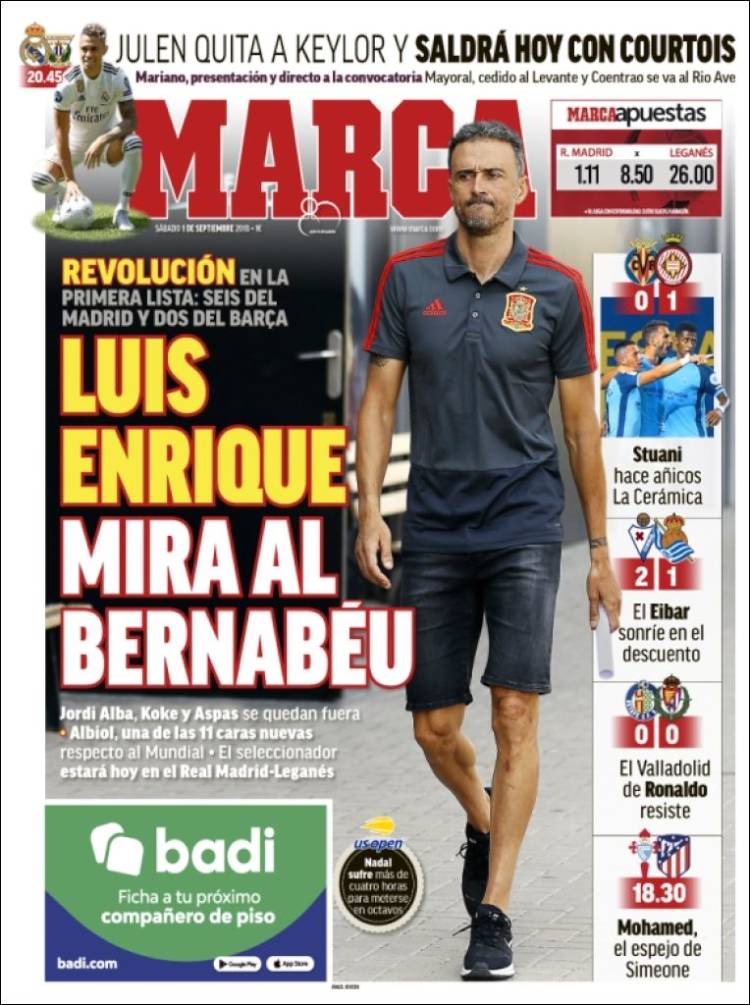 Mariano, presentation and called up to the squad

Revolution in his first squad: six from Madrid and two from Barca

Eyes on the Bernabeu

Jordi Alba, Koke and Aspas are left out

Albiol, one of the 11 new faces with respect to the World Cup 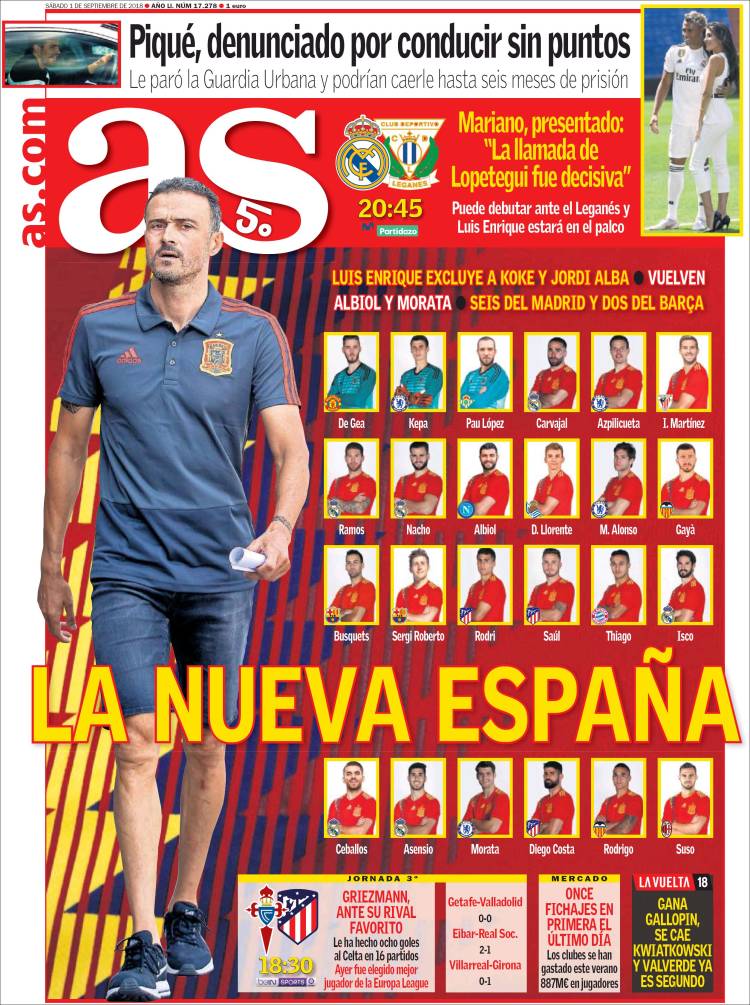 Pique, reported for driving without points

Six from Madrid and two from Barca

Griezmann, against his favourite team

Eleven signings in Primera on the last day 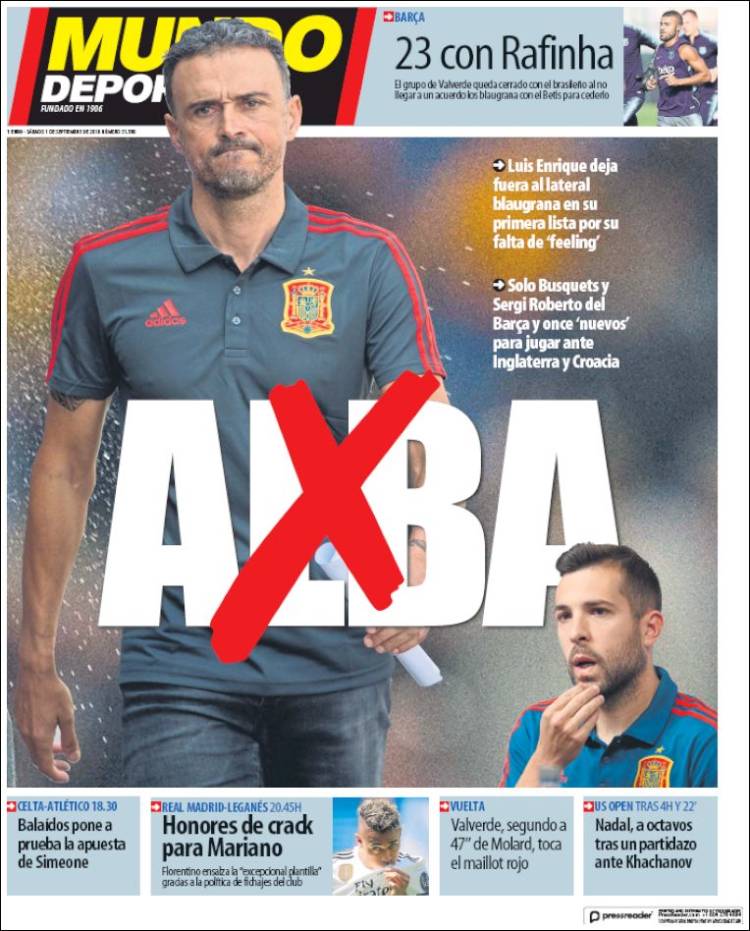