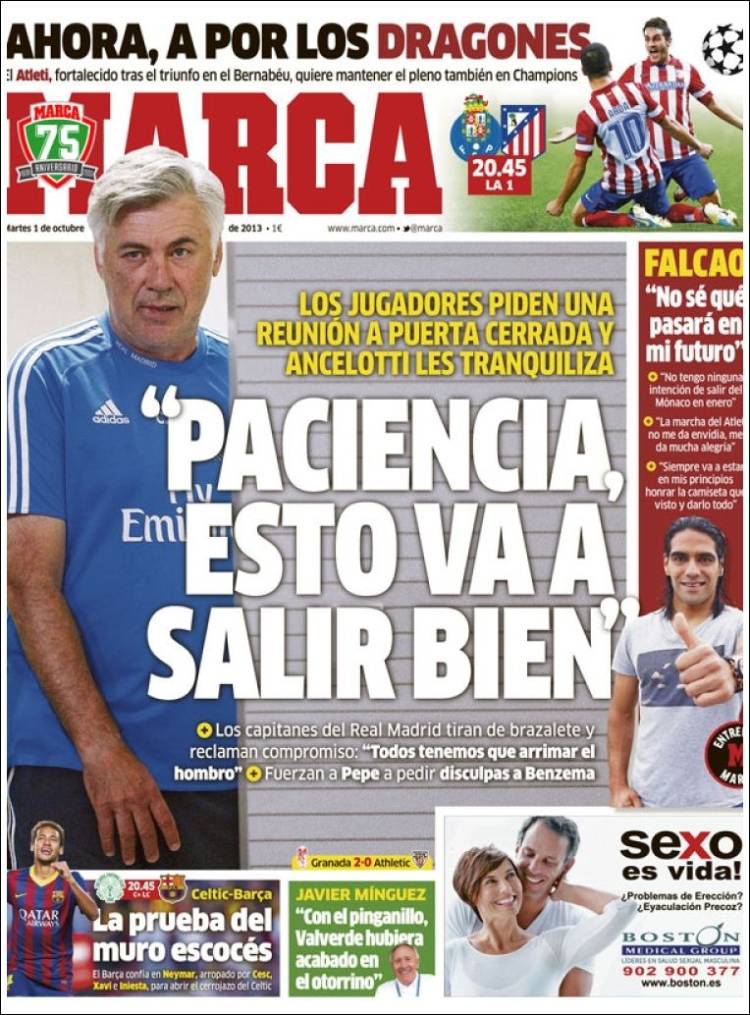 "Patience, this will end well"

The captains of Real Madrid take responsibility and push for an agreement: "We all have to get over this"

They push Pepe to apologise to Benzema

Falcao: "I do not know what my future holds"

"I have no intention of leaving Monaco in January"

"Atleti's great start as not made me envious, instead it gives me pleasure"

Now, for the Dragons

Atleti, boosted by their win at the Bernabeu, want to maintain they positive run of results in the Champions League too

The Scottish test: Barca confident in Neymar, Cesc to play a key role, Xavi and Iniesta with the responsibility of opening Celtic up 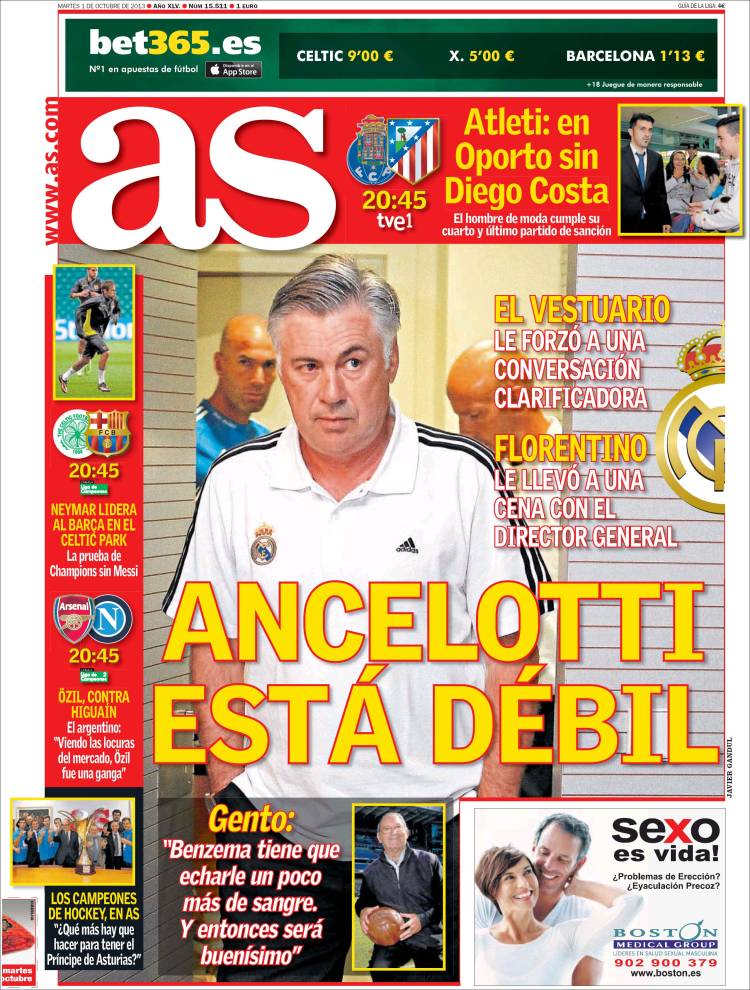 Florentino takes him to dinner with the directer general

Gento: "Benzema has to willing to bleed a little to get back to his best"

Atleti: In Porto without Diego Costa

Neymar will lead Barca out on to Celtic Park

The Argentine says, "Looking at what happened in the crazy transfer market, Ozil was a bargain"

The hockey champions with AS

"What more do they need to do to have the audience of the Prince of Asturias?" 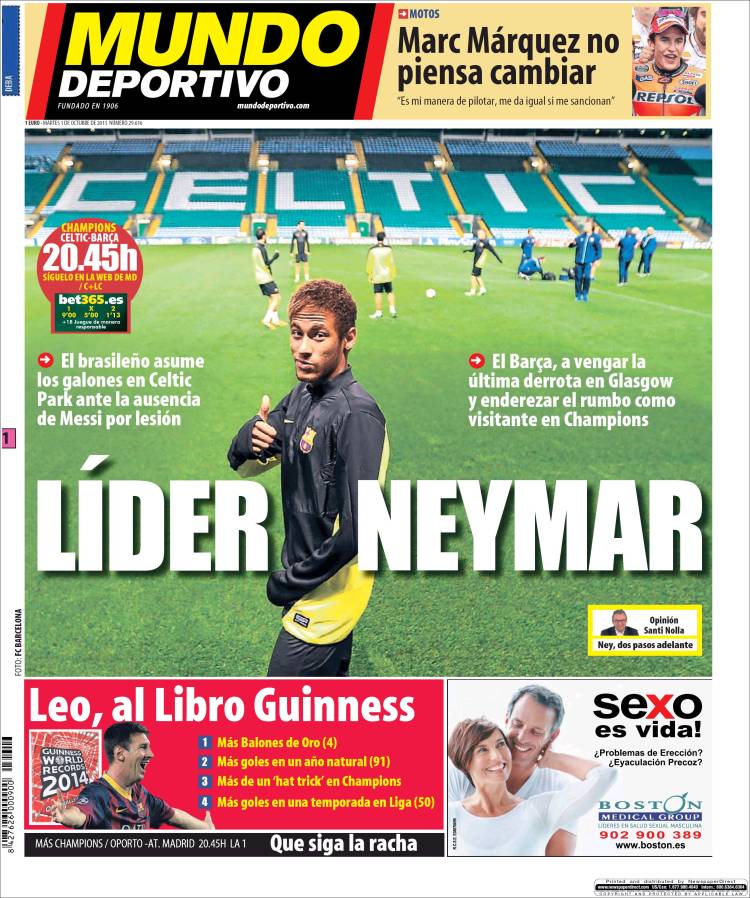 Leo, in the book of the Guiness world records

Atleti to continue their streak

Moto GP: Marx Marquez is not thinking of changing nothing