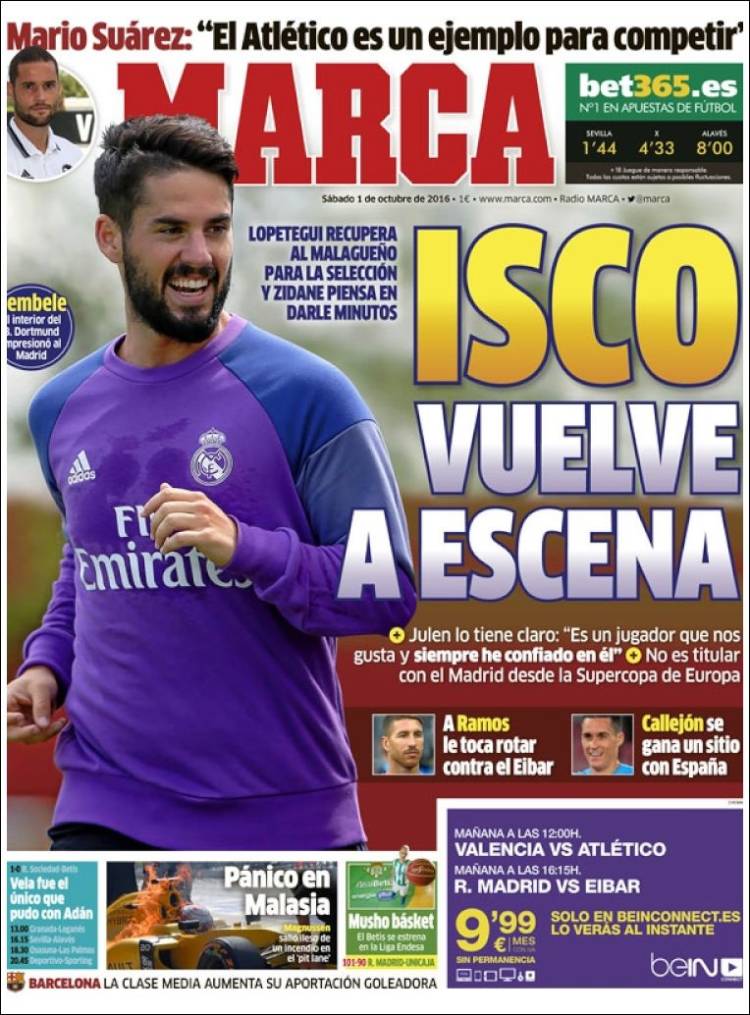 Isco returns to the scene

Julen is clear: “He’s a player we like and we’ve always trusted him”

Not a starter for Madrid since the European Super Cup

Ramos to be rotated against Eibar

Callejon wins a place for Spain

Mario Suarez: “Atletico are an example of how to compete”

Vela the only one who can beat Adan 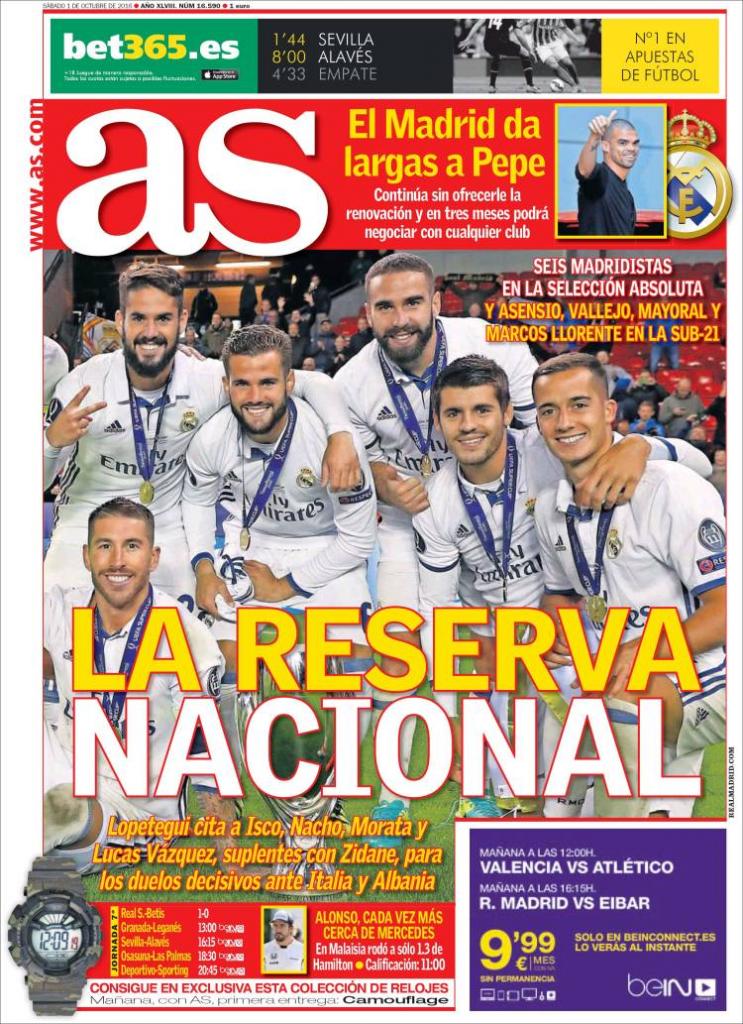 Six madridistas in the national team

And Asensio, Vallejo, Mayoral and Marcos Llorente in the Under-21s

Madrid give Pepe the runaround 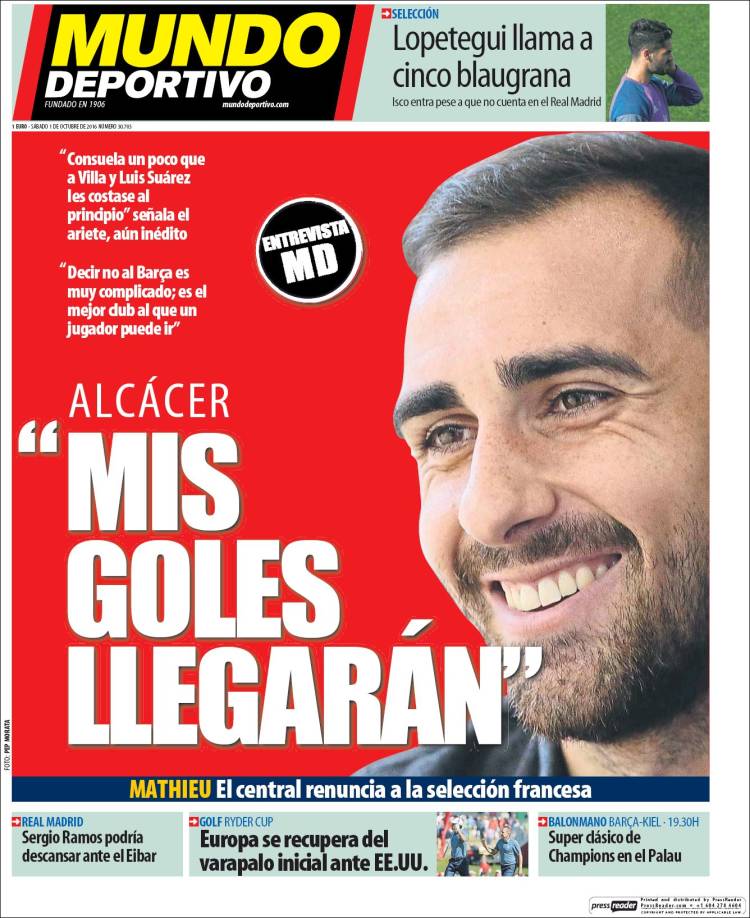 “My goals will come”

“Consoled a bit by the fact Villa and Luis Suarez struggled at first,” says the striker, as yet unpublished

“Saying ‘no’ to Barca is very difficult, they’re the best club a player can go to”

Isco comes despite not being counted on by Real Madrid

The centre-back retires from the French national team

Sergio Ramos could rest against Eibar