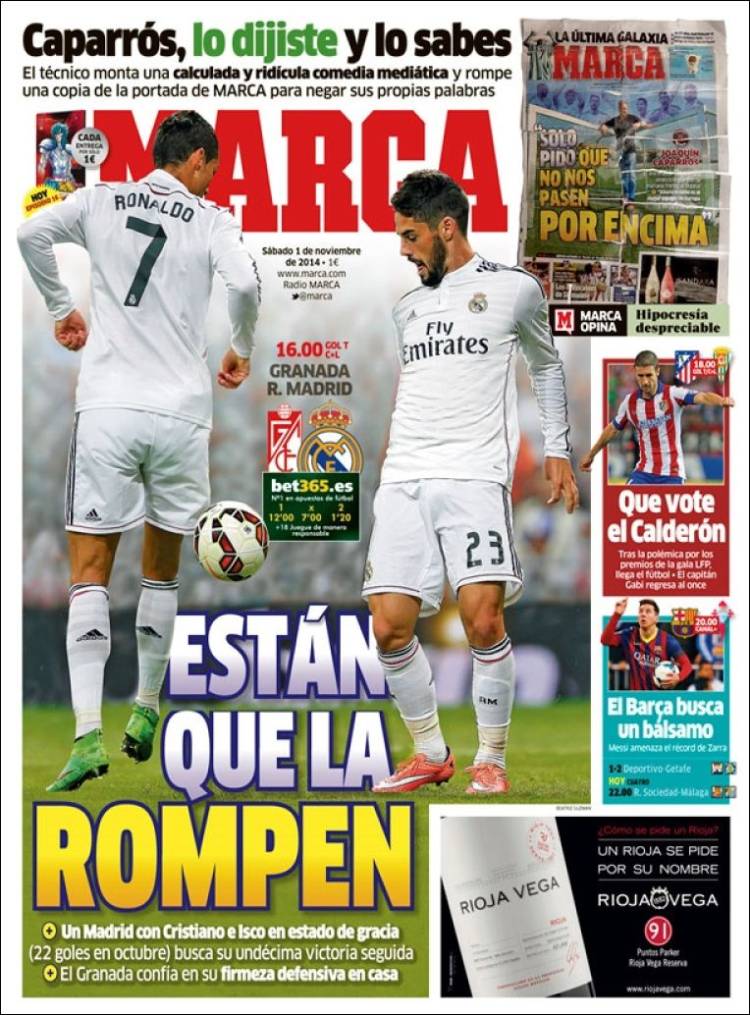 They are the ones that break you

Granada trust in their defensive strength at home

Caparros, you said it and you know it

The Calderon votes: after the controversy surrounding the LFP gala awards, the football arrives

The captain Gabi returns to the starting line-up

Barca look for some comfort 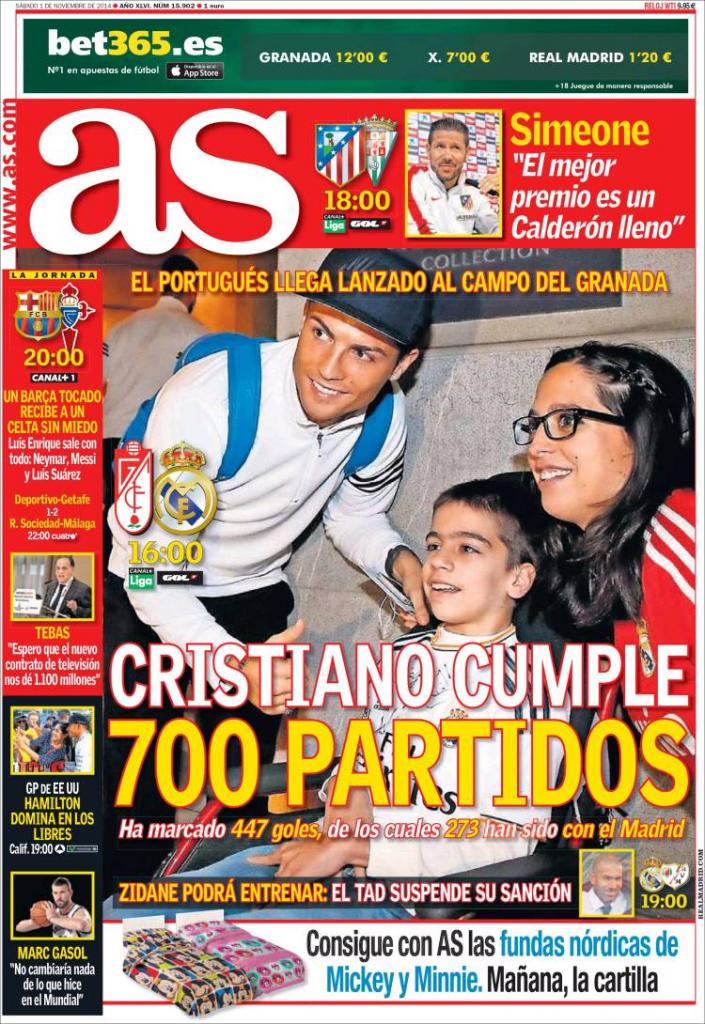 The Portuguese arrives at Granada’s ground in a hurry

Zidane will be able to coach: CAS suspends his ban

Simeone: “The best prize is a full Calderon”

A wounded Barca welcome a Celta without fear

Luis Enrique goes out with all of them: Neymar, Messi and Luis Suarez 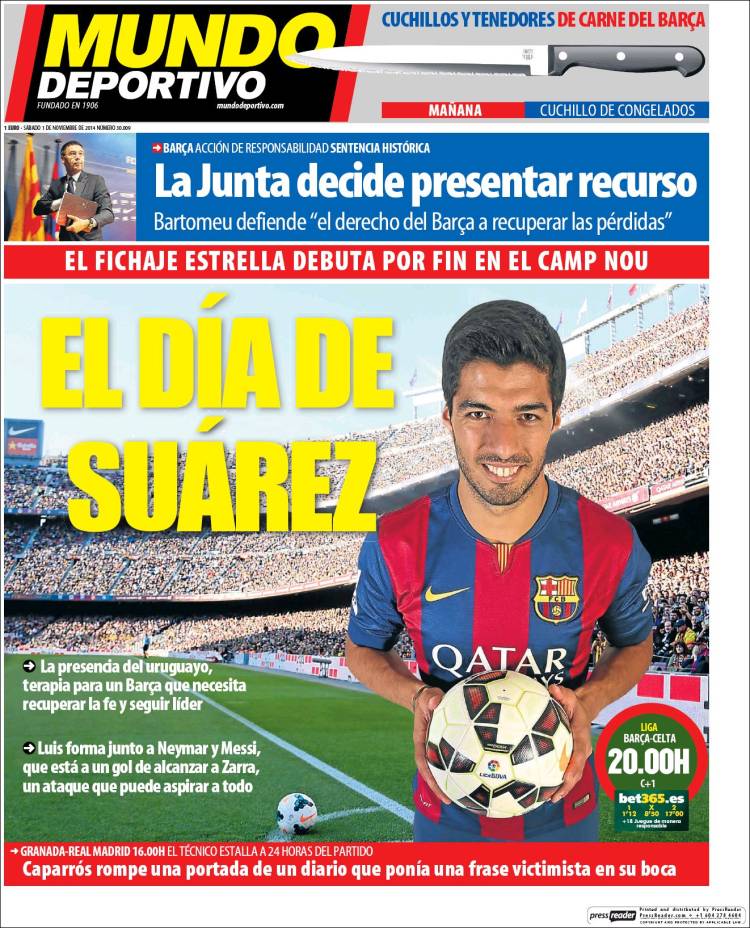 The star signing finally makes his debut at Camp Nou

The Uruguayan’s presence, therapy for a Barca that needs to get back their belief and continue as leaders

Luis lines up next to Neymar and Messi, who is one goal away from Zarra’s record, in an attack that can aspire to everything

Bartomeu defends “Barca’s right to recover what they have lost”

Granada-Real Madrid: The Coach explodes 24 hours before the match