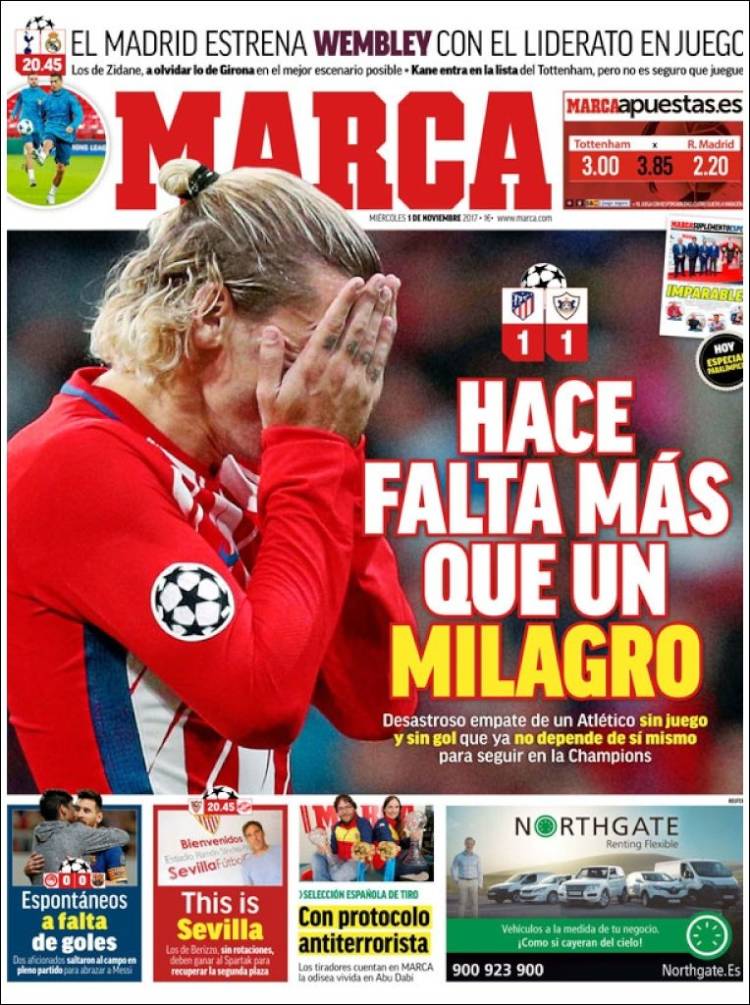 It will take more than a miracle

Disastrous draw for Atletico, who already rely on favours to reach last 16 of Champions League

Madrid premiere in Wemble with the leaders in play - Zidane's team forget about Girona, Kane in Spurs squad but not certain of start

Spontanteous in the absence of goals 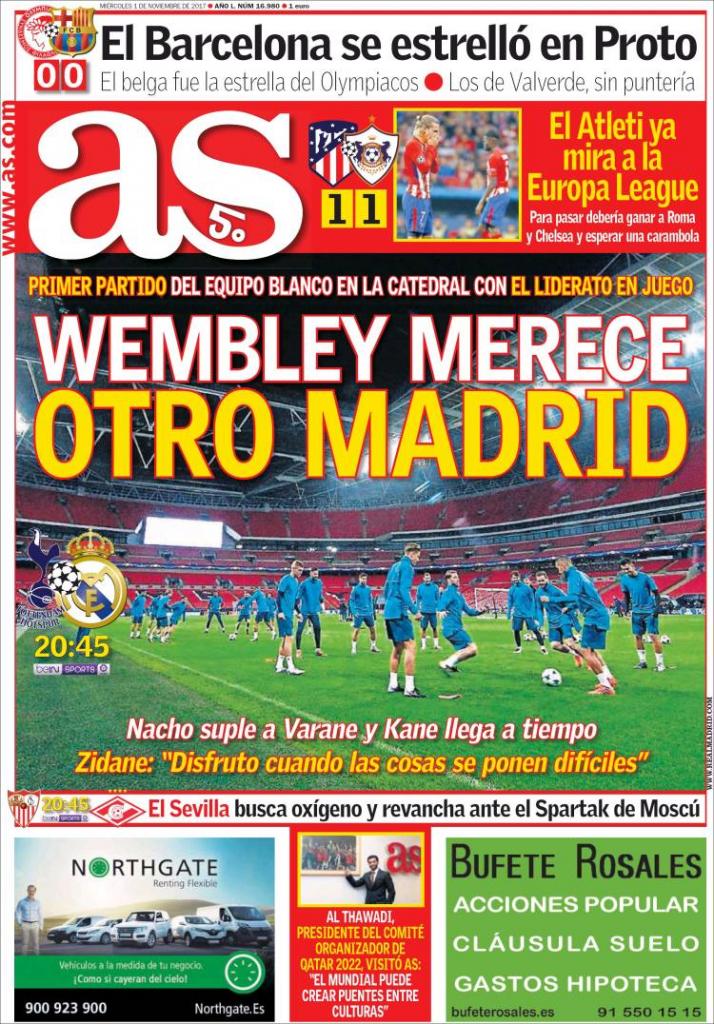 First match of Madrid in the cathedral

Nacho to replace Varane, Kane involved, Zidane: I enjoy when things are difficult

Sevilla search for oxygen and revenge against Spartak Moscow

Barcelona crash against Proto - the Belgian of Olympiakos stars, Valverde's side without aim 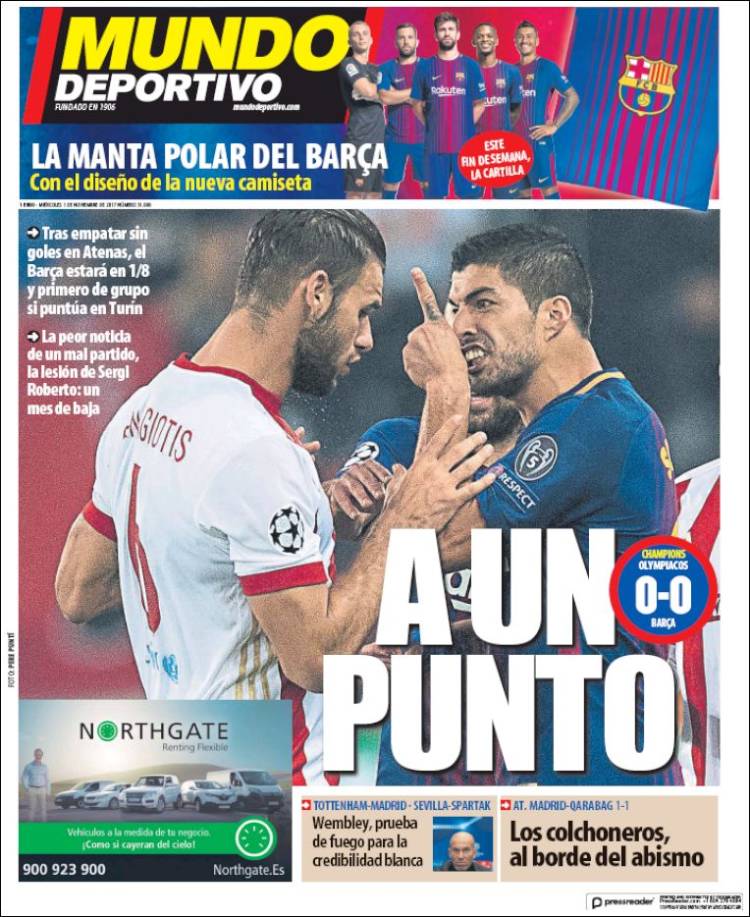 Barca need a point in Turin to qualify after a goalless draw in Athens, bad match with an injury to Sergi Roberto, up to a month out

Wembley, a test of Madrid's credability

Atleti, on the edge of the abyss