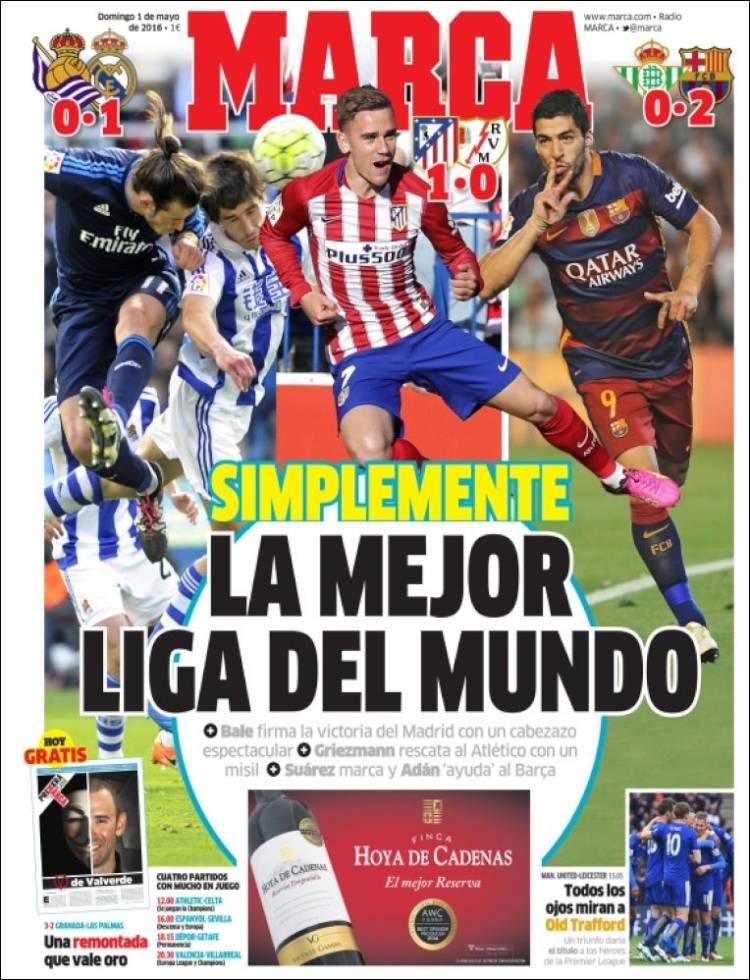 Simply the best League in the world

Bale signs off Madrid’s victory with a spectacular header

Griezmann rescues Atletico with a missile

A comeback worth its weight in gold

Four games with lots to play for

All eyes on Old Trafford 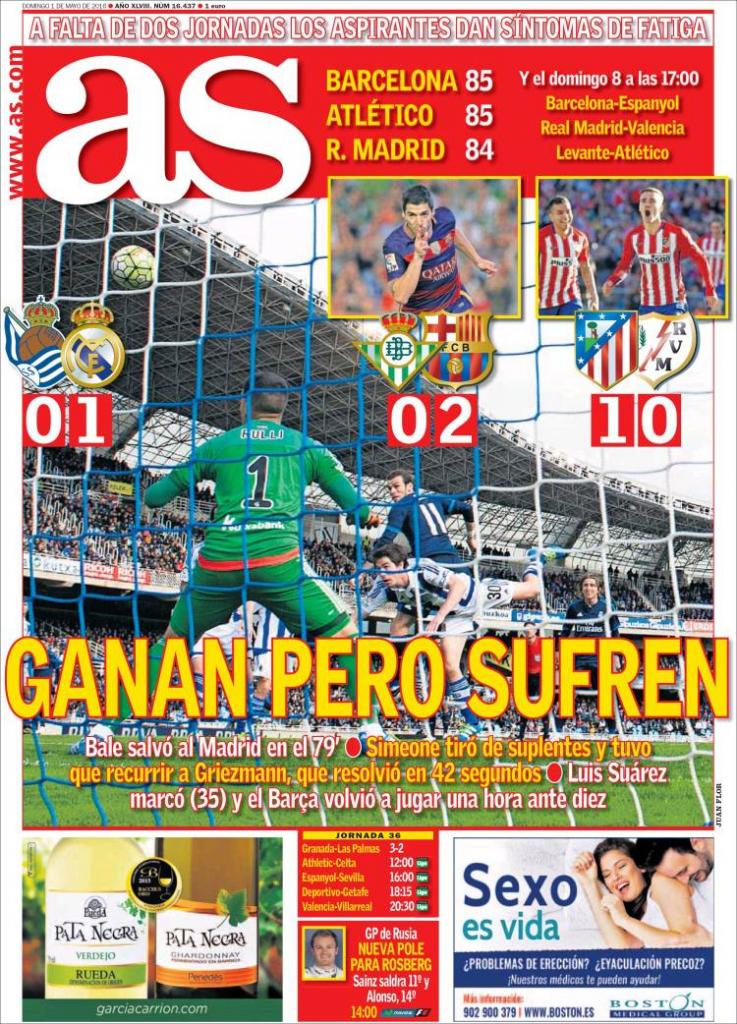 They win, but they suffer

With only two games left, the title candidates show symptoms of fatigue

Simeone went with squad players and had to rely on Griezmann, who won the game in 42 seconds 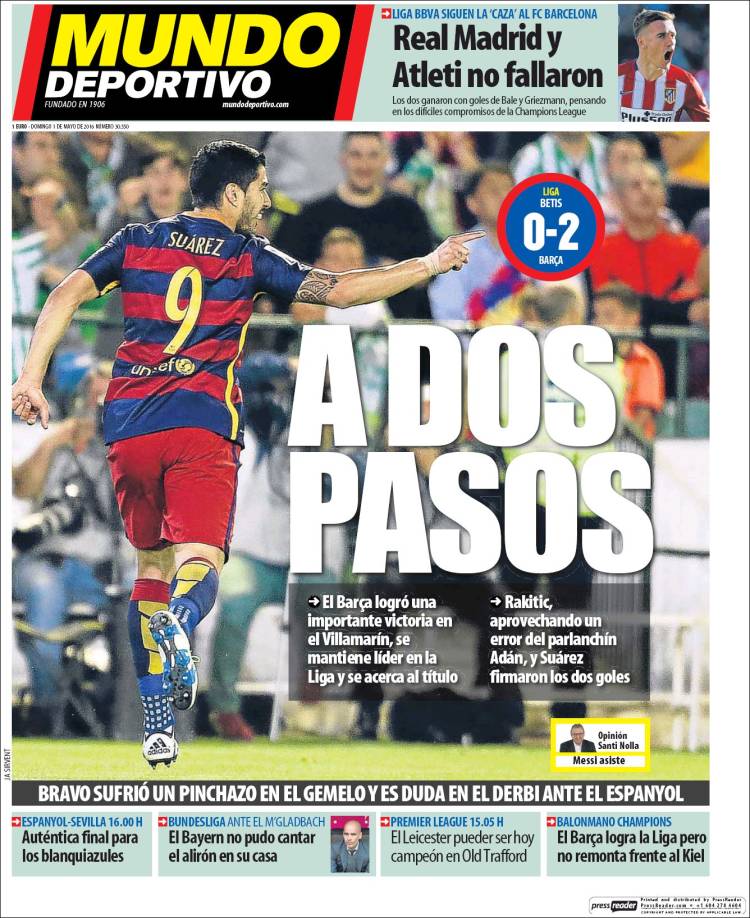 Rakitic took advantage of an error from the chatterbox Adan, while Suarez was involved in both goals

Real Madrid and Atleti did not let up

A real final for Los Blanquiazules

Bayern could not sing the victory song at home

Leicester can be crowned champions at Old Trafford today