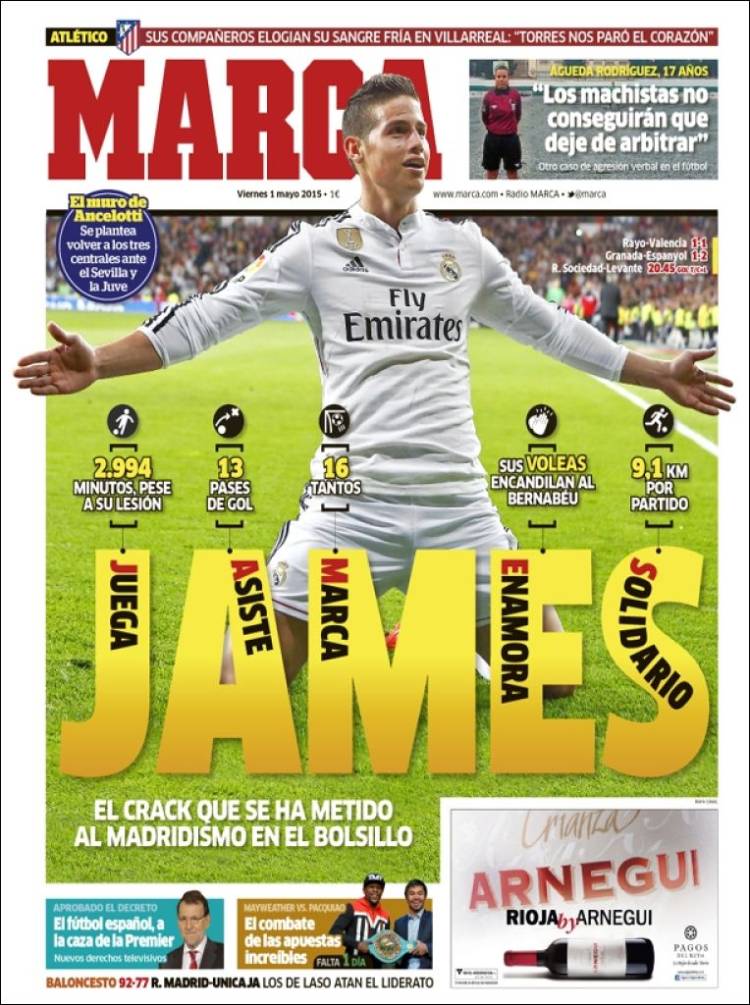 The star has embraced ‘Madridismo’

2,994 minutes despite his injury, 13 assists, 16 goals, his volleys enthral the Bernabeu, 9.1m covered per game

Ancelotti’s wall: he plans to return to three central defenders against Sevilla and Juve

Atletico: his teammates praise his cold blood at Villarreal. “Torres stopped our hearts”

Agueda Rodriguez, 17: “The macho men don’t get it that I’m a referee”. Another case of verbal aggression in football

The law tested. Spanish football, on the hunt for the Premier model. New television rights 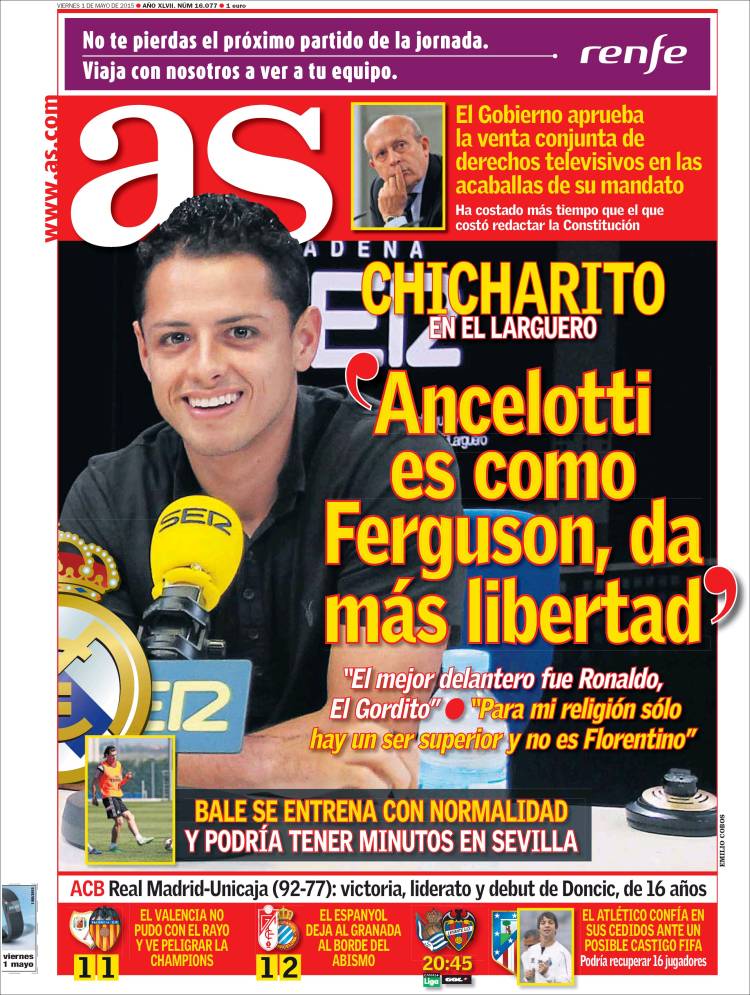 “Ancelotti is like Ferguson, he allows you more freedom”

Bale trains normally and could get minutes against Sevilla

It has taken more time than to draft the constitution

Espanyol leave Granada on the edge of the abyss

Atletico trust in their loan players ahead of a possible FIFA sanction. They could get 16 players back 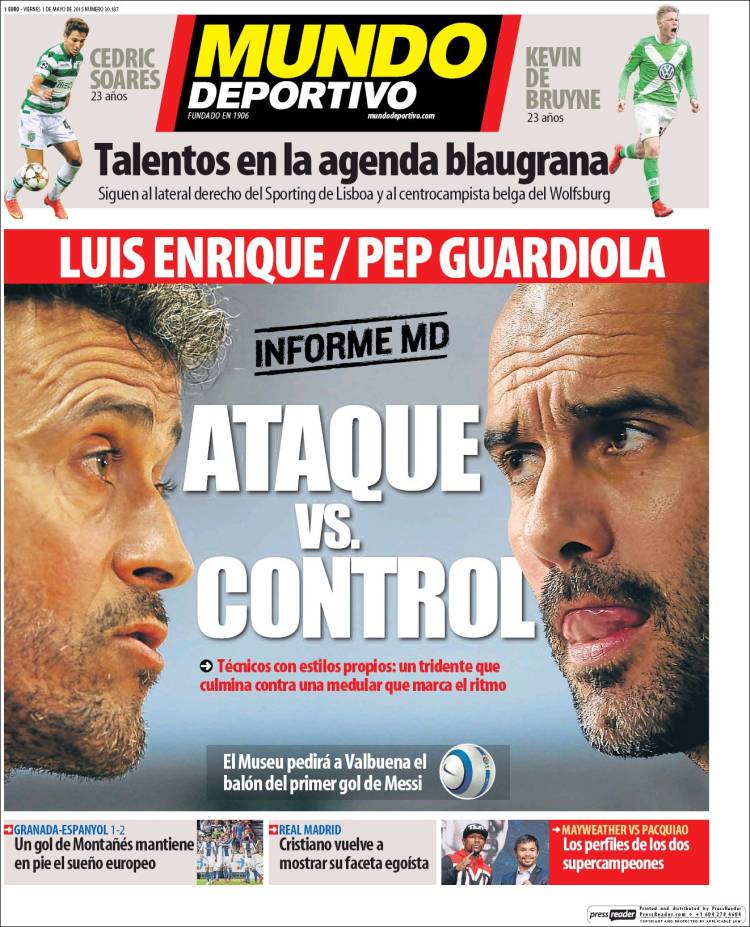 Coaches with their own style: a trident that concludes with a spine that marks the rhythm

Cedric Soares, 23, and Kevin de Bruyne, 23. Talents on the Blaugrana agenda. They are tracking the Sporting Lisbon right-back and Wolfsburg’s Belgian central midfielder

Cristiano again shows his egotistic side