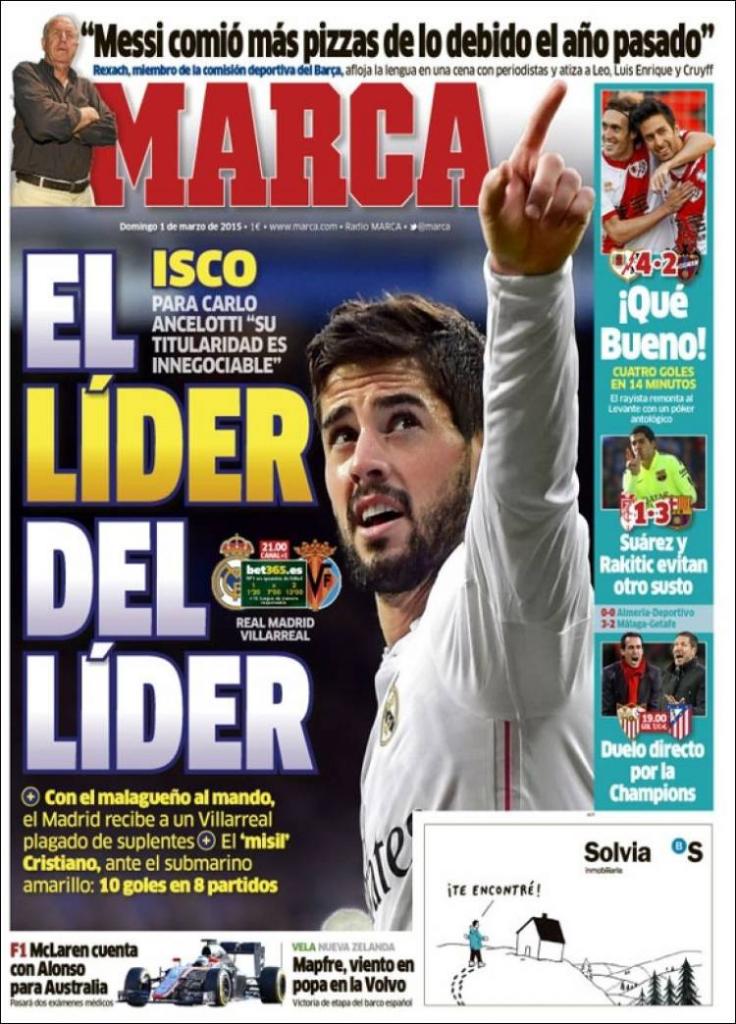 The leader of leaders

Isco: For Carlo Ancelotti “his first-team selection is non-negotiable “

With the Malaga man in charge, Madrid welcome a Villarreal full of changes

Cristiano the ‘missile’: 10 goals in 8 games against the Yellow Submarine

“Messi ate more pizzas than he should have last year”

Rexach, a member of Barcelona’s sporting body, opens up at a meal with a journalist and targets Leo, Luis Enrique and Cruyff

How good! Four goals in 14 minutes

Rayo come back against Levante against all the odds

Suarez and Rakitic avoid another fright 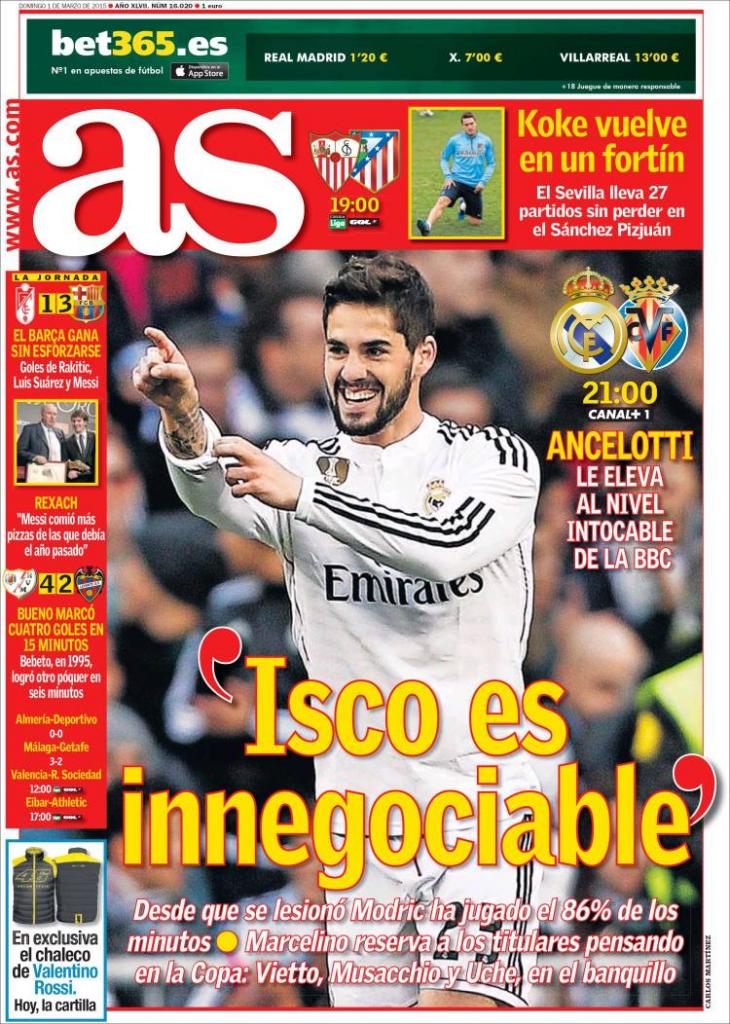 Ancelotti elevates him to the untouchable level of the BBC

Marcelino holds back his first choice players thinking of the Cup: Vietto, Musacchio and Uche on the bench

Koke returns at a fortress: Sevilla have gone 27 games without losing at the Sanchez Pizjuan

Barca win without exerting themselves: goals from Rakitic, Luis Suarez and Messi

Rexach: “Messi ate more pizzas than he should have last year”

Bueno scores four goals in 15 minutes: Bebeto, in 1995, did the poker hand in six minutes 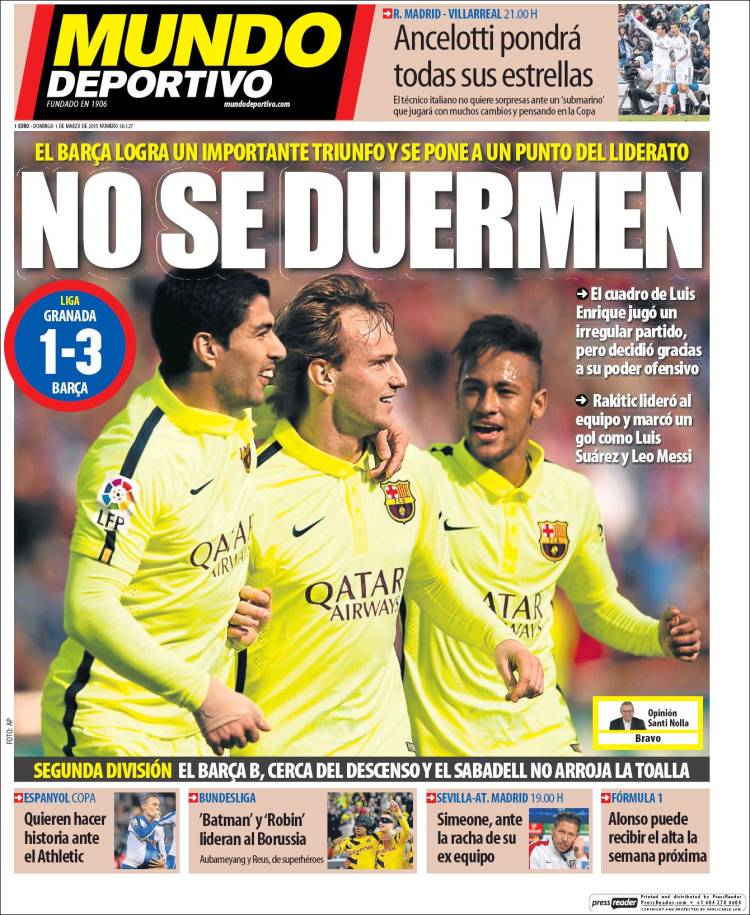 Rakitic led the team and scored a goal, as did Luis Suarez and Messi

Ancelotti will put out all his stars: the Italian Coach does not want any surprises against a ‘Submarine’ that will play with a lot of changes thinking about the Cup

Second Division: Barca B near the relegation zone and Sabadell don’t throw the towel in

Espanyol in the Cup: they want to make history against Athletic

Simeone, up against his old team’s great run