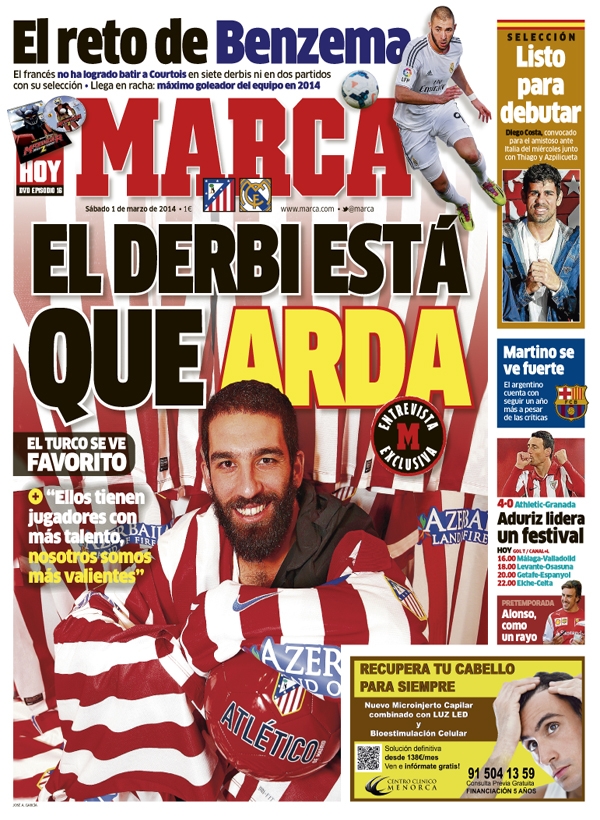 Arda's derby
"They have great players, we have more courage," Arda
Benzema's challenge
The Frenchman has not scored against Courtois in even derbies, nor at international level
He arrives in form; he is Madrid's top scorer in 2014
Ready to debut
Diego Costa has been called up to the national team for a friendly against Italy on Wednesday, along with Thiago and Azilipilicueta
Martino's positive outlook
The Argentine is counting on a continuing next year despite criticism
Aduriz leads the festival 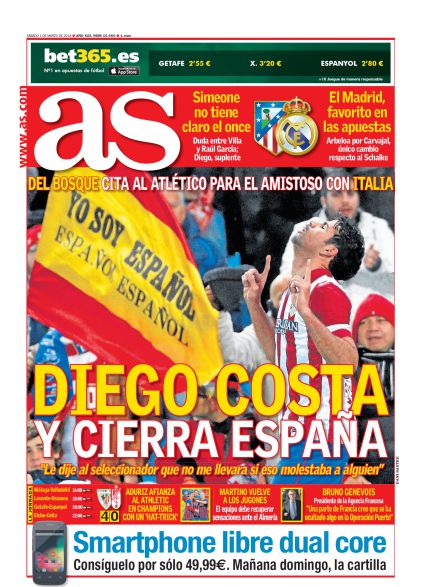 Diego Costa is Spanish
"I said to the coach not to take me if it annoyed someone"
Simeone does not have his ideal eleven yet
Doubts about Villa and Raul Garcia, Diego is on the bench
Madrid is the bookies' favourite
Arbeloa for Carvajal, the only change from Schalke
Martino recalls his best ball-players
The team must recover the form they showed against Almeria
Bruno Genevois, President of the French Agency
"A part of France believes that something has still not been revealed in the Operation Puerto" 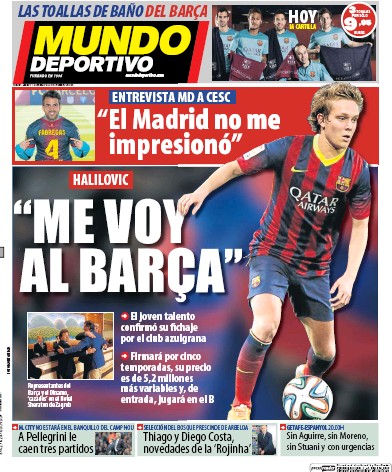 "I am going to Barca," Halilovic
The starlet confirms his signing for Barca
He will sign for five years at a price of 5.2€ million plus bonuses and, at the start, he will play with the B side
"Madrid do not impress me", Cesc
Thiago and Diego Costa, the new additions to the Brazilian La Roja
Pellegrini given three games; he will not be on the bench at Camp Nou