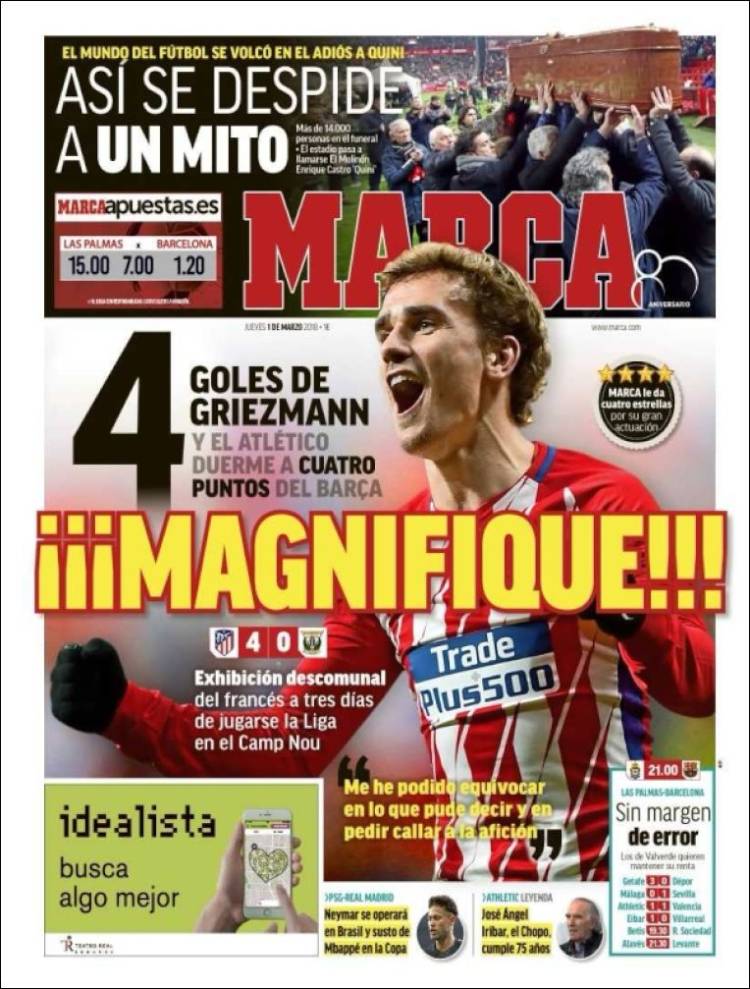 Four goals for Griezmann, Atleti within 4 points of Barca, three days before the two play

So a legend is dismissed

Neymar to be operated in Brazil, Mbappe injured

Barca, with no margin for error 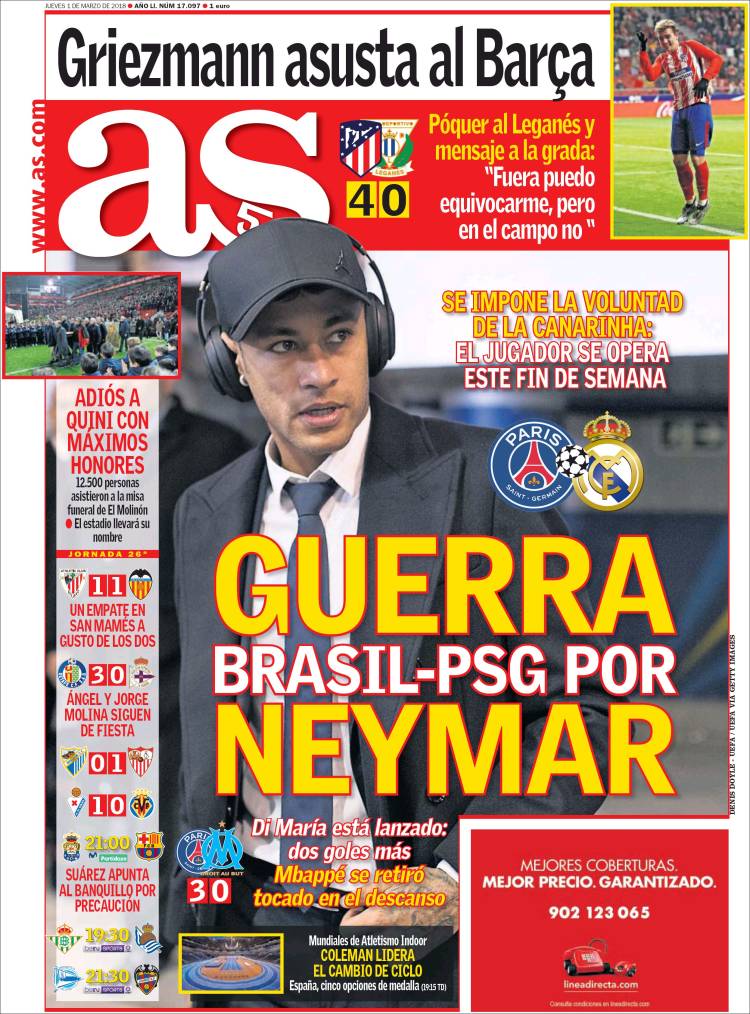 War between PSG and Brazil for Neymar

To be operated on at the end of the season

Suarez to be benched for Las Palmas 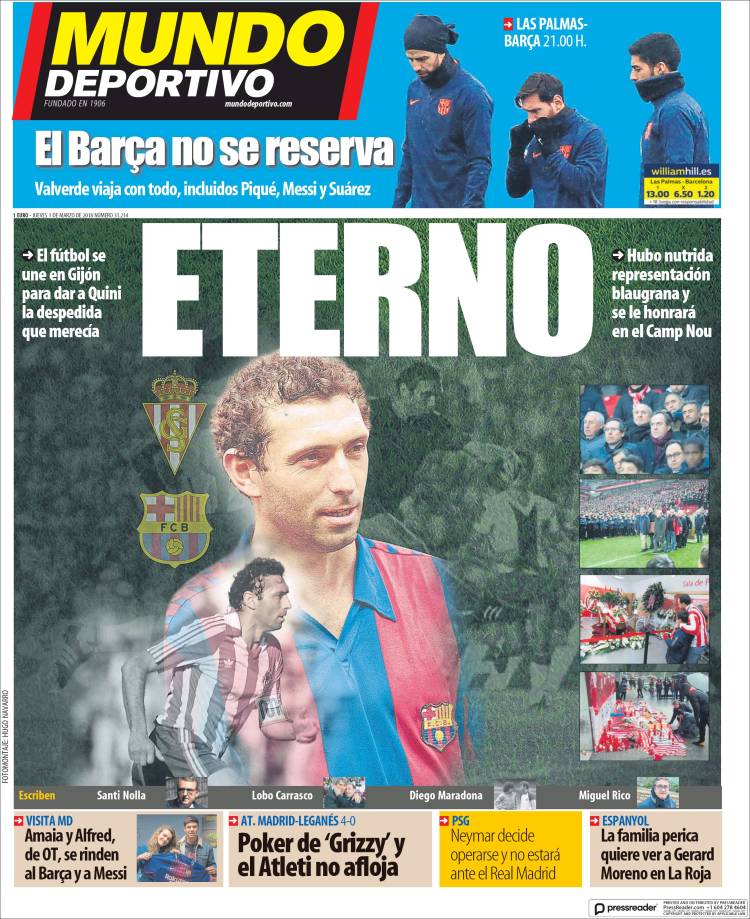