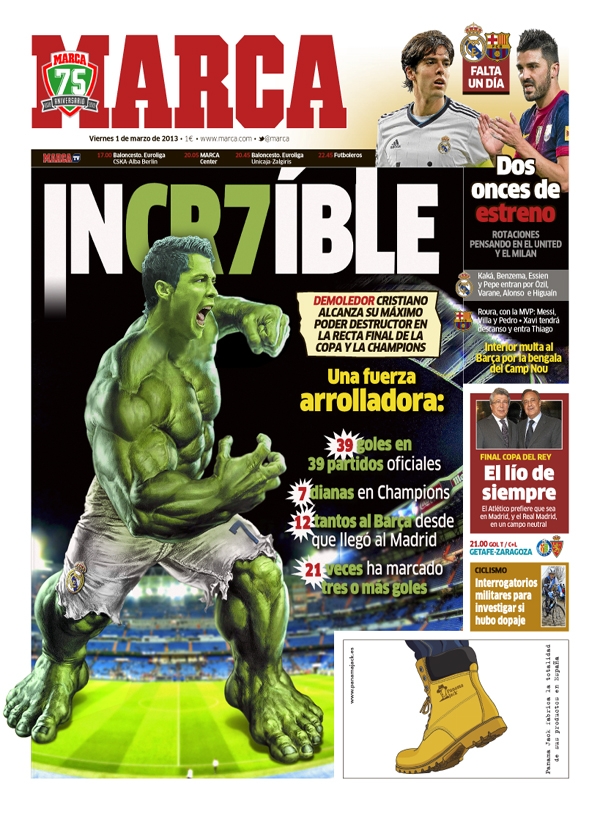 39 goals in 39 official games this season

7 strikes in the Champions

12 against Barcelona since his arrival at Madrid

21 times has he scored three or more goals

Kaka, Benzema, Essien and Pepe will in place of Ozil, Varane, Alonso and Higuain

Xavi to be rested and Thiago comes in

Fine given to Barca for the flares at Camp Nou

Final of the Copa del Rey: Always a mess

Atletico prefer it to be in Madrid, Real Madrid want a neutral field 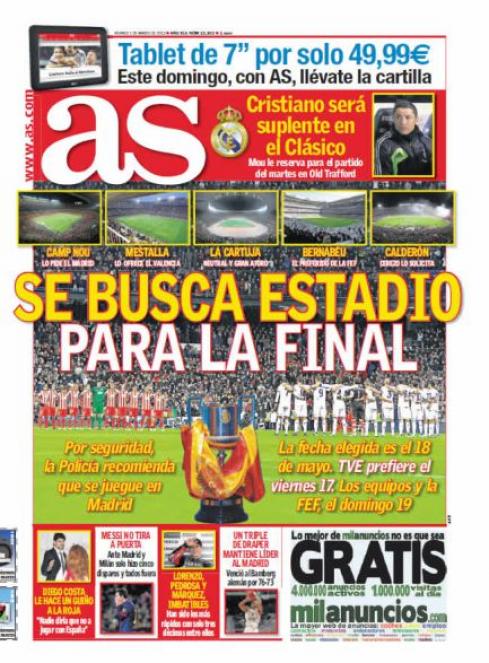 The search for the stadium for the final

The date chosen is the 18 May

TVE prefers the 17 May

The teams and the FEF want Sunday 19

Cristiano will be a substitute in the Clasico

Mou rests him for the game on Tuesday at Old Trafford

Messi is not kicking at the goal

Lorenze, Pedrosa and Marquez are unbeatable 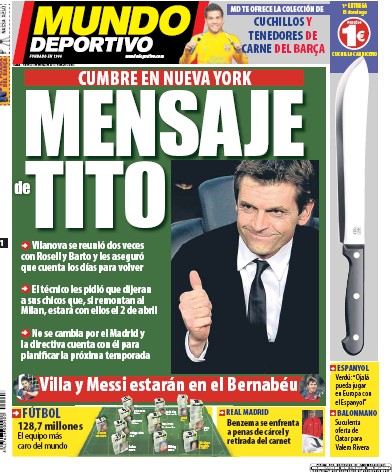 If it does not change, the directors will plan with him for next season

Villa and Messi to play at the Bernabeu

Football: 128.7 million, the most expensive team in the world

Real Madrid: Benzema faces a possible prison sentence and the loss of his driving licence

Espanyol, Verdu: "God willing, I can play in the Europe with Espanyol"