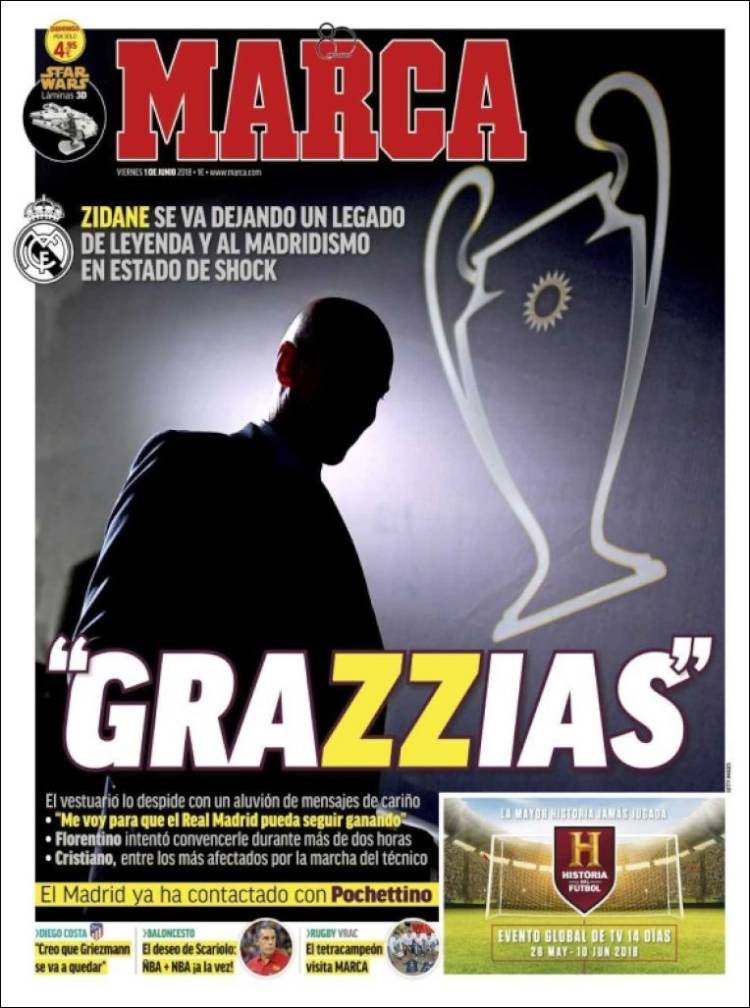 Zidane leaves position as a legend and shocks everyone by exiting

Pochettino the number one target 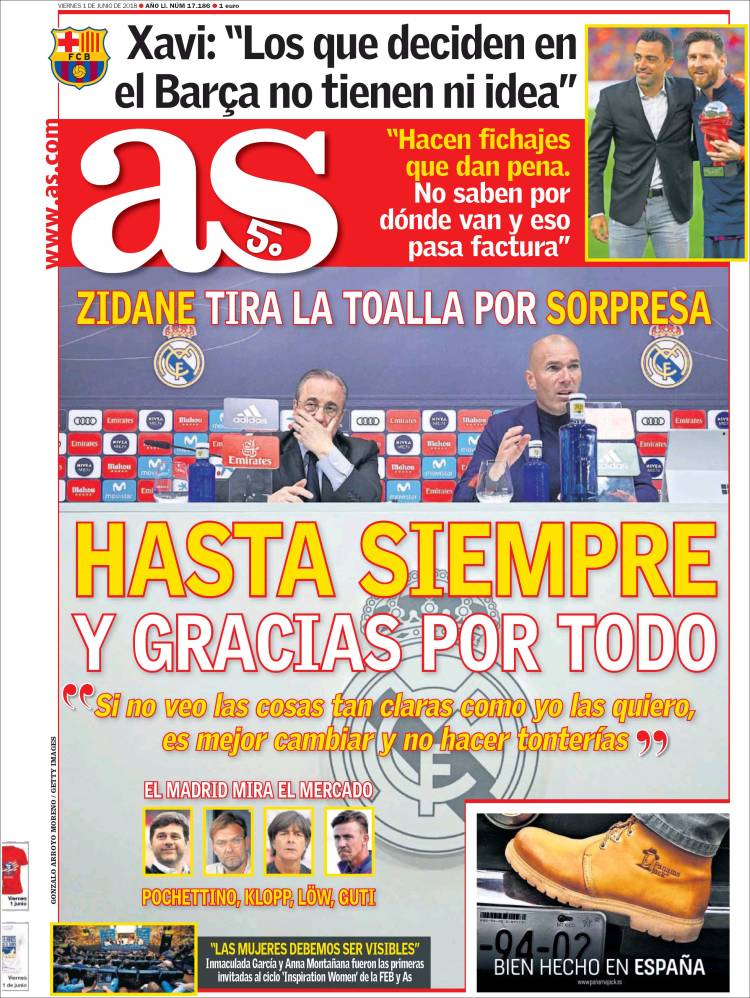 Until forever and thanks for everything

Zidane shockingly hands in the towel

"If things aren't as clear as I'd like them to be, change is for the best with no nonsense"

Xavi: Those who make decisions at Barca have no idea 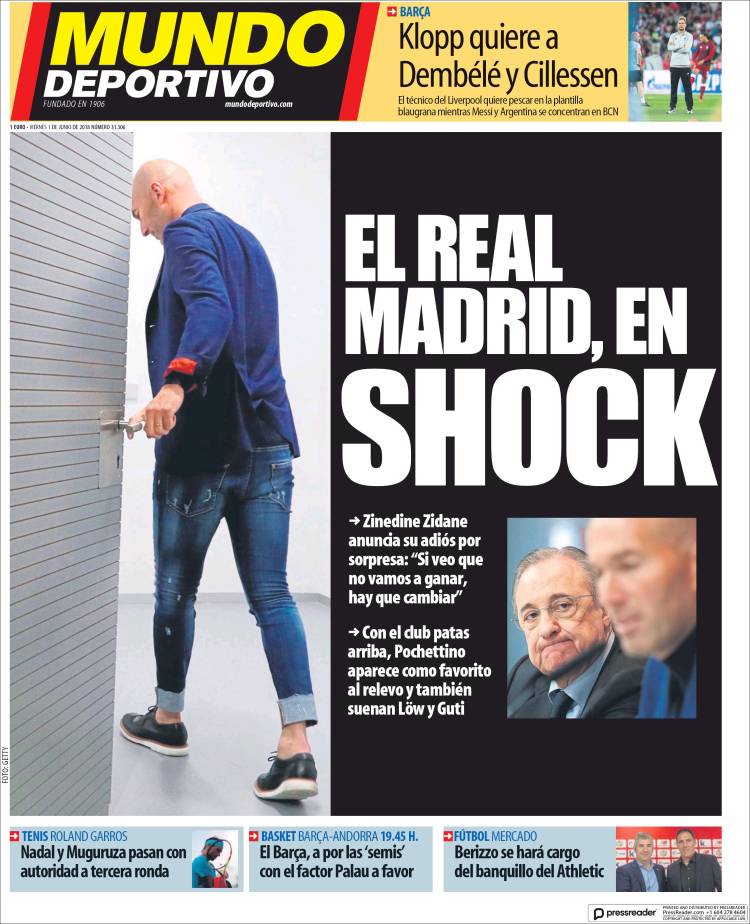 Zidane announces his departure: 'Change is for the best', Pochettino the favourite to replace, also Guti and Low