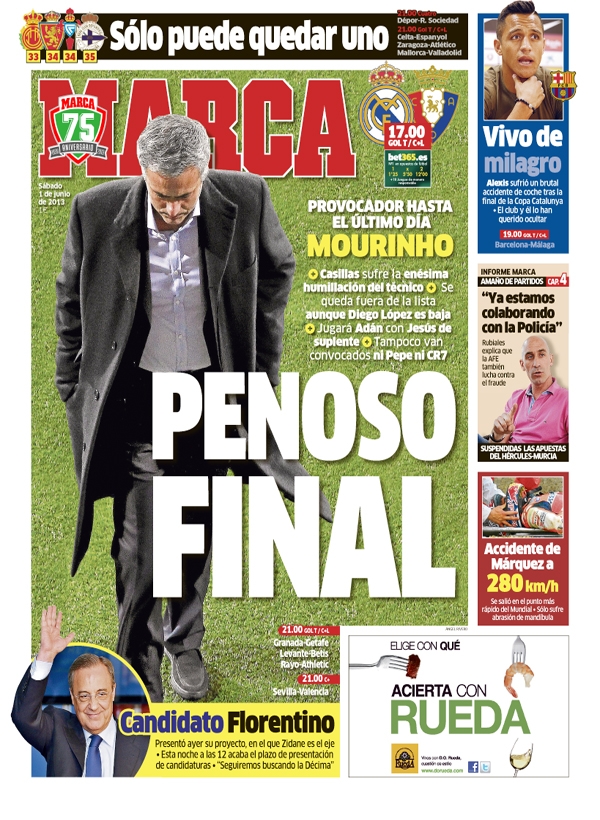 A provocative until the last day, Mourinho

Casillas suffers for the umpteenth time the humiliation of the coach

Adan will play with Jesus as a reserve

CR7 or Pepe will also be left out

Yesterday he presented his project which has Zidane at the centre

Potential candidates have until 12 tonight to present themselves

"We will continue searching for La Decima"

It was a miracle

The club wanted to keep it quiet

Match fixing scandal: "Alread we have collaborated with the police"

Rubiales explains that the AFE also are fighting against fraud

Betting is off for Hercules v Murcia

Marquez suffers an accident at 280km

He had the fastest start recorded ever

He only suffers an abrasion 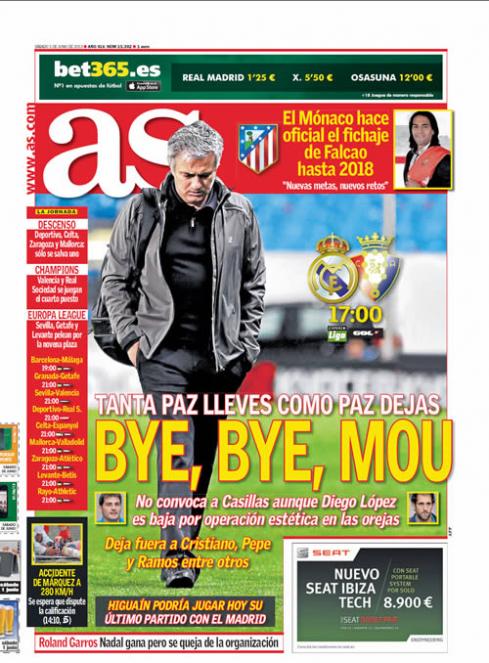 You take as much peace as you leave

He leaves CR7, Pepe and Ramos amongst others out of the team

Higuain could play today his last game for Real Madrid

Monaco make it official the signing of Falcao in 2018

Relegation: Deportivo, Celta, Zaragoza and Mallorca: only one will survive

Marquez has an accident at 280km

He still hopes to qualify

Roland Garros: Nadal wins but complains of the organisation 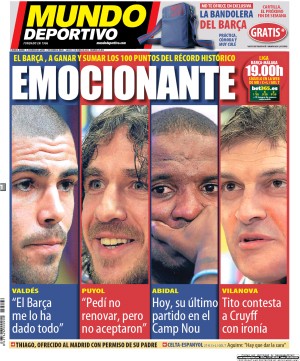 Excitement: Barca, to win and collect an historic 100 points

Valdes: "Barca have given me everything"

Puyol: "I asked not to renew but they did not accept this proposal"

Abidal: "Today, my last game at the Camp Nou"

La Liga: Final day drama at the tail-end and top-end of the table

Real Madrid: Mou's last day and he does not call up Casillas