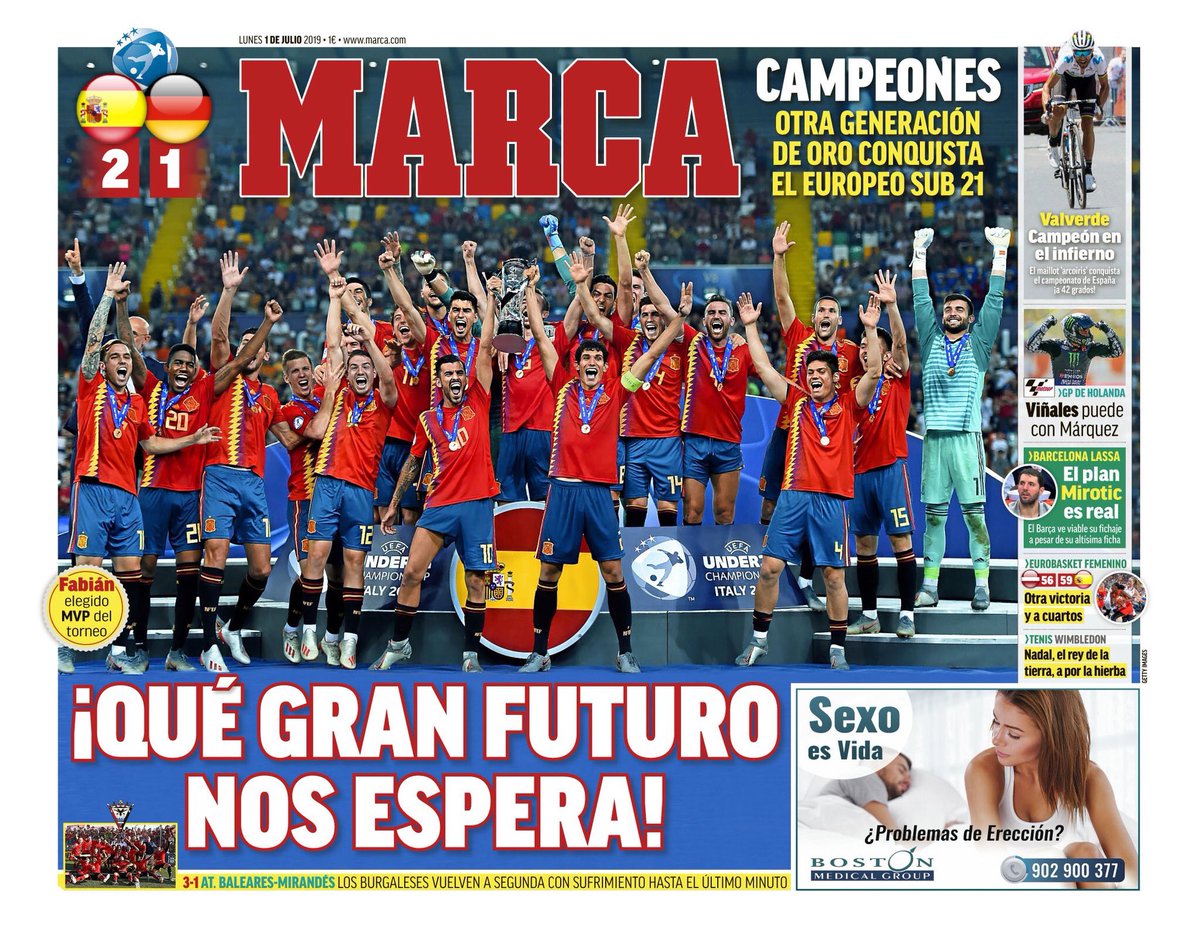 A great future awaits us

Champions - another generation conquers the Under-21 tournament 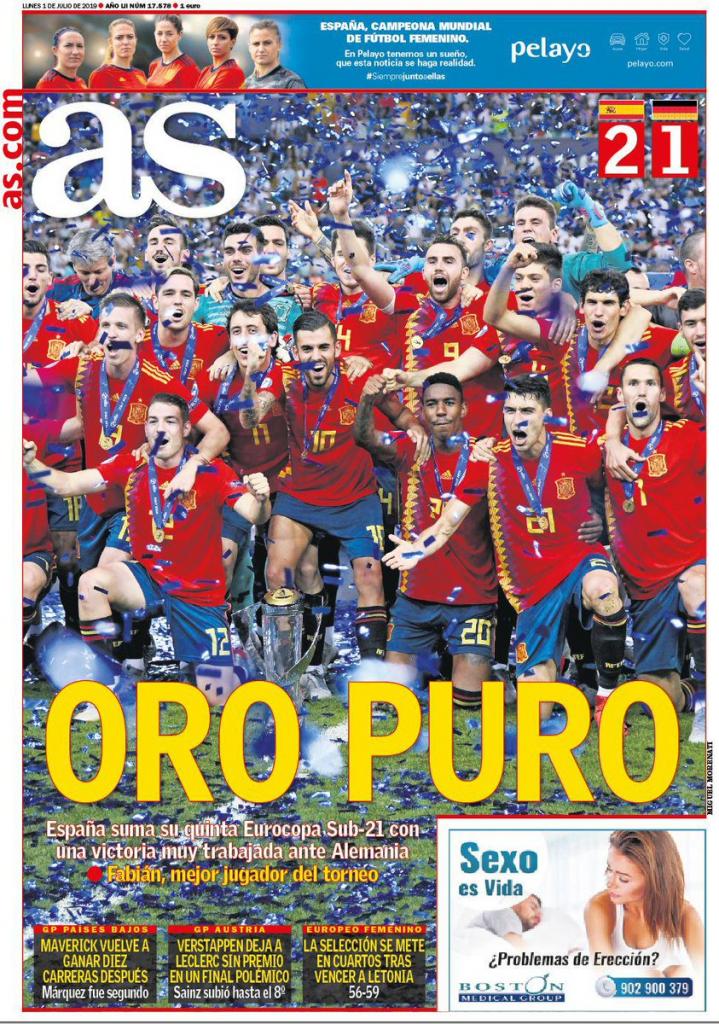 Spain wins its fifth Under-21 tournament, beat Germany in the final, Fabian the player of the tournament 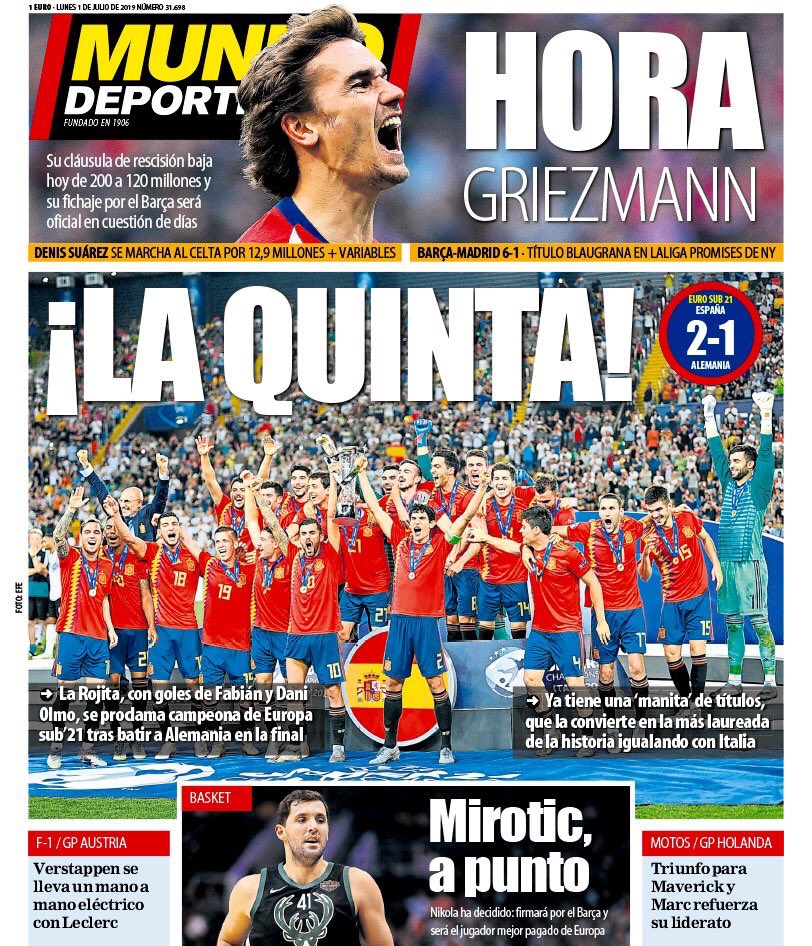 Goals from Fabian Ruiz and Dani Olmo propel Spain to victory over Germany, they now have a 'manita' of titles

Griezmann time - his clause goes down to 120m today