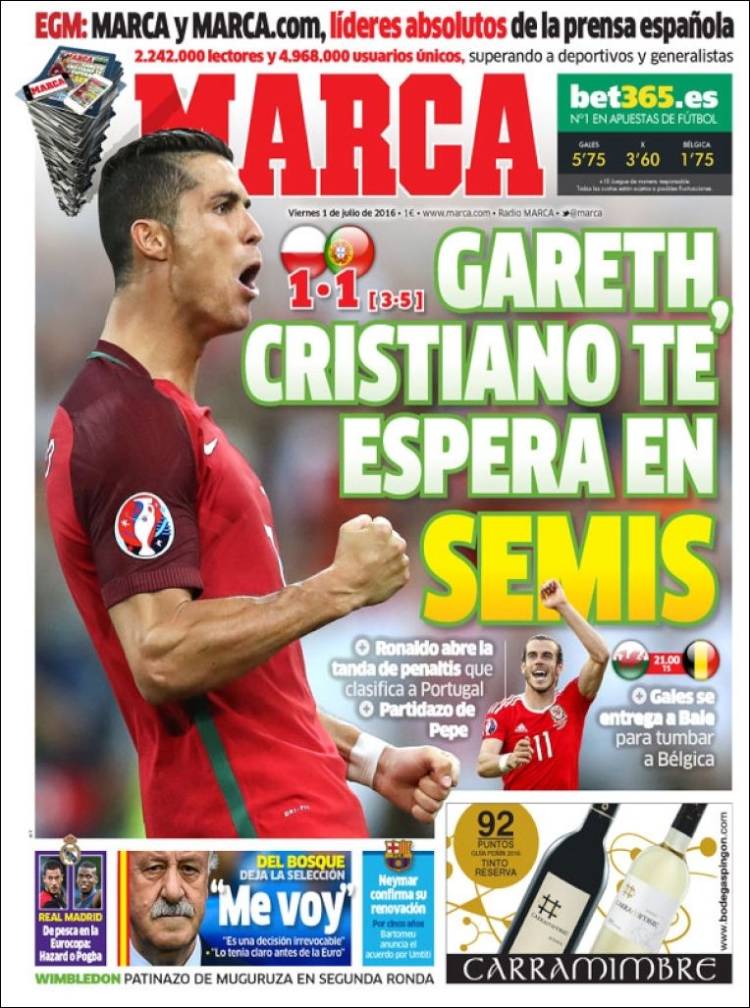 Gareth, Cristiano awaits you in the semis

Ronaldo opens a penalty shootout that sends Portugal through

Wales turn to Gale in knocking out Belgium

Real Madrid, fishing at the Euros: Hazard or Pogba

“It was made before the Euros” 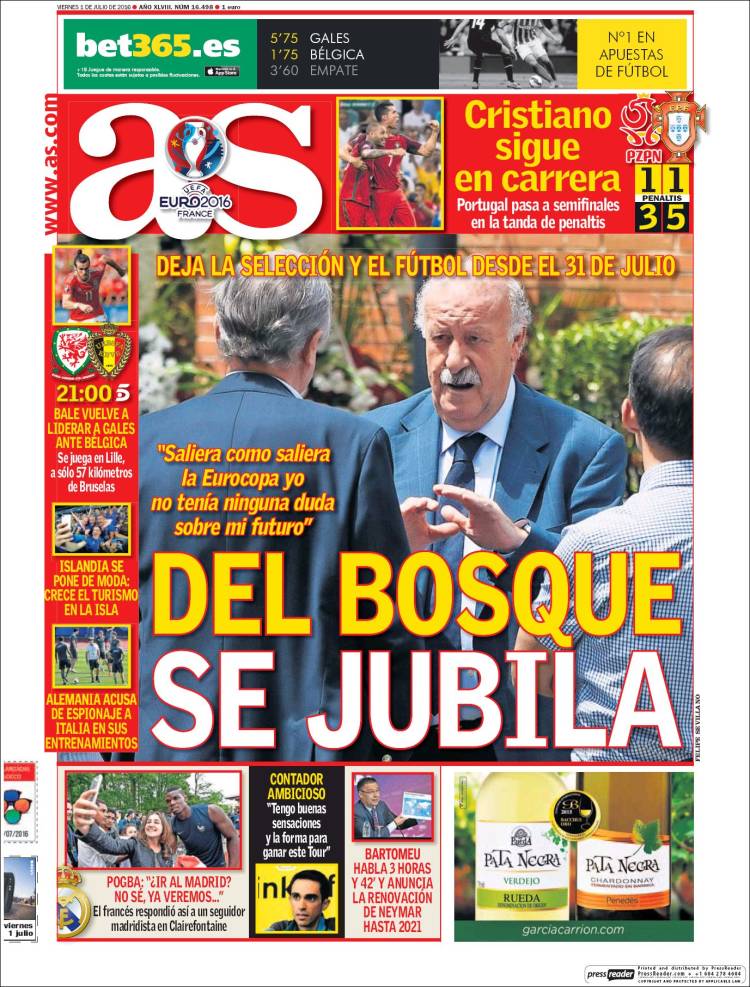 He will leave the national team and football on July 31

“I had no doubts about my future”

Cristiano stays in the race

Portugal through to the semi-finals on penalties

It will be played in Lille, just 57km from Brussels

The Frenchman was responding to a Madrid follower in Clairefontaine 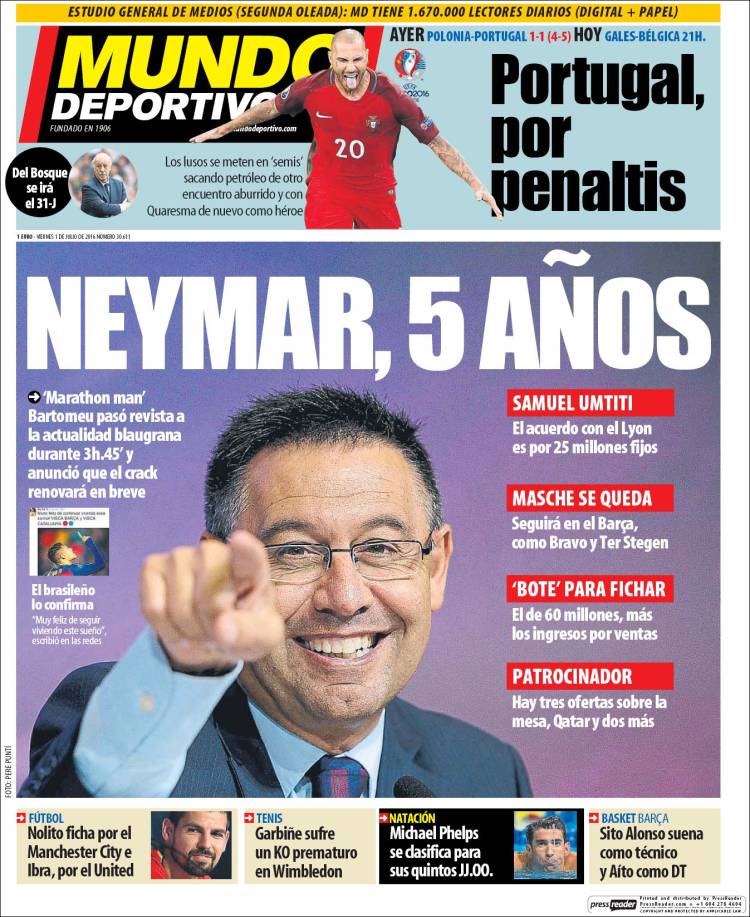 The agreement with Lyon is fixed at €25m

He will continue at Barca, as will Bravo and Ter Stegen

There are three offers on the table, one from Qatar and two more

“Very happy to continue living this dream,” he wrote on social media

Nolito signs for Manchester City and Ibra, to United

Lusos reach the semis by striking gold after another boring encounter, with Quaresma again the hero