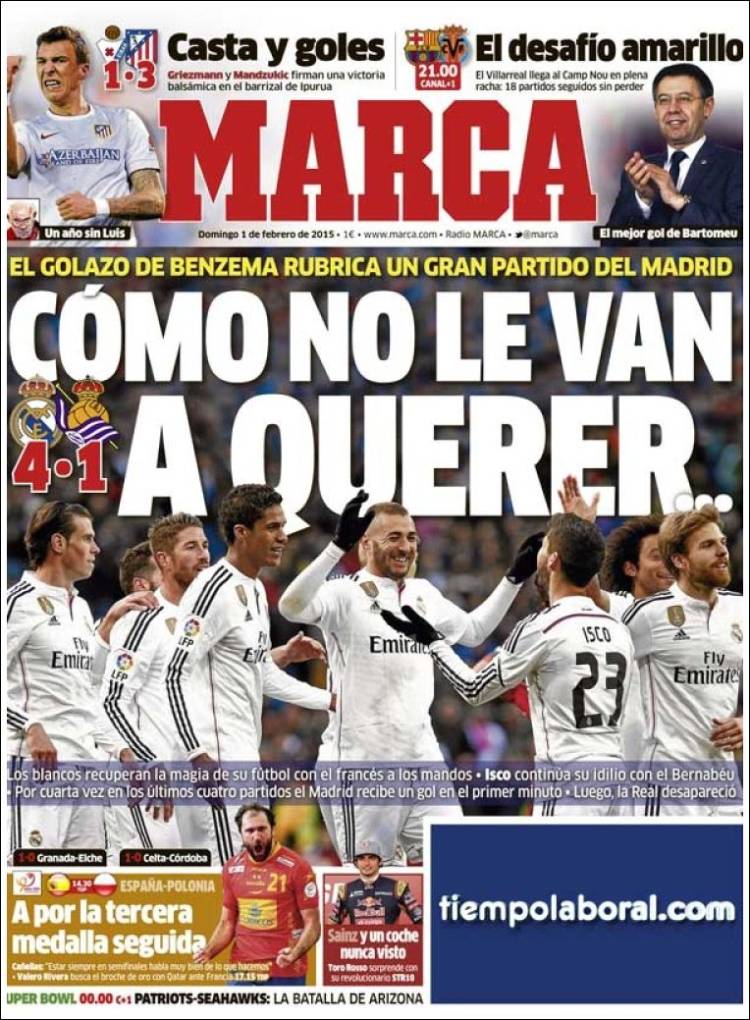 How could they not want him

Benzema’s superb goal rounds off a great match from Madrid

Isco maintains his love affair with the Bernabeu

After that, La Real disappeared

Class and goals: Griezmann and Mandzukic seal a calming victory in the Ipurua mud

The yellow challenge: Villarreal arrive at the Camp Nou in full flow, 18 consecutive games without losing 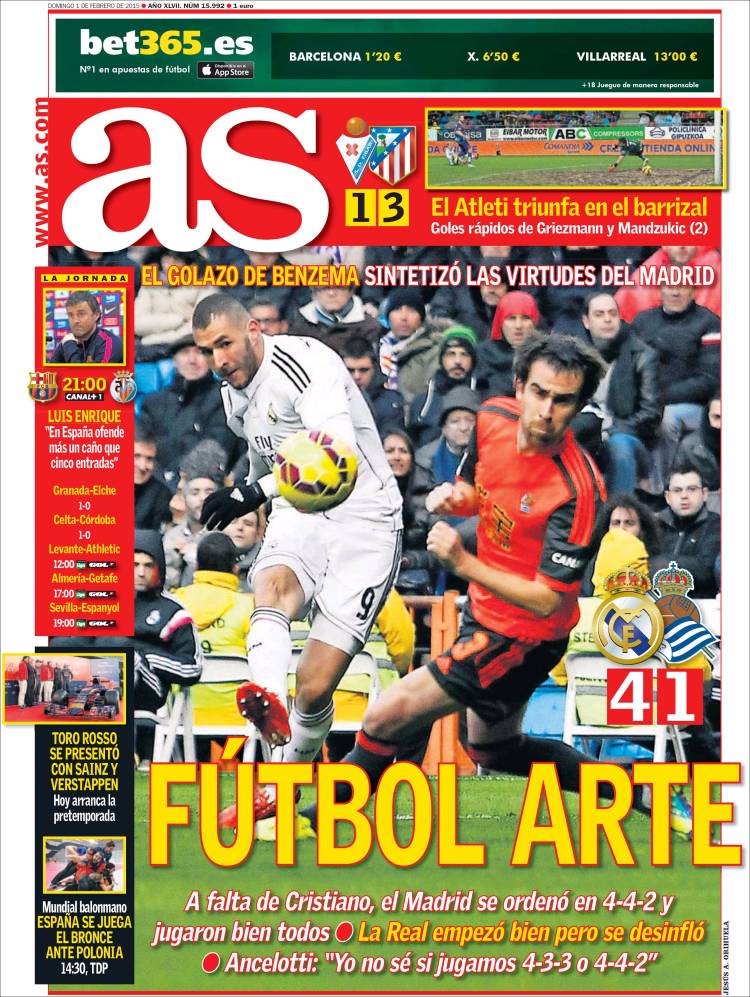 In Cristiano’s absence, Madrid lined up in a 4-4-2 formation and everyone played well

Atleti triumph in the mud

Quick goals from Griezmann and Mandzukic (2)

Luis Enrique: “In Spain a slap is more of an offence than five tackles” 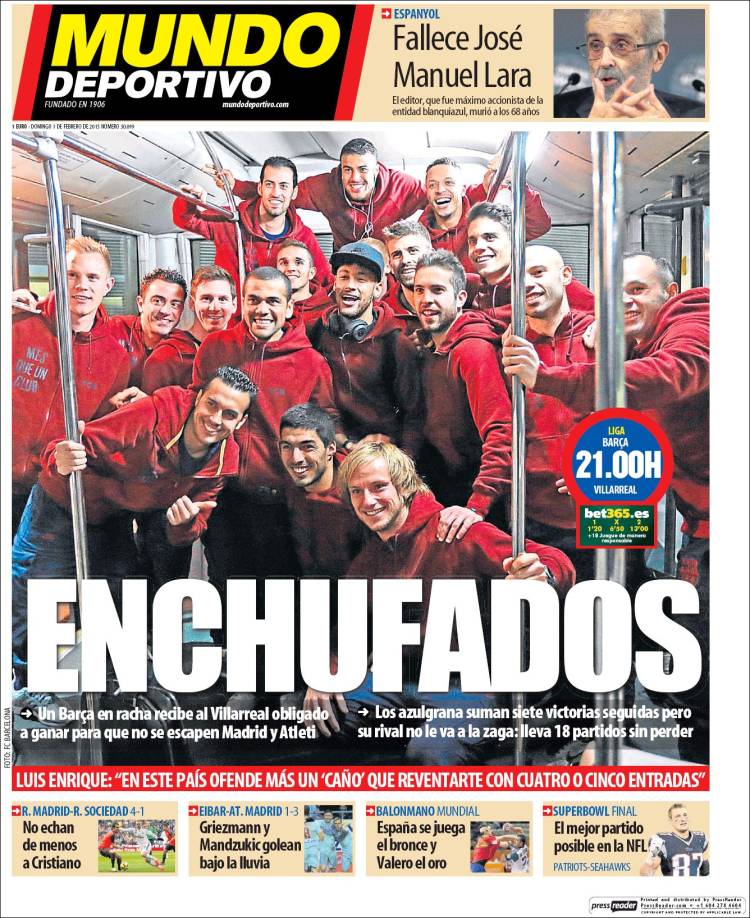 Barca, on a good run, welcome a Villarreal obliged to win so Madrid and Atleti don’t escape them

The Blaugrana have won their last seven games but their opponents are not lagging behind: they have gone 18 games without losing

Luis Enrique: “In this country you offend more with a slap than breaking someone with four or five tackles”

The editor, who was the major shareholder with Los Blanquiazules, dies aged 68

Eibar 1 Atletico Madrid 3: Griezmann and Mandzukic get the goals beneath the rain