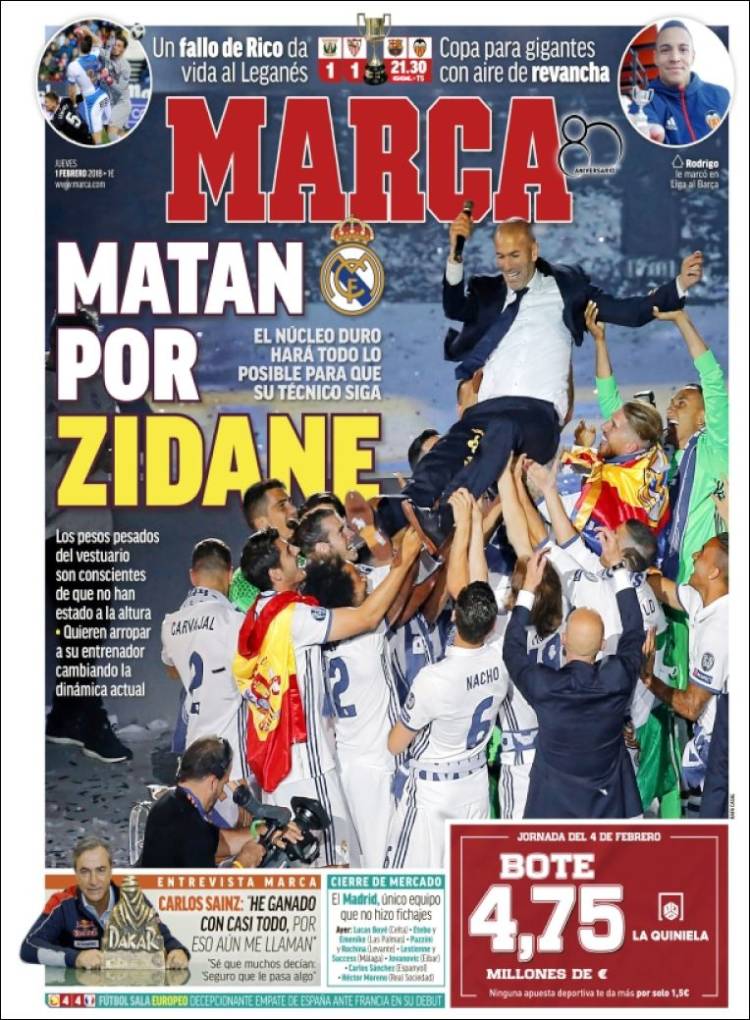 The core nucleus will do everything possible for Zizou to continue

The dressing room heavyweights are conscious that they haven't been at their best, they want their current Coach to change the dynamic

The Copa for giants with an air of revenge

Madrid, the only team to make no signings 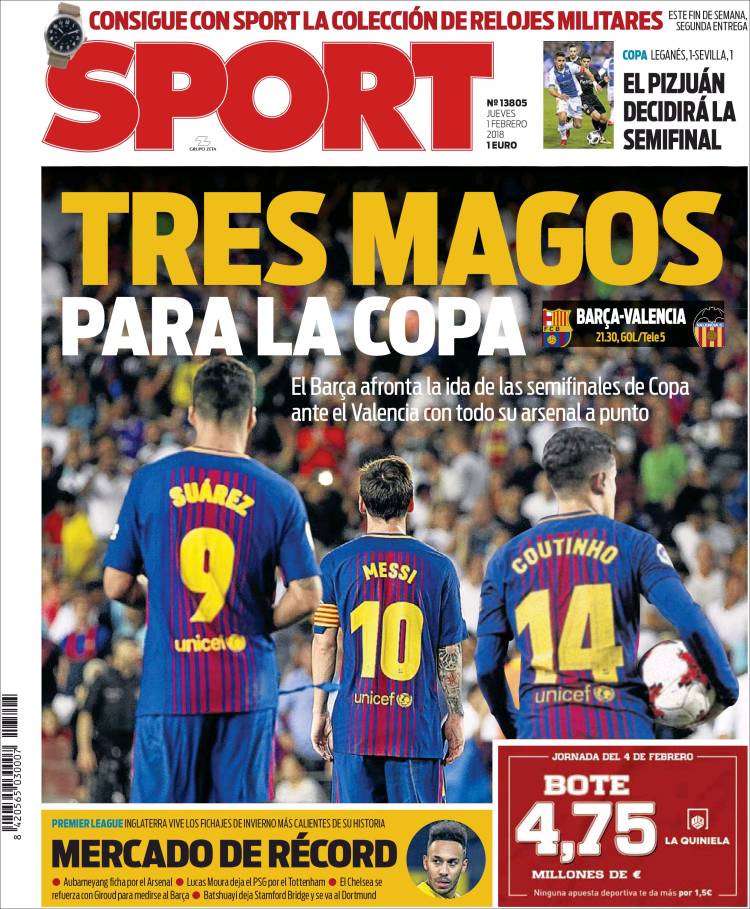 Three magicians for the Copa

The Pizjuan to decide the semi-final 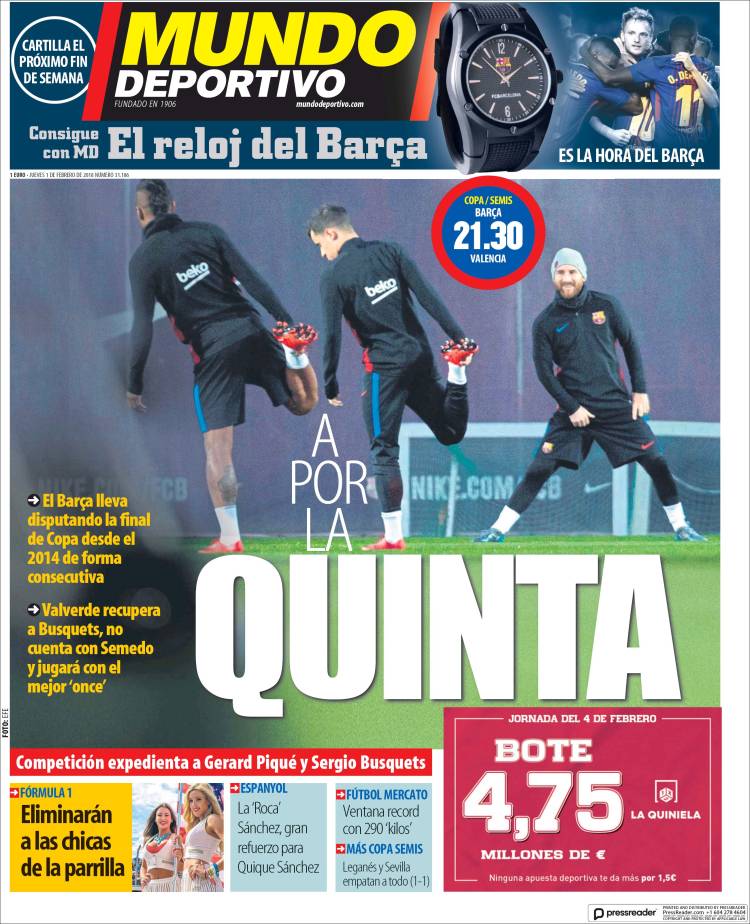 Barca want to keep successive run of Copa final appearances going since 2014, Valverde to bring back Busquets but not Semedo, 'strongest XI'

'Roca' Sanchez a reinforcement for Espanyol

Leganes and Sevilla with all to play for