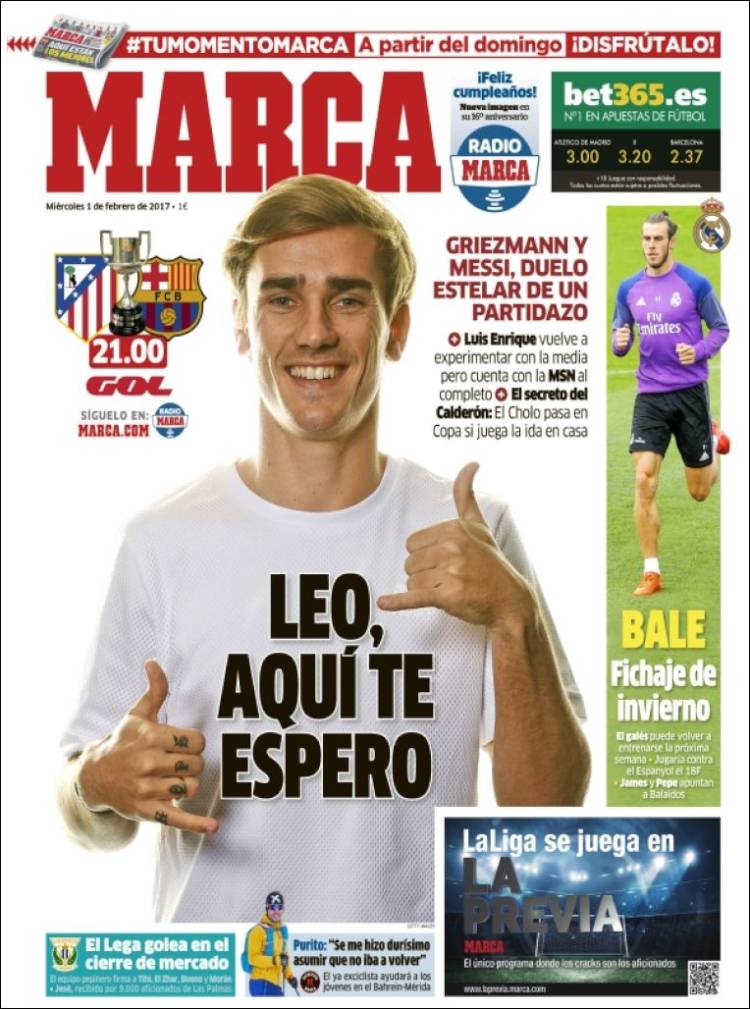 Leo, I'll wait for you here

Griezmann and Messi, a stellar dual in what promises to be a great game

Luis Enrique will experiment with the team again but will rely on MSN, the Calderon's secret: they go through when playing first legs at home

Bale - signing of the winter - the Welsh international returns to training next week, will play against Espanyol in a few weeks, James and Pepe to return at Balaidos

Leganes deals at close of market 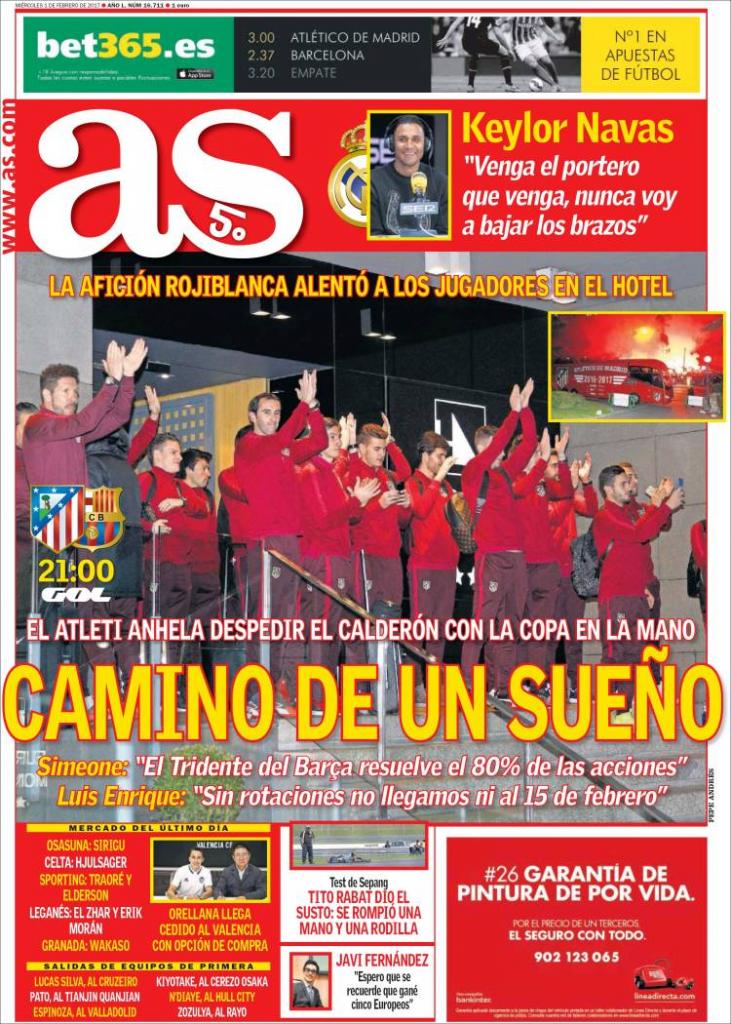 Road to a dream 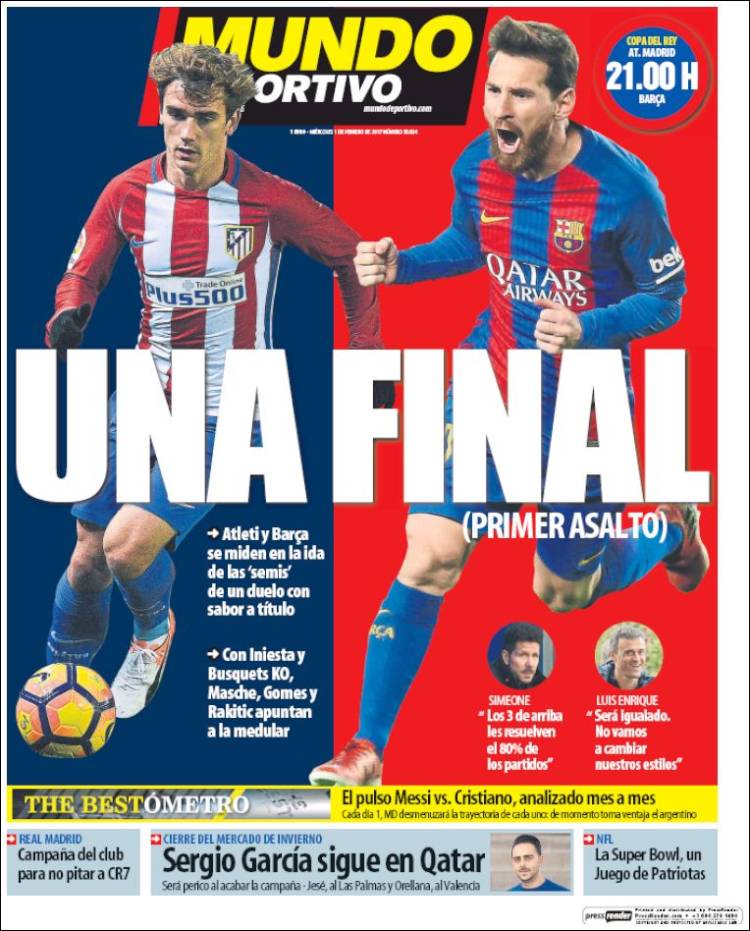 A final (first round)

With Iniesta and Busquets out, Rakitic, Gomes and Mascherano set to start as the midfield three

Simeone: Barca's front 3 resolve 80% of matches, Luis Enrique: It will be the same, we won't change our style