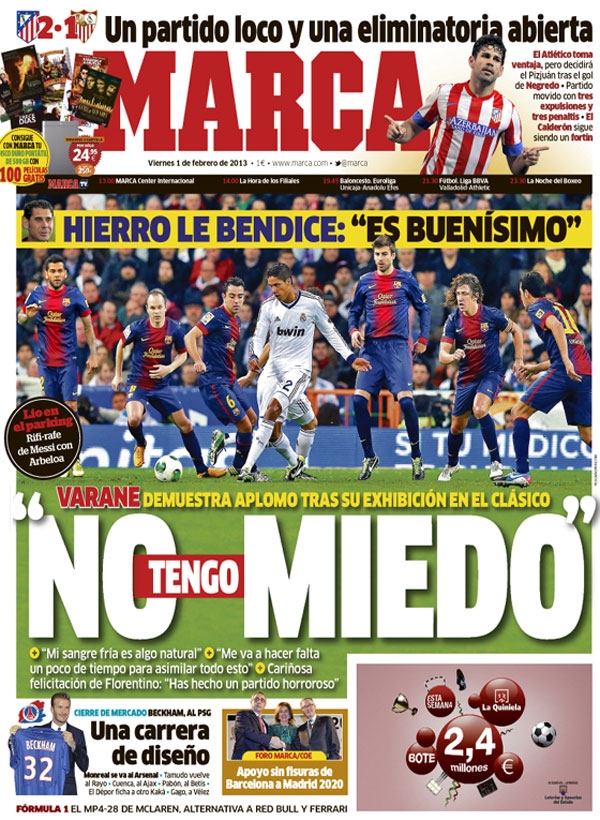 Varane: “I do not have fear”

Varane demonstrates composure after his exhibition in the Clasico

Varane: “I have cold blood, it is something natural”, “I going to take some time to get used to it all”

Florentino’s has warm feelings: “You have had an incredible game”

Hierro praises him (Varane): “He is great”

Atletico take the advantage, but, it will be decided at that the Pizjuan after Negredo’s goal

The Calderon continues to be a fortress

The close of the January transfer window, Beckham goes to PSG

Monreal goes to Arsenal, Tamudo returns to Rayo, Cuenca off to Ajax, Pabon to Betis, Depor sign the other Kaka, Gago to Velez 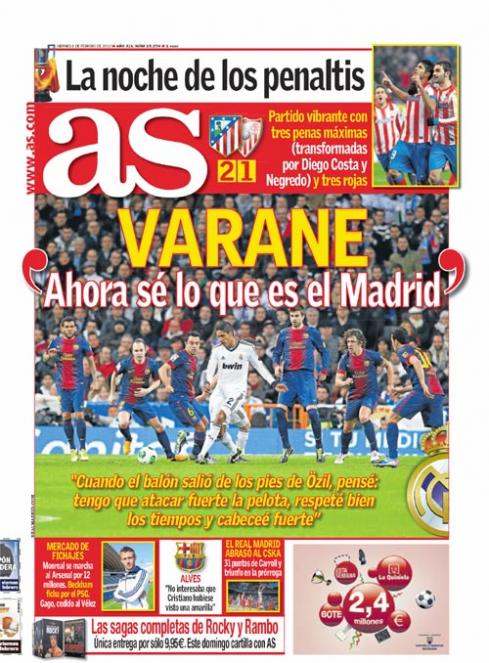 Varane: “Now I know what it means to be at Madrid”, “When the ball was played in by Ozil, I thought: I have to attack hard this ball, observe the time and head it strongly”

Atletico 2-1 Sevilla, a night of penalties: A vibrant game with three penalties (converted by Diego Costa and Negredo) and three red cards

Transfer market signings: Monreal off to Arsenal for 12 million, Beckham signs for PSG and Gago goes to Velez

Alves: “I am not interested in that Cristiano should have seen a yellow card” 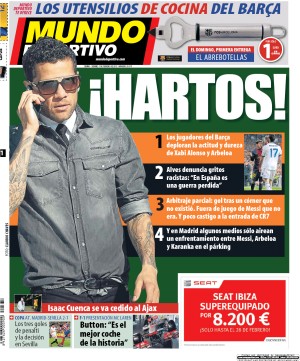 1.       Barca players deplore the attitude and harshness of Xabi Alonso and Arbeloa

3.       Biased referee: The goal after the corner that did not exist, the offside to Messi that was not, and the lack of punishment of CR7

4.       And in Madrid hardly any of the media has talked about the confrontation between Messi, Arbeloa and Karanka in the car park

Isaac Cuenca has been handed to Ajax

Copa del Rey: Atletico Madrid 2-1 Sevilla, three goals from the penalty leaves the game to be decided in Seville

Formula 1, McLaren Presentation: Button, “This is the best car in history”