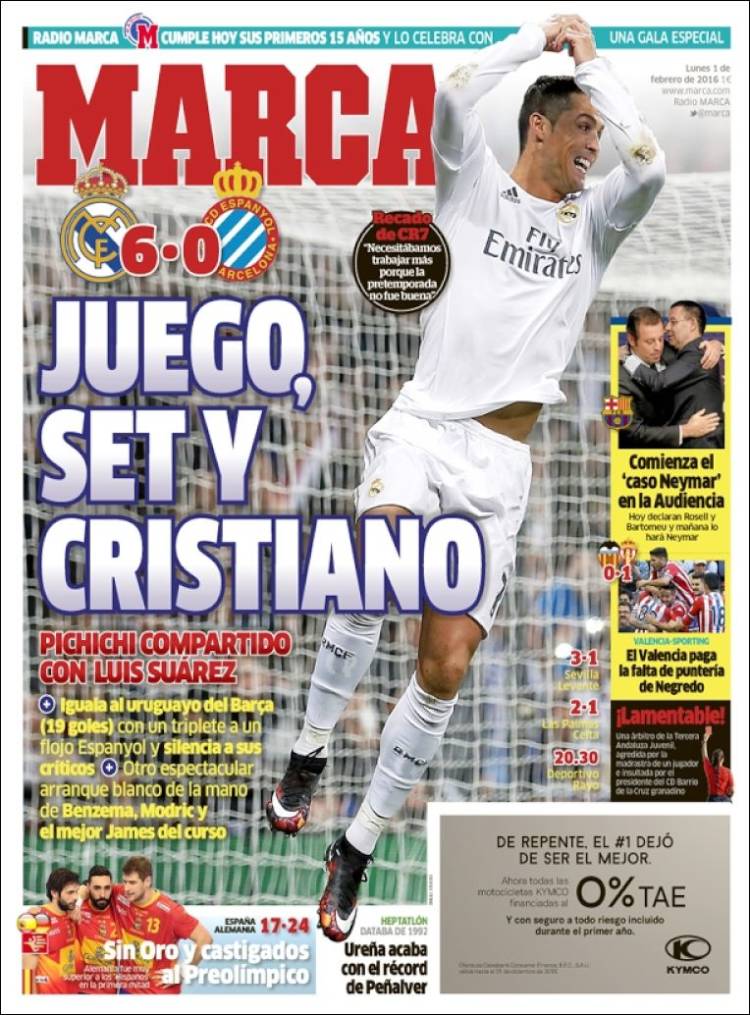 Another spectacular Blancos start aided by Benzema, Modric and the best player James

Message from CR7: “We needed to work harder because our pre-season wasnt good”

The ‘Neymar case’ begins in court

Rosell and Bartomeu declare themselves today and Neymar tomorrow

A youth referee was attacked by a player’s stepmother 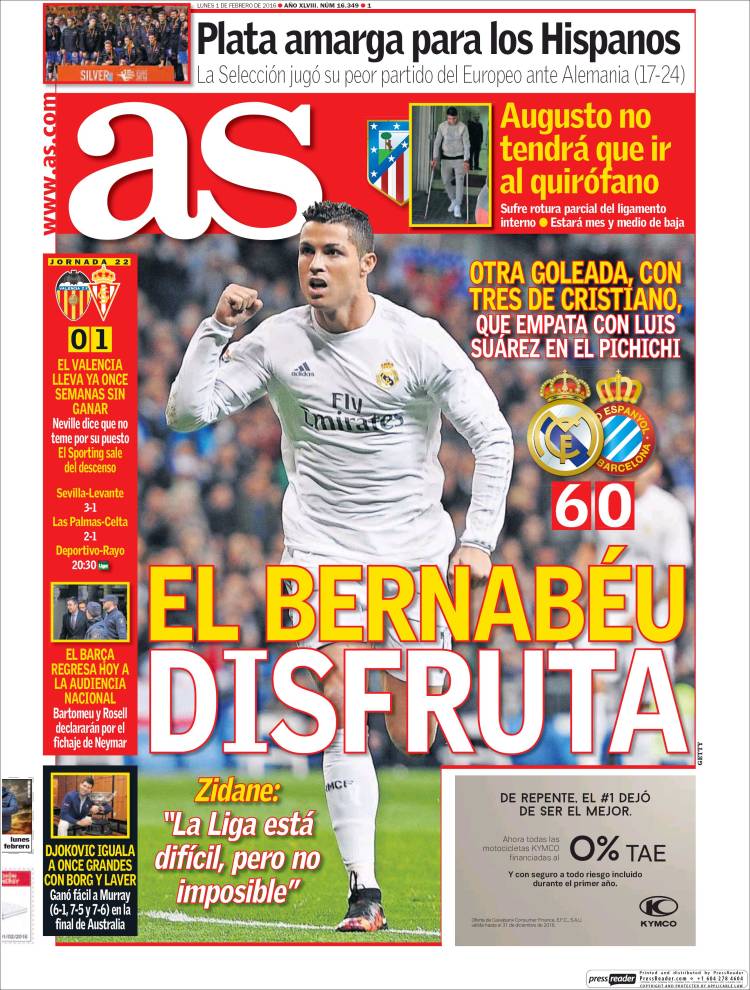 The Bernabeu has fun

Another landslide win, helped by a treble from Ronaldo, who is now tied with Luis Suarez in the Pichichi stakes

Zidane: “The League is difficult, but not impossible"

He’ll be out for a month and a half

Rosell and Bartomeu declare themselves in the signing of Neymar 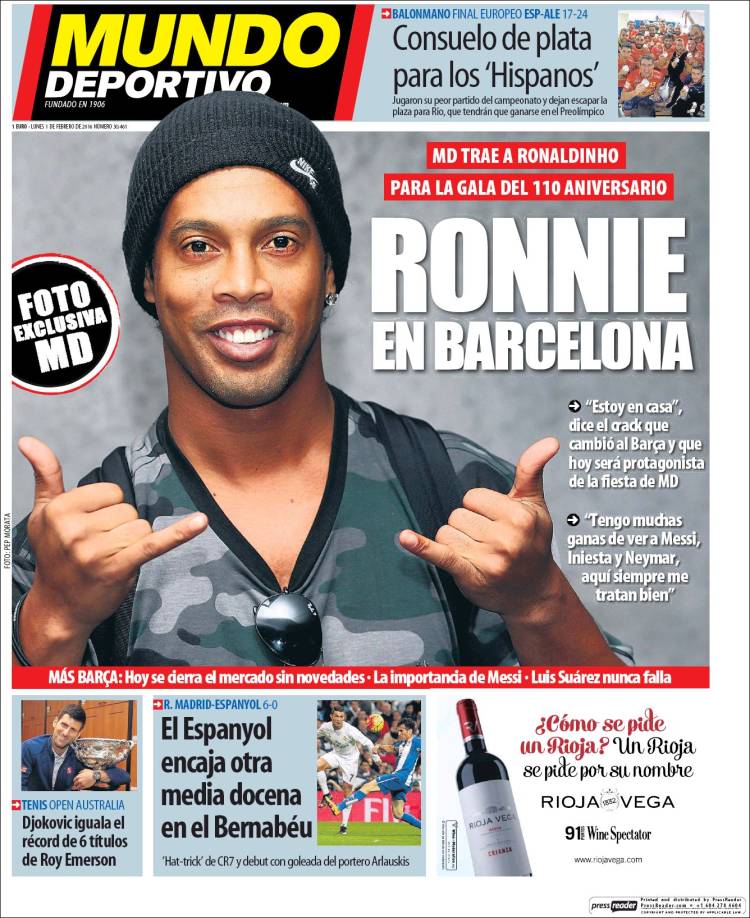 “I’m home,” says the former Barca star, who will be present at the party

The importance of Messi

Espanyol concede half a dozen at the Bernabeu