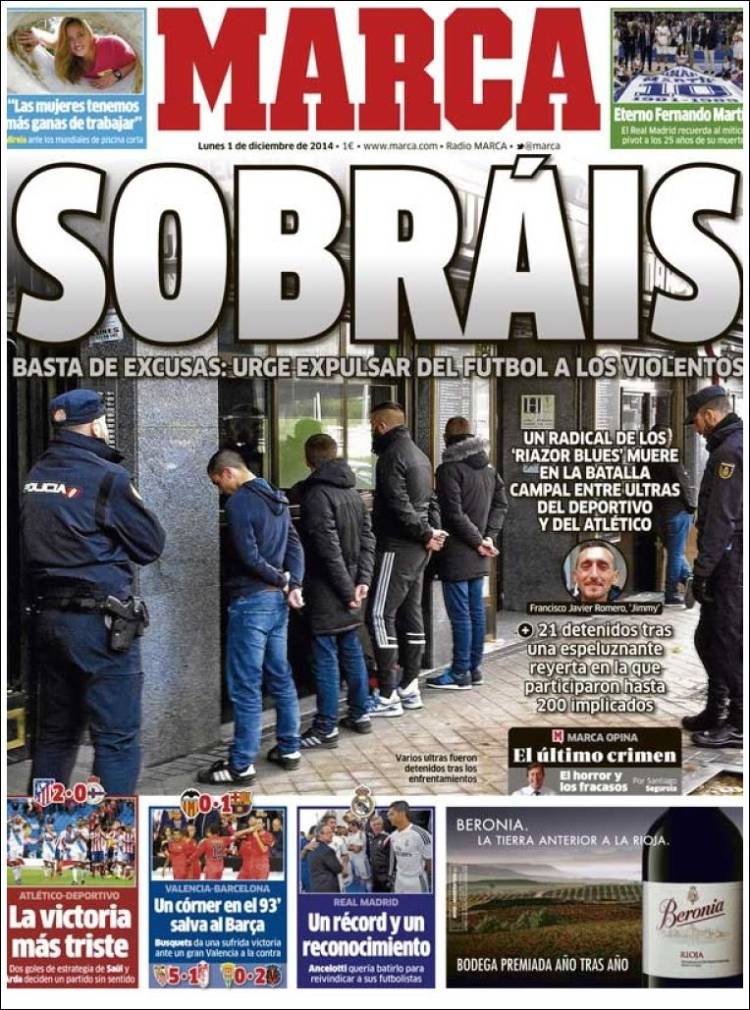 Enough excuses: we must rid football of violent people

Several Ultras were arrested after the incident

A corner in the 93rd minute saves Barca

A record and recognition: Ancelotti wanted to beat it to vindicate his players 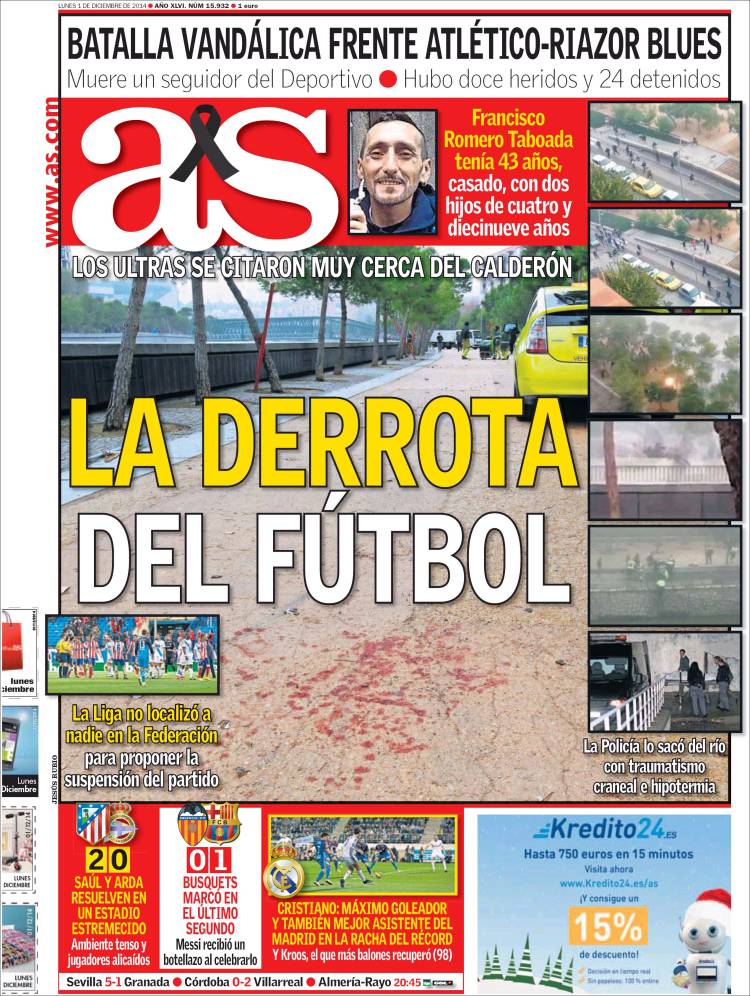 The Ultras arranged to meet very close to the Calderon

Battle between louts from Atletico and Riazor Blues

A Deportivo supporter dies: there were two injured and 24 arrested

Saul and Arda settle things in a trembling stadium

Busquets scored in the last second: Messi was hit by a bottle whilst celebrating it

Cristiano: top goalscorer and Madrid’s best provider on their run 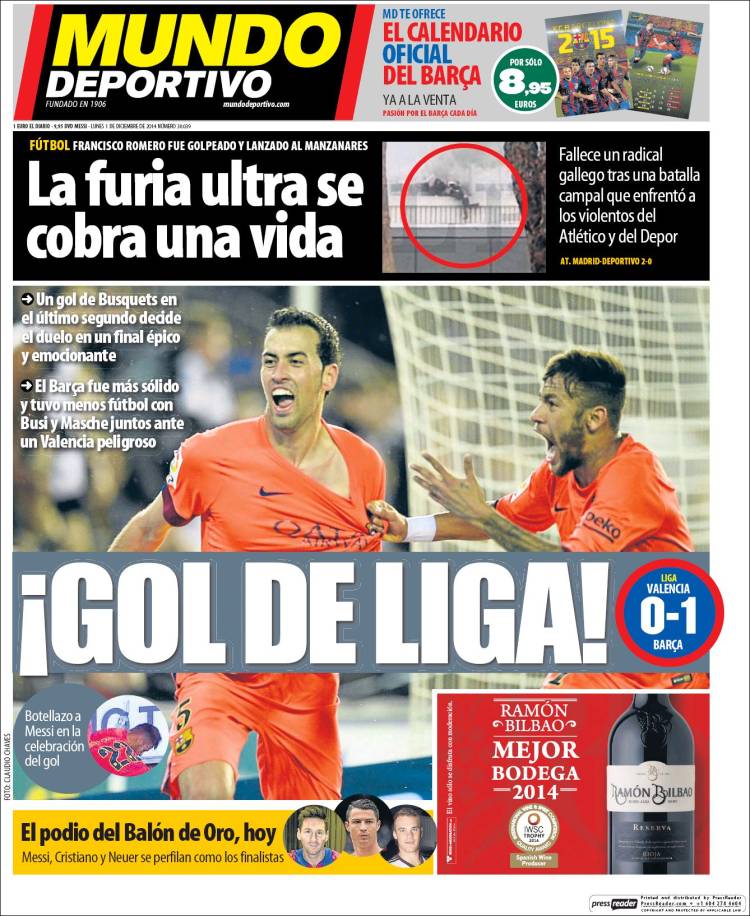 Messi was hit with a bottle whilst celebrating the goal

Francisco Romero was punched and thrown into the Manzanares