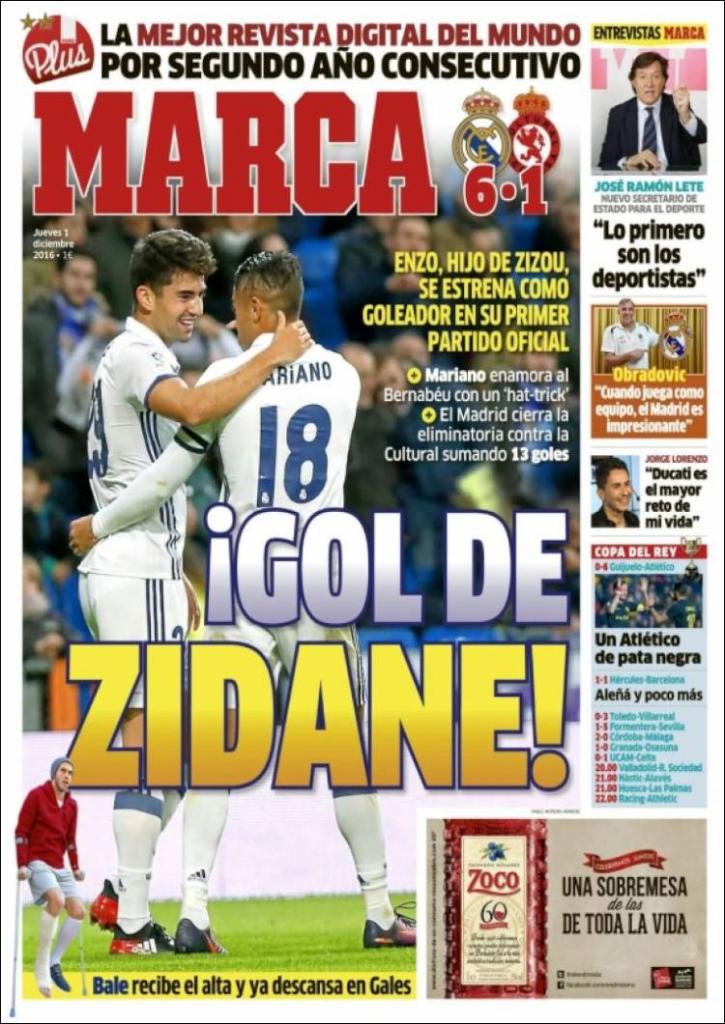 Mariano scores a hat-trick at the Bernabeu, Madrid eliminate Cultural Leonesa 13-2 on aggregate

Bale discharged after operation and now rests in Wales

Obradovic: When you play for this team, Madrid is awesome 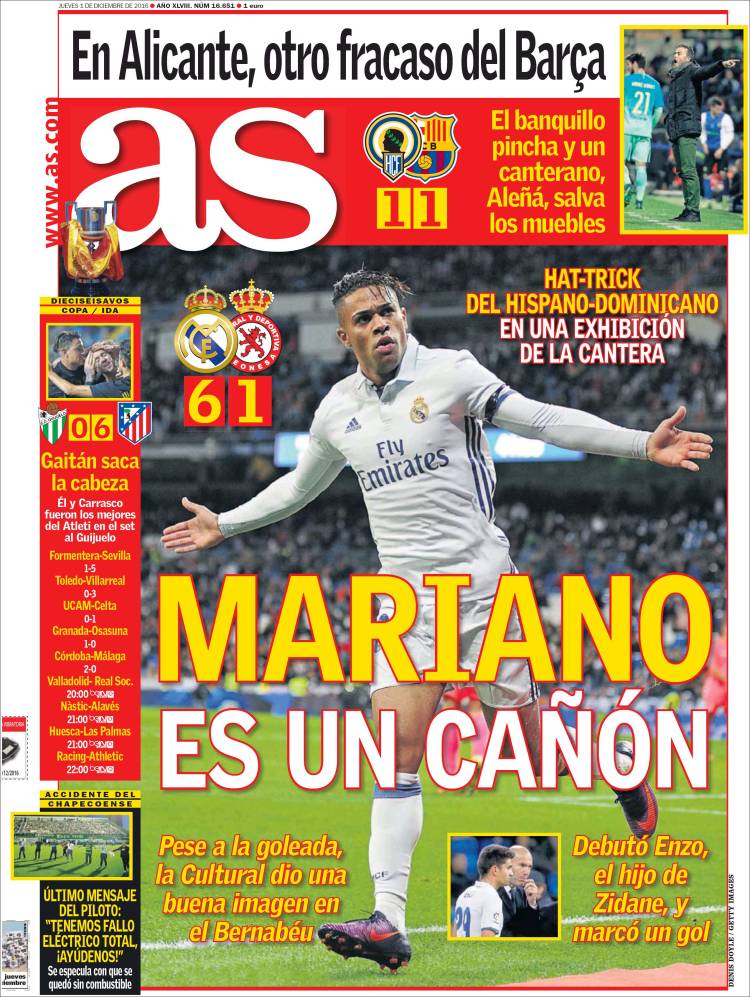 Mariano is a cannon

Despite the goals, Cultural Leonesa played well in the Bernabeu

In Alicante, another failure for Barca

Accident of Chapecoense - last message: We have run out of fuel, help us! - explains why plane did not explode

Gaitan pulls his head out as Atleti win 6-0 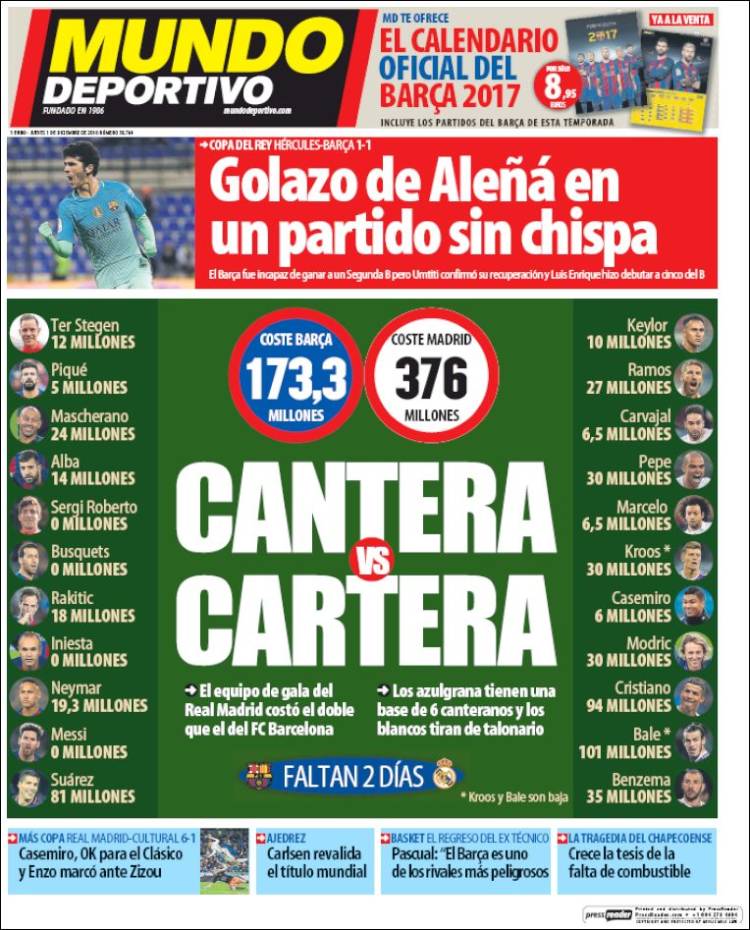 The team of Real Madrid costs over double that of Barcelona's

Golazo de Alena in a match without spark