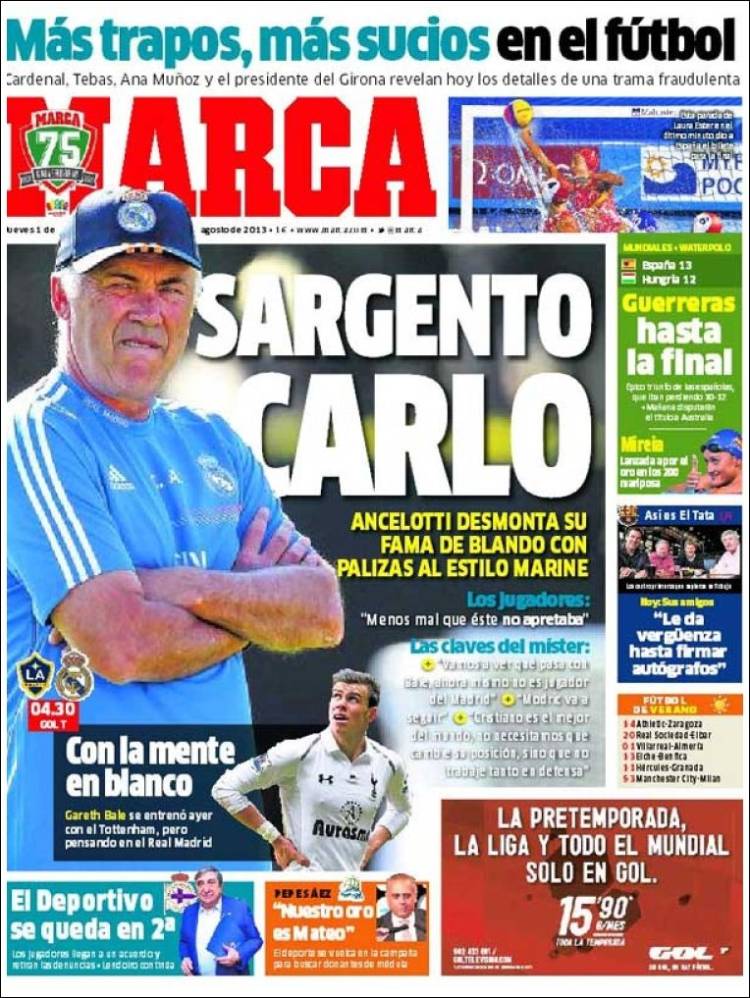 Ancelotti strips away his smooth reputation with a marine-style program

The players: "It is a good thing not squeeze do much out of them"

The boss's keys: "We will see what happens with Bale and but for he is not a Real Madrid player"

"Cristiano is the best in the world, we need him to play in the right position but not to work too much defensively"

With his mind in Madrid

Water polo: Battling until the final

So this is Tata, pictured today with his friends

"He is shamed when signing autographs"

Cardenal, Tebas, Ana Munoz and the President of Girona reveal today the details of the most recent fraud conspiracy 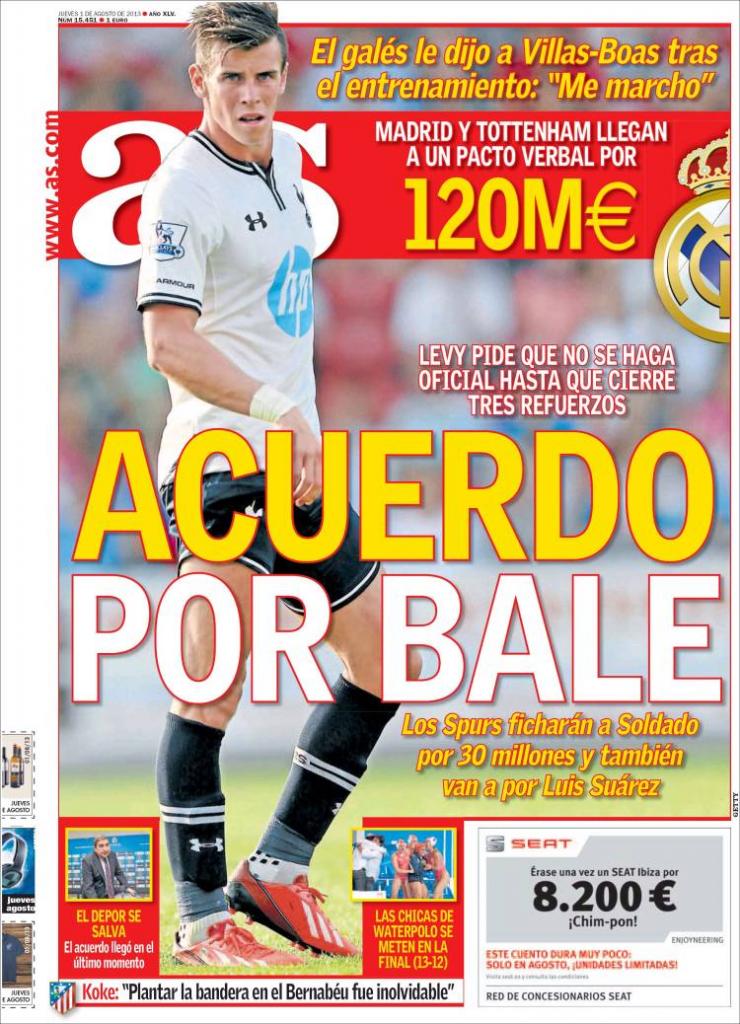 Madrid and Tottenham arrive an a verbal agreement for €120 million

The Welshman said to Villas-Boas after training: "I'm leaving"

The agreement was made in the last moment

The Waterpolo girls make the final after beating France 13-12

Koke: "To walk out with the flag at the Bernabeu was unforgettable" 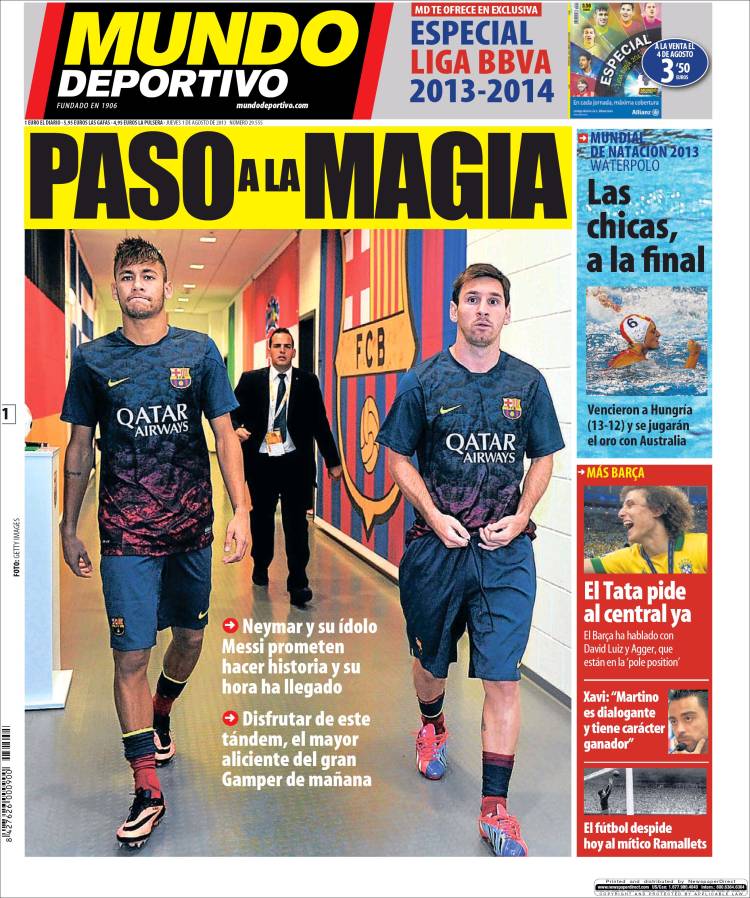 The walk of magic

To enjoy this pairing, the main attraction tomorrow for the Gamper

Tata asks for a central defender

Xavi: "Martino is open to ideas and he has the character of a winner"

Swimming world championships: The girls make the final in the waterpolo