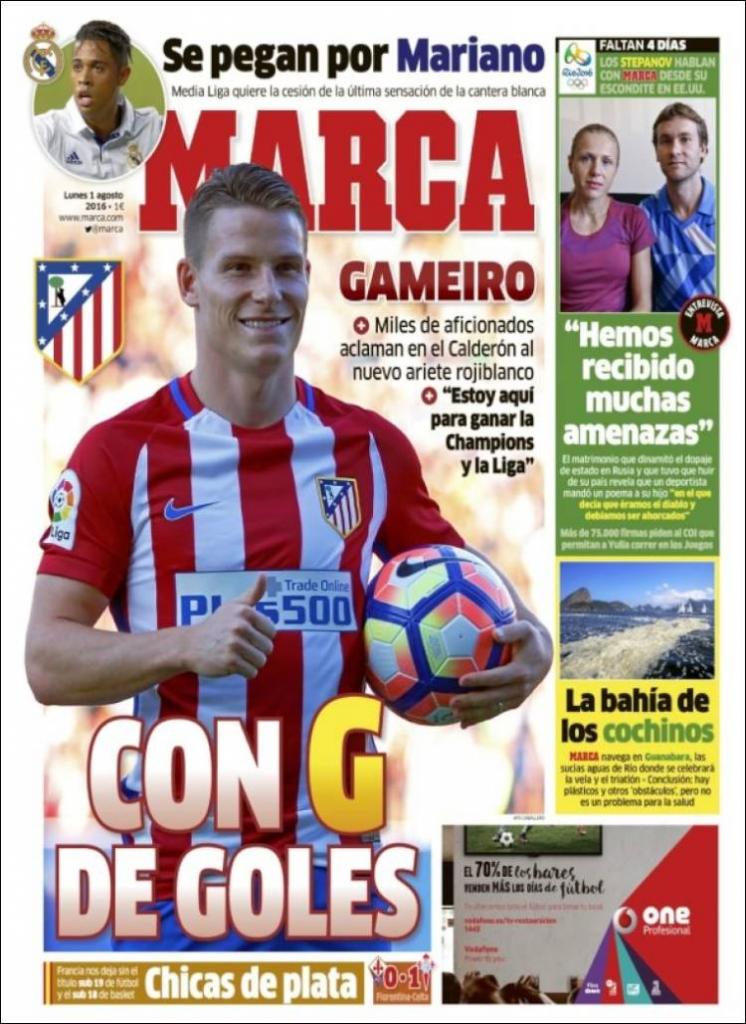 The G in goals

“I’m here to win the Champions League and La Liga”

They stick to Mariano 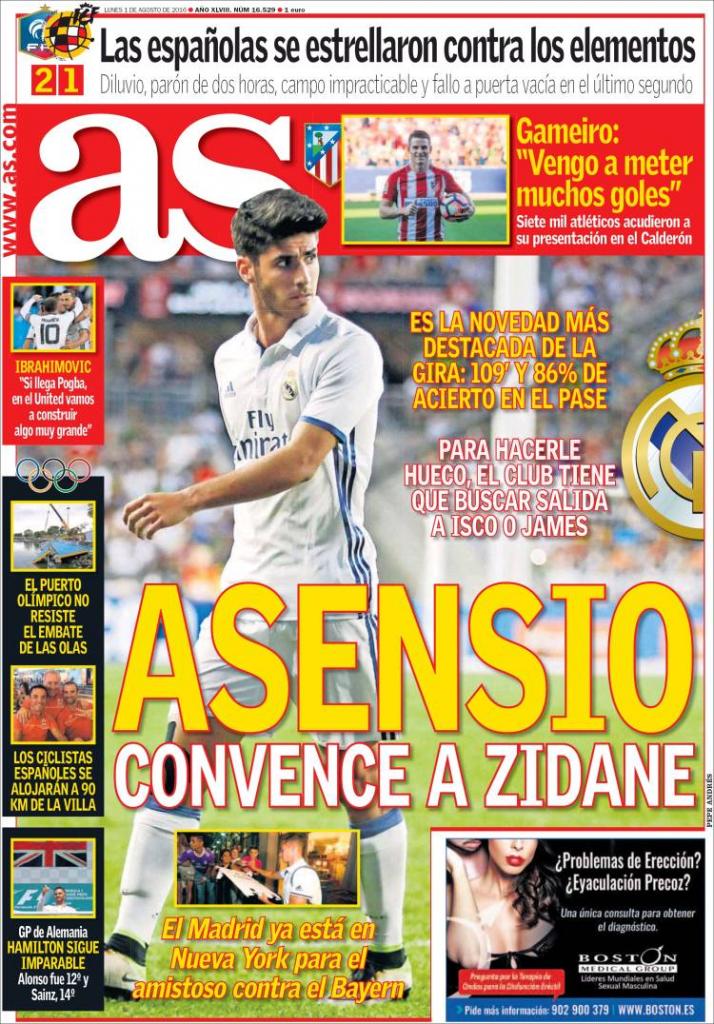 He has been the most prominent innovation of the tour: 109 minutes and 86 percent pass completion

To make room for him, the club must look to move on Isco or James

Madrid are already in New York for their friendly against Bayern

The Spanish girls crash against the elements

Torrential rain, a break of two hours, an impracticable pitch and a failure to keep the net empty at the last second

Seven thousand Atleti fans attend his presentation at the Calderon

Ibrahimovic: “If Pogba arrives, at United we’re going to build something big” 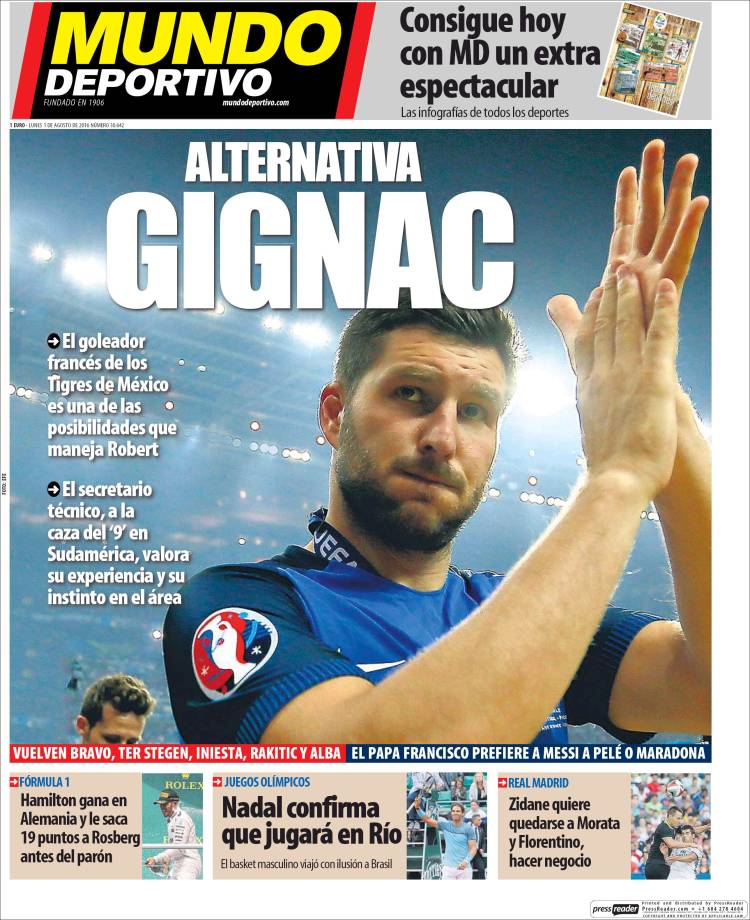 The technical secretary, hunting a No 9 in South America, values his experience and instinct in the box