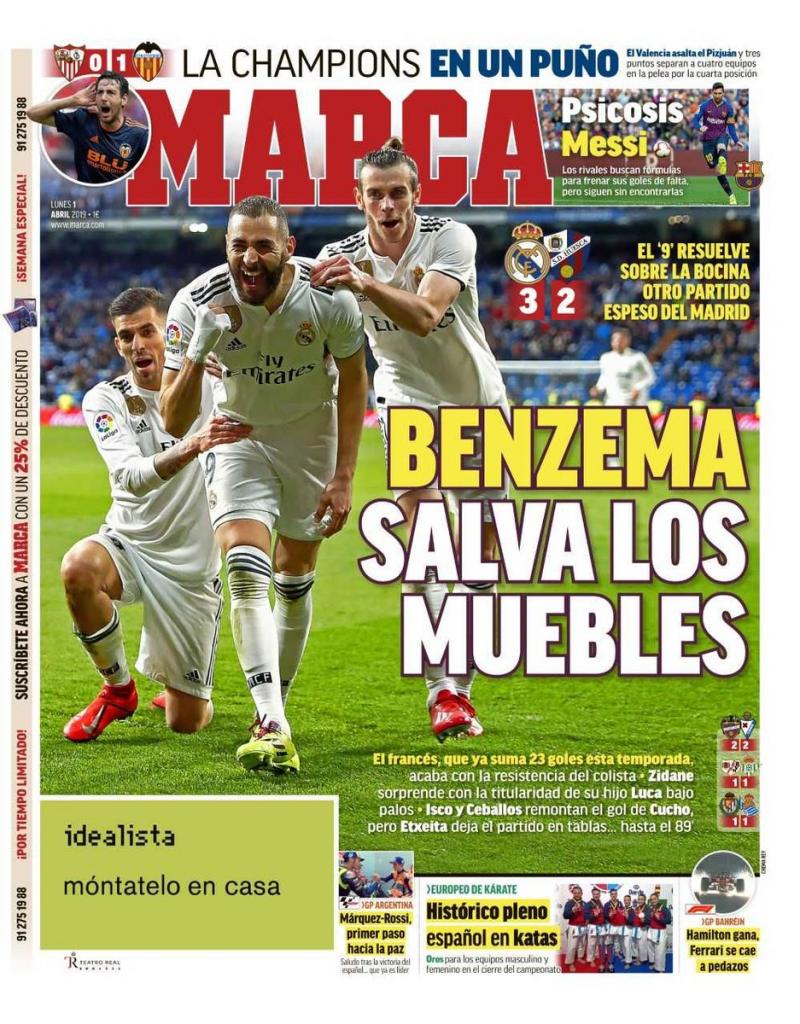 The French striker rescued Madrid, who were not impressive, on the whistle

Benzema on 23 goals for the season

The Champions League in a fist - Valencia win at Sevilla 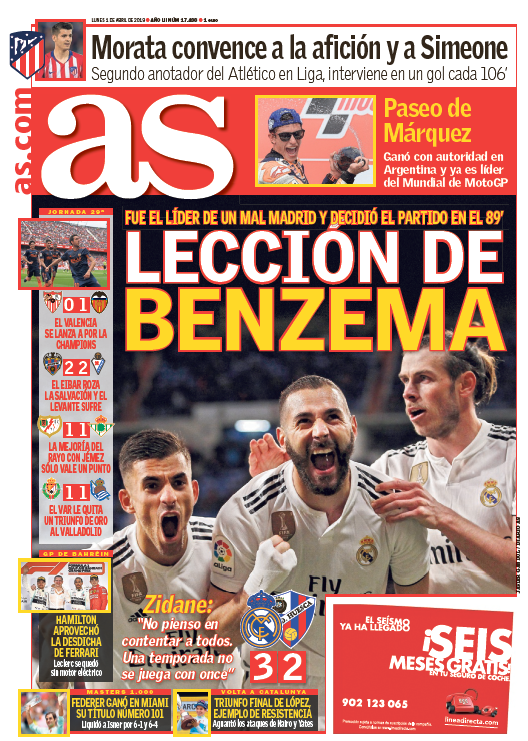 Zidane: "I don't think to please everyone, you don't play a season with 11"

Morata convinces the fans and Simeone

Valencia lead the race for the Champions League 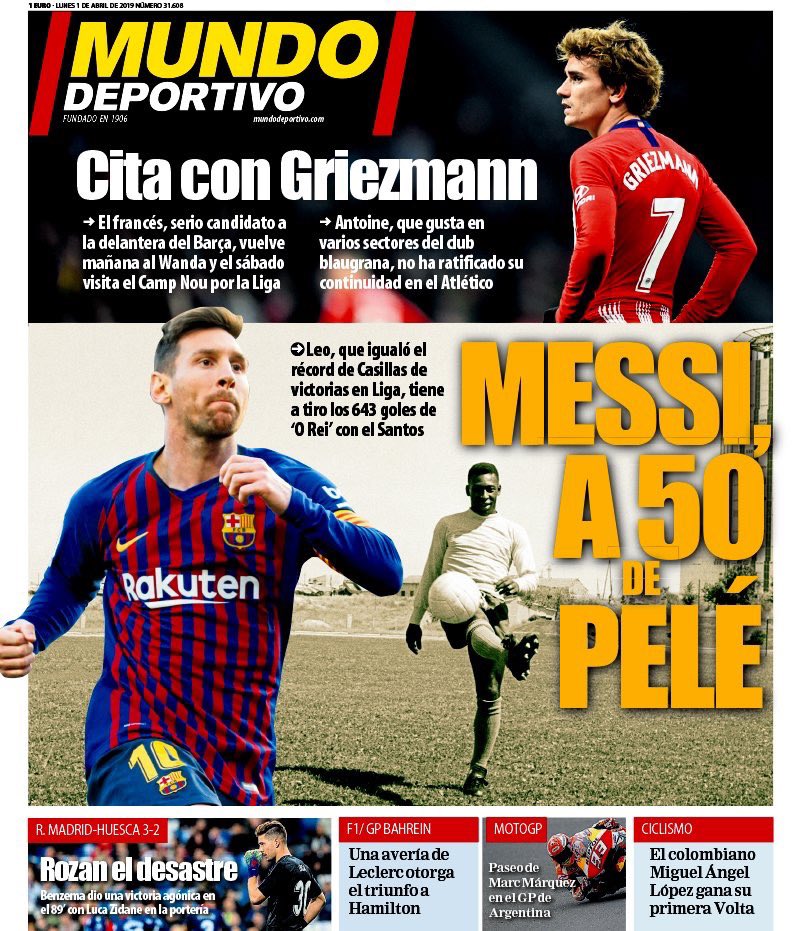 Messi is 50 from Pele

Leo equals Casillas number of victories in La Liga, has a shot at the 643 goals of 'The King'