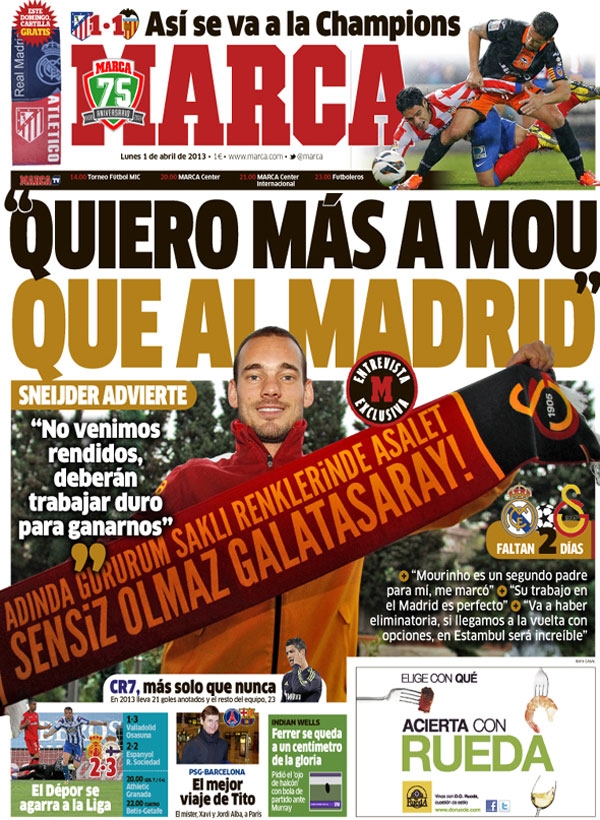 "We do not come to give up, they will have to work hard to beat us", Sneijder

"Mourinho is like a second father to me, he has left a mark on me"

"His work in Madrid is perfect"

"It is an elimination, if we get to the second leg with options, in Istanbul it will be incredible"

CR7, more than ever

Depor holding on in La Liga

Indian Wells: Ferrer a centimetre away from victory 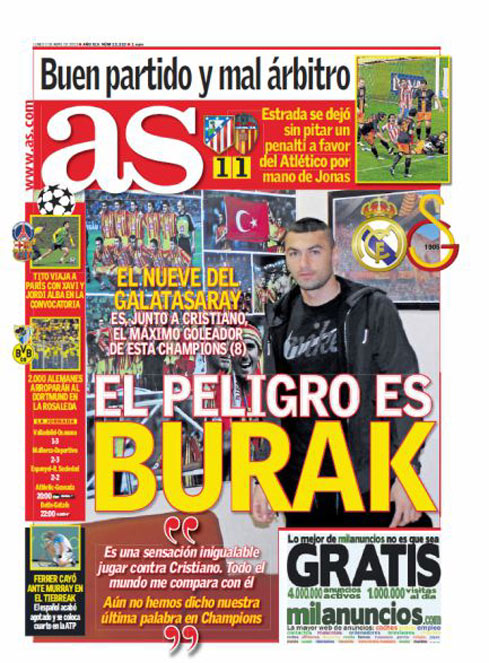 The danger of Burak

Burak equal with Cristiano with 8 goals in the Champions League

"It is an incredible feeling to play against Cristiano. All the world compares me to him," Burak

"We have not had our last word in the Champions League," Burak

Tito travels to Paris with Xavi and Alba

Ferrer falls against Murray in a tiebreak 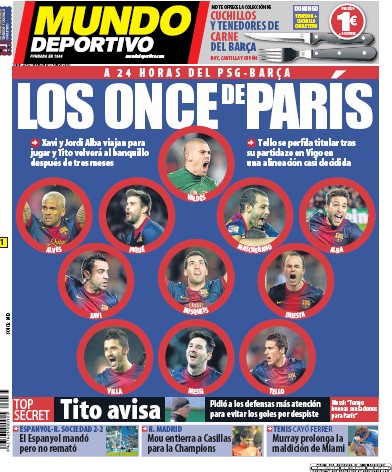 The eleven for Paris

Tello in the starting after his decisive display against Vigo

Tito warning: He has asked his defense to play more attention to avoid conceding goals

Messi: "I have great feelings for Paris"

Real Madrid: Mou to leave out Casillas in the Champions League