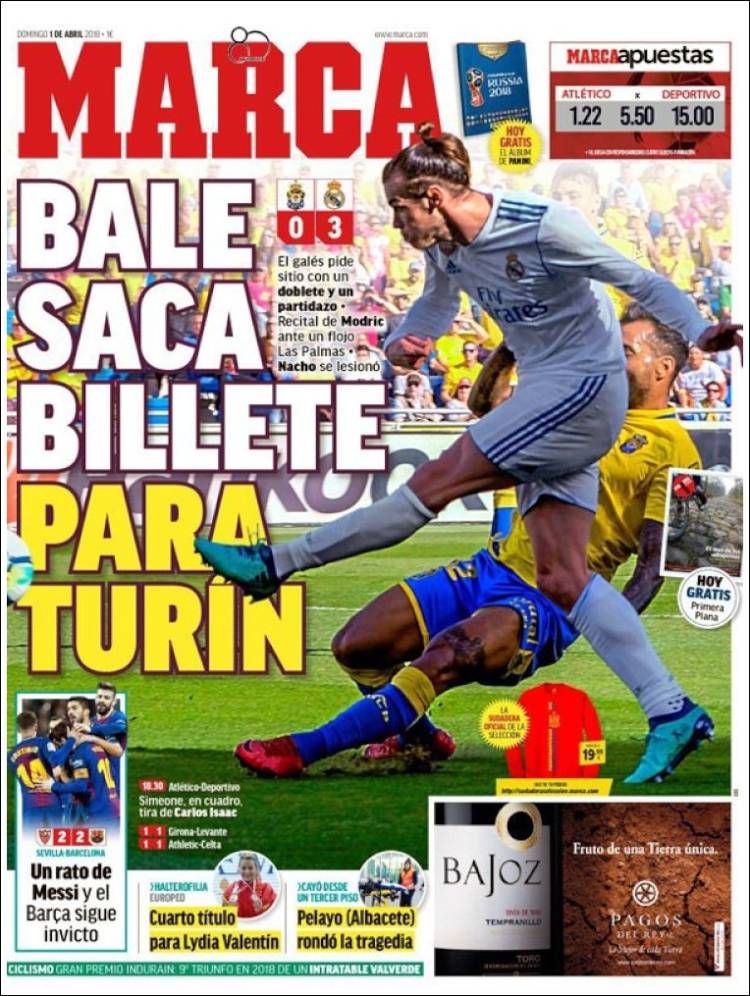 Bale books his ticket for Turin

The Welshman stakes his claim with a brace and great performance

Recital from Modric against a sloppy Las Palmas

A moment from Messi and Barca remain unbeaten 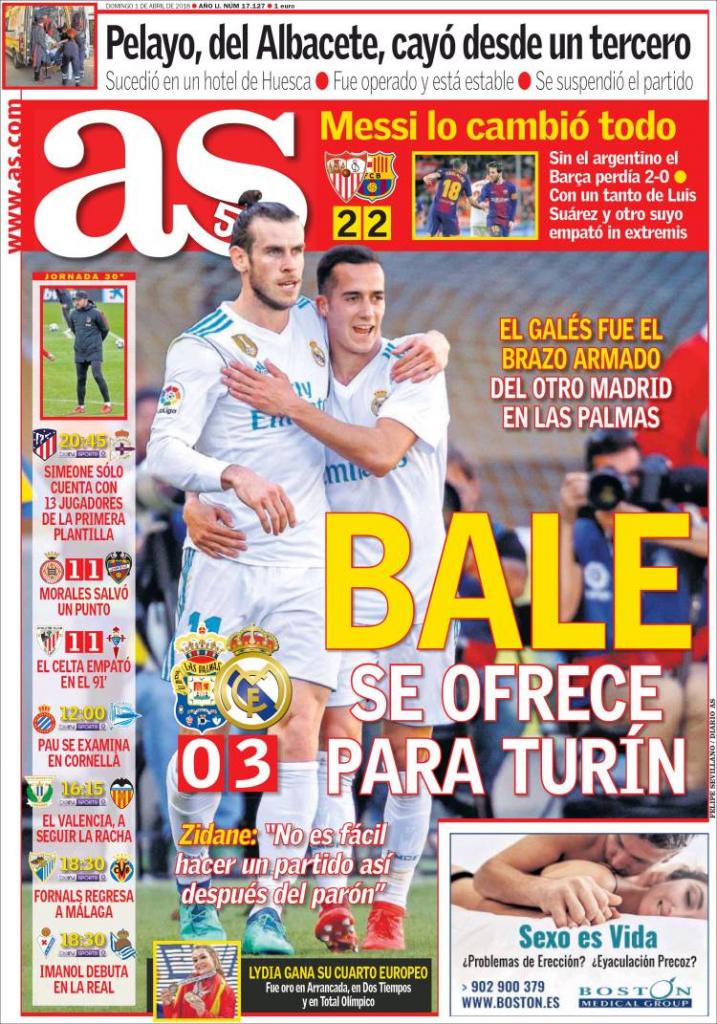 Bale offers himself for Turin

Zidane: "It's not easy to have a game like this after the break"

Simeone has only 13 first-teamers

Celta draw in the 91st 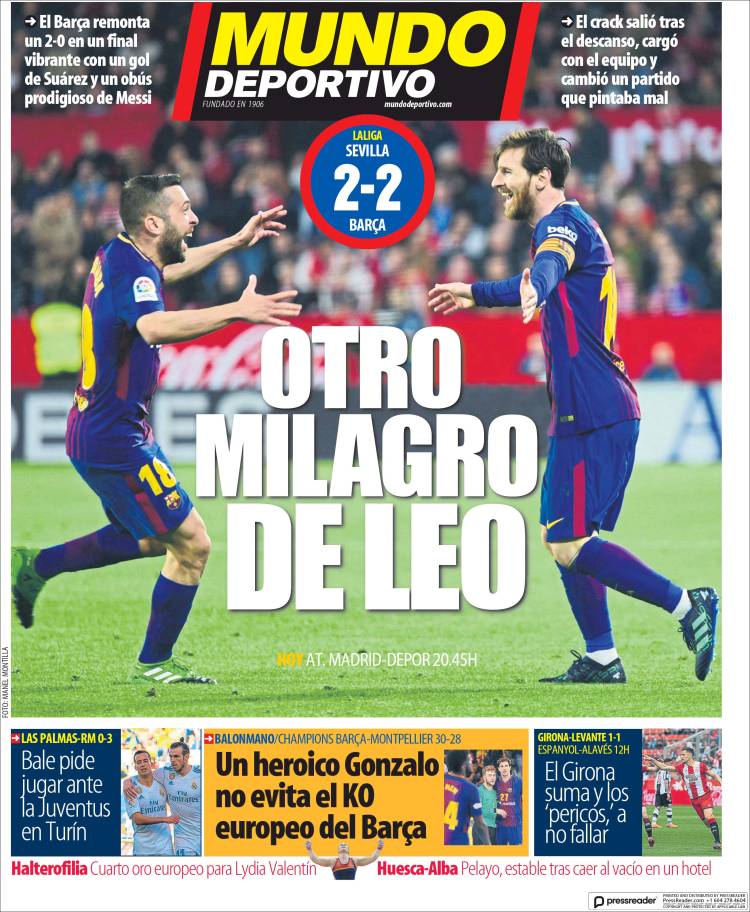 Barca come back from 2-0 down thanks to a pulsating finale, with a goal from Suarez and a Messi screamer

The 'crack' came off the bench, fired the team up and changed a game that was going badly

Bale stakes his claim for Juventus in Turin

Girona pick up more points, Los Pericos must not trip up

Pelayo, stable after falling out of a hotel window