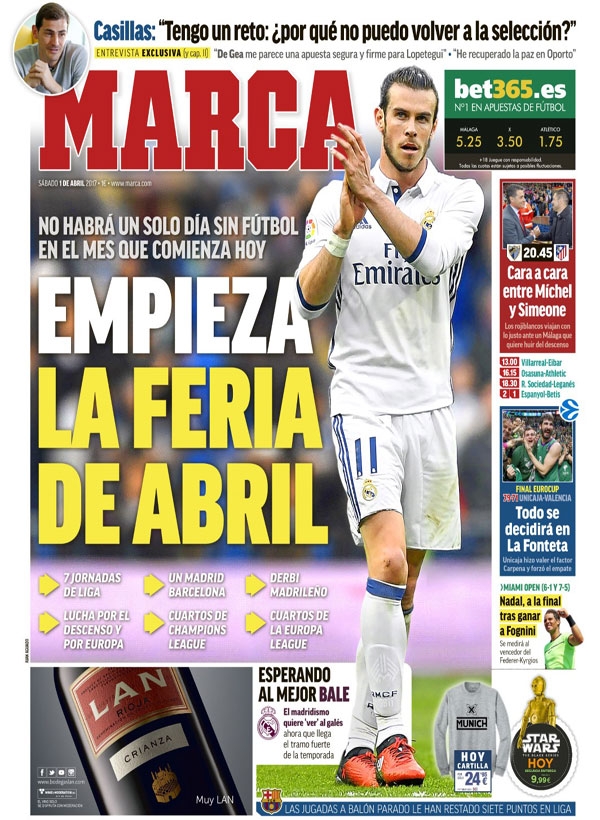 The fight for survival and Europe

Waiting for the best Bale

Madridismo want to ‘see’ the Welshman

Now that the business end of the season is here

Casillas: “I have a challenge: why can’t I return to the national team?”

Face-off between Michel and Simeone 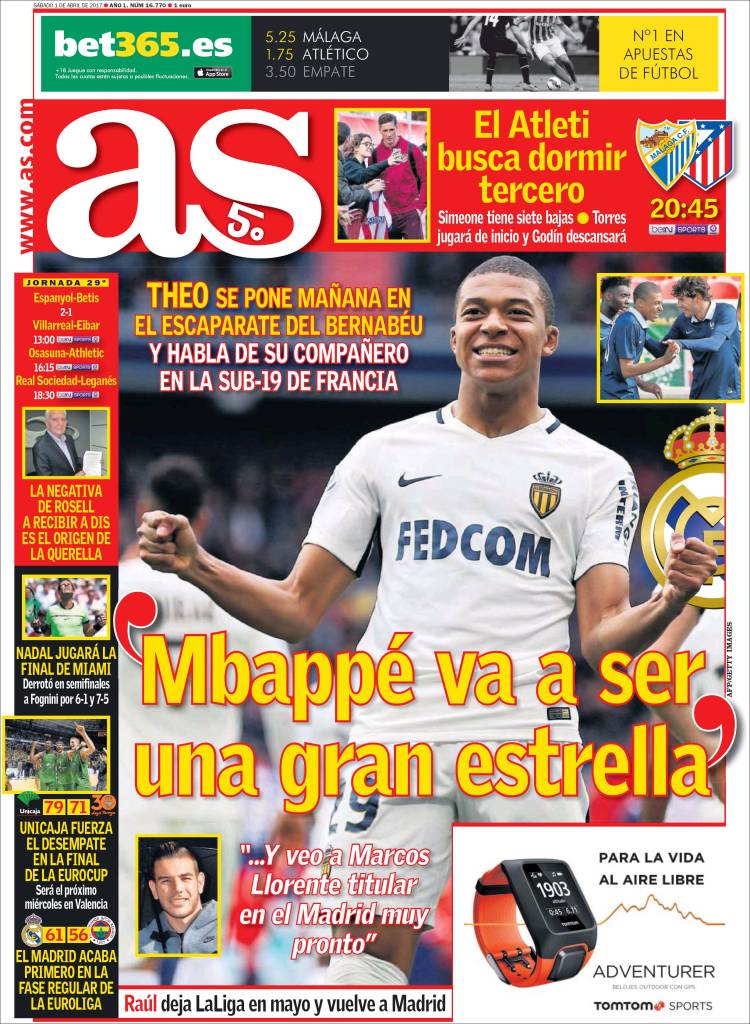 “Mbappe is going to be a great star”

“...And I see Marcos Llorente starting at Madrid very soon”

Raul will leave La Liga in May and return to Madrid

Atleti look to sleep in third

Simeone has seven out

Torres will play from the start as Godin will rest 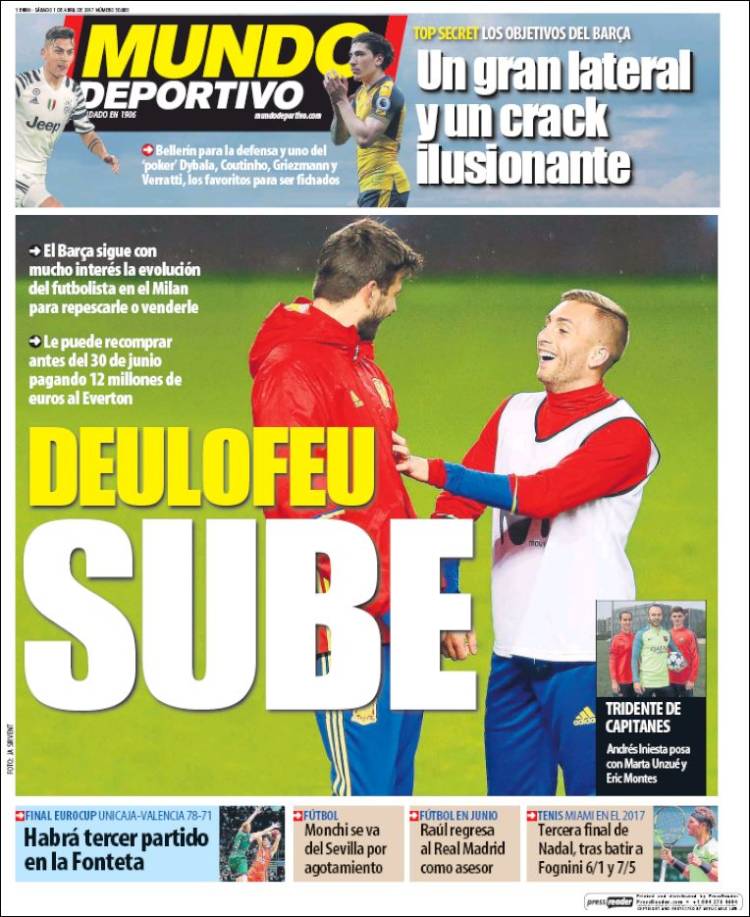 Barca follow the Milan player’s evolution with great interest, so as to buy him back or sell him

They can buy him back before June 30, paying €12m to Everton

A great full-back and an exciting ‘crack’

Bellerin for defence and one of ‘poker’ Dybala, Coutinho, Griezmann and Verratti, the favourites to be signings

Monchi leaves Sevilla due to exhaustion

Raul returns to Real Madrid as an advisor