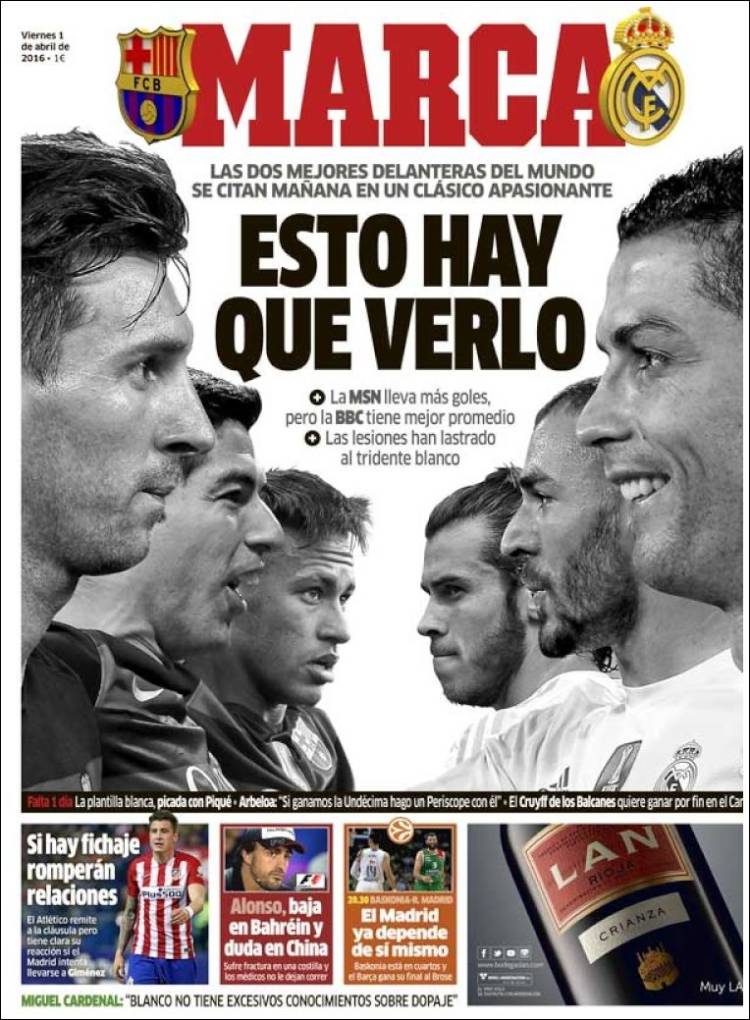 This can’t be missed

The ‘MSN’ have scored more goals, but the ‘BBC’ have the best average

Arbeloa: “If we win La Undecima, I’ll do a Periscope with Pique”

His signing would break relations

Atletico refer to his clause, but there would be a clear reaction if Madrid tried to sign Gimenez 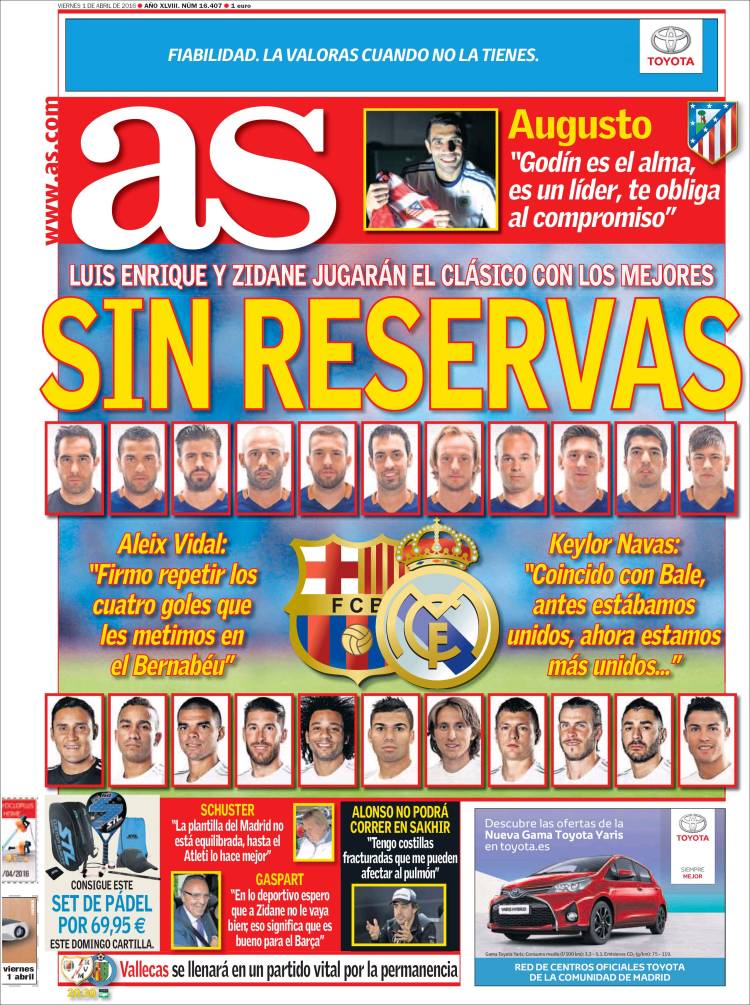 Aleix Vidal: “We want to repeat the four goals we scored at the Bernabeu”

Keylor Navas: “I agree with Bale, we were united before, now we’re more so”

Augusto: "Godin is our soul and leader, we’re forced to make compromises”

Vallecas sold out in a vital match for survival 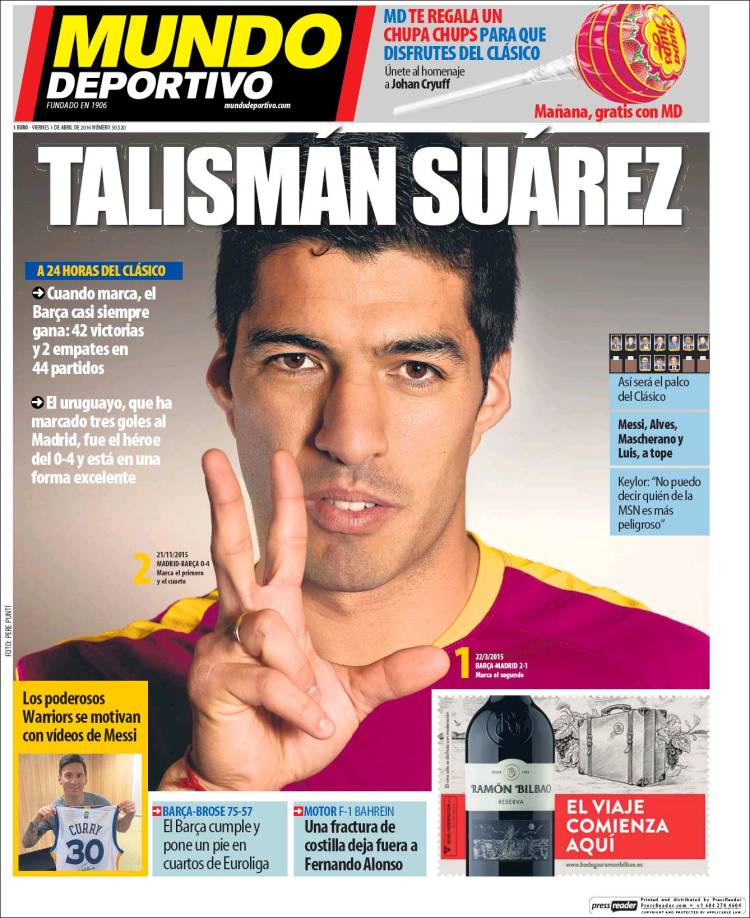 Twenty-four hours of the Clasico

When he scores, Barca almost always win: 42 wins and 2 draws in 44 games

The Uruguayan, who has scored three goals against Madrid, was the hero of the 0-4 and is in excellent form

Messi, Alves, Mascherano and Luis all at the top of their game

Keylor: “I can’t tell you who’s the most dangerous from the ‘MSN’”

The mighty Warriors are motivated by videos of Messi