“I made the effort and made the mistakes that were necessary where I am today and I am proud. I have written my story and ours is coming to an end.”

Those were the words of Karim Benzema as he announced his retirement from the French national team on his 35th birthday.

Despite a six-year gap in his international career, Benzema accumulated 97 caps and scored 37 across a career that spanned 15 years from 2009. The furthest he made it was a quarter-final at the Euros in 2021 and the same stage at the World Cup in 2014.

He missed the 2016 Euro final and the 2018 World Cup victory after he was dropped from the French team by Didier Deschamps, when it was found and he was later convicted of helping to blackmail teammate Mathieu Valbuena over a sex tape. 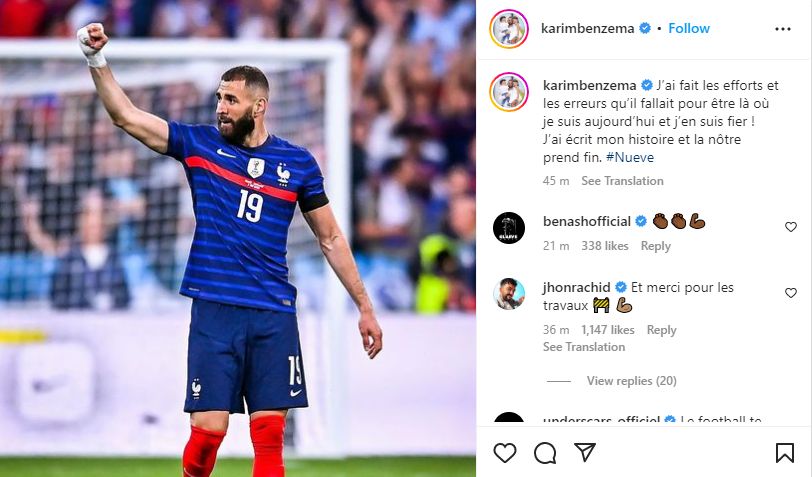 That may well be one of the mistakes he was referring to. The current Ballon d’Or holder will now return to being able to recover in the international breaks and focus on what are likely his final years at Real Madrid. Benzema has struggled with his fitness this season and somewhat tragically, having returned to the French team, missed out on what would have been his final tournament with France through injury, picking up a muscle problem just days before their tournament debut.