Brazilian underage starlet Endrick Felipe is rumoured to be on the verge of a long term contract extension at Palmeiras.

The latest update over the Brazilian U16 hotshot comes as a potential blow to Real Madrid’s interest in bringing him to Europe.

Los Blancos have been linked with a move for the 15-year-old striker, who has already been earmarked as one of the next global superstars, after an incredible goal return at underage level. 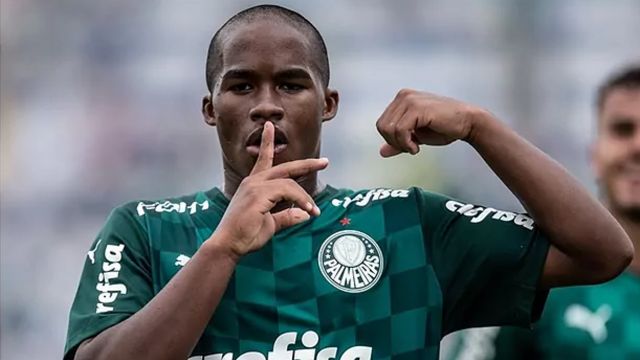 The Brasilia-born teenager joined the Palmeiras youth ranks at 11, and has netted an unbelievable 165 goals in 169 games, across youth teams for the club.

However, as per reports from Diario AS, he will now extend his stay with Palmeiras, on a deal until the end of the 2024/25 campaign.

His decision to remain in Brazil will not be the focus for Real Madrid, but a new exit clause of €60m, could be crucial in deciding their future interest in the teenager.