Chelsea could challenge Barcelona for Raphinha

Barcelona could be rivalled by Premier League giants Chelsea in their push to sign Leeds United star Raphinha this summer.

La Blaugrana have been heavily linked with a possible move for the Brazilian international after an eye-catching campaign from him at Elland Road.

With Leeds facing a potential final day relegation from the top flight, Barcelona are monitoring the situation with growing interest. 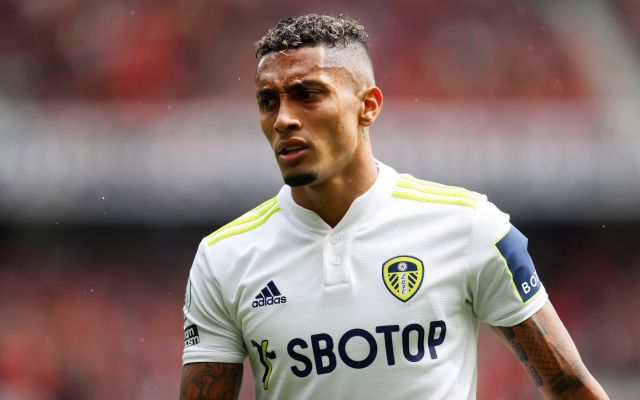 Raphinha is rumoured to have a relegation release clause in his contract, worth around €25m, and Barcelona are the current front runners to move for the former Rennes star.

However, as per reports from Mundo Deportivo, Chelsea are also keen on the 25-year-old, and they will rival Barcelona, if Leeds slip down to the Championship.

Chelsea are confident of securing a major buyout in the coming weeks, which would allow them to sign new players this summer, as the club look to recover from an underwhelming campaign in 2021/22.