Real Madrid boss Carlo Ancelotti has hinted Eden Hazard will return as a key player in his plans next season.

Hazard has struggled with ongoing issues over form and injury in 2022 with his Los Blancos future called in question at the Estadio Santiago Bernabeu.

Following a big money move to the Spanish capital in 2019, Hazard was previously tipped as the the crucial piece within the Real Madrid jigsaw.

Despite his ongoing battle to force a regular spot in the Real Madrid starting XI, Hazard has remained a regular squad player in 2022, and he wants to build on that next season. 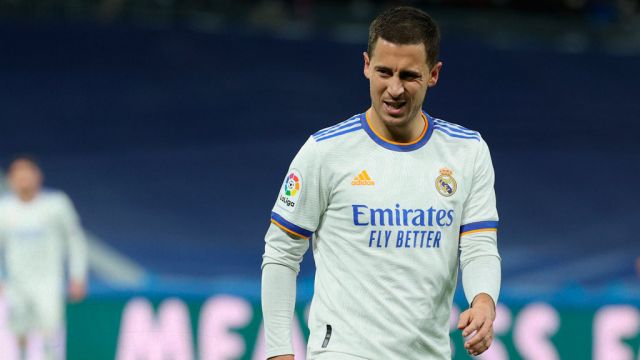 “We haven’t talked about it (Hazard’s situation),” Ancelotti stated in his pre-match press briefing, as per reports from Goal.com.

“The is quite clear; he, (Hazard) stays and he plays with a lot of motivation because he hasn’t had a good time in recent years and he wants to show his quality.”

Real Madrid have already clinched the La Liga title ahead of their rivals with Anceloti’s charges now facing the challenge of Liverpool in Paris this month, but Hazard is not expected to feature in the French capital.