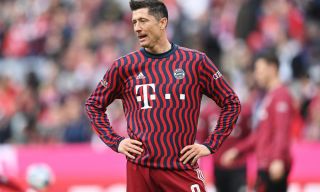 Bayern Munich confirm that Robert Lewandowski has asked to leave

In amongst the great game of transfer rumours and requests, rarely do you get an open admission of what is going on between clubs and players. Yet today, it was confirmed that Robert Lewandowski wants to leave Bayern Munich.

Last night reports broke in Germany that Lewandowski had told the club that he wanted to leave and today, as Bayern Munich take on Wolfsburg, their sporting director Hasan Salihamidzic confirmed it to be true.

“I spoke with Lewandowski. During the conversation he informed me that he didn’t want to accept our offer to extend his contract and that he would like to leave the club.”

The quotes were made to Sky Germany, then relayed by Mundo Deportivo. Lewandowski might have made his intentions clear, but that doesn’t mean to say he will get what he wants. Salihamidzic seemed steadfast on the matter.

“He told me he would like to try something new, but our position hasn’t changed, Lewa has a contract until the 30th of June 2023. That is a fact.”

Whether Bayern Munich are willing to lose Lewandowski for free will be put to the test. At 33, he is unlikely to command a large transfer fee, but will still demand high wages.

Recent reports have linked Lewandowski to Barcelona and earlier in the day, Xavi Hernandez confirmed that he would have no problem signing an aging star.