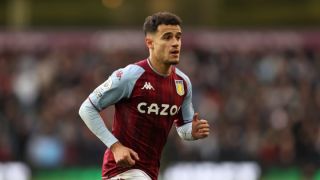 Philippe Coutinho on the verge of ending Barcelona tenure

Philippe Coutinho’s spell at Barcelona has been many things, but successful is not the word that comes to mind. It seems it may finally be coming to an end.

Signed initially to replace Andres Iniesta in midfield, Coutinho struggled to adapt under Ernesto Valverde and went out on loan to Bayern Munich after just 18 months at the club. There things went better for him but on his return, he struggled to make his mark on Ronald Koeman’s side between injuries and poor form.

Total agreement reached between Barcelona & Aston Villa for Philippe Coutinho. The deal is now completed and set to be announced: Coutinho will become Aston Villa player on a permanent deal. 🚨🇧🇷 #FCB

Steven Gerrard was key for Philippe to continue with Aston Villa. pic.twitter.com/c8WdKfJfrm

As reported on Caught Offside, Italian journalist Fabrizio Romano has confirmed that his most recent loan club, Aston Villa, are willing to buy him permanently. Although he didn’t give a figure for the transfer, Gerard Romero had hinted that it might be in the region of €20m.

That would represent a €115m loss on Coutinho, but with his burdensome wages weighing down Barcelona’s ability to rebuild their squad, the Catalans will likely just be happy to shift the Brazilian off their books.