Neymar Junior posts Instagram story of himself sunbathing in Barcelona

Neymar Junior is back on familiar territory.

The Brazilian international posted an Instagram story of himself enjoying the sun in Barcelona, the city he called home between 2013 and 2017 when he represented La Blaugrana.

He left in the summer of 2017 for Paris Saint-Germain and he’s been there ever since. He celebrated winning Ligue 1 with his teammates last month and is currently enjoying a few days off.

Neymar, valued at €90m by Transfermarkt, has a contract with PSG until the summer of 2025 but his future isn’t exactly certain. There has been talk he could be part of a clear-out at PSG.

He’s played just 55% of PSG’s minutes in Ligue 1 this season and while his numbers aren’t bad – he can boast 12 goals and six assists in 22 appearances – he could be doing a whole lot better.

The 30-year-old, who’s earned 117 caps for the Brazilian national team and contributed an impressive 71 goals for his country, will be fully focused on arriving at the World Cup in Qatar in fine form. 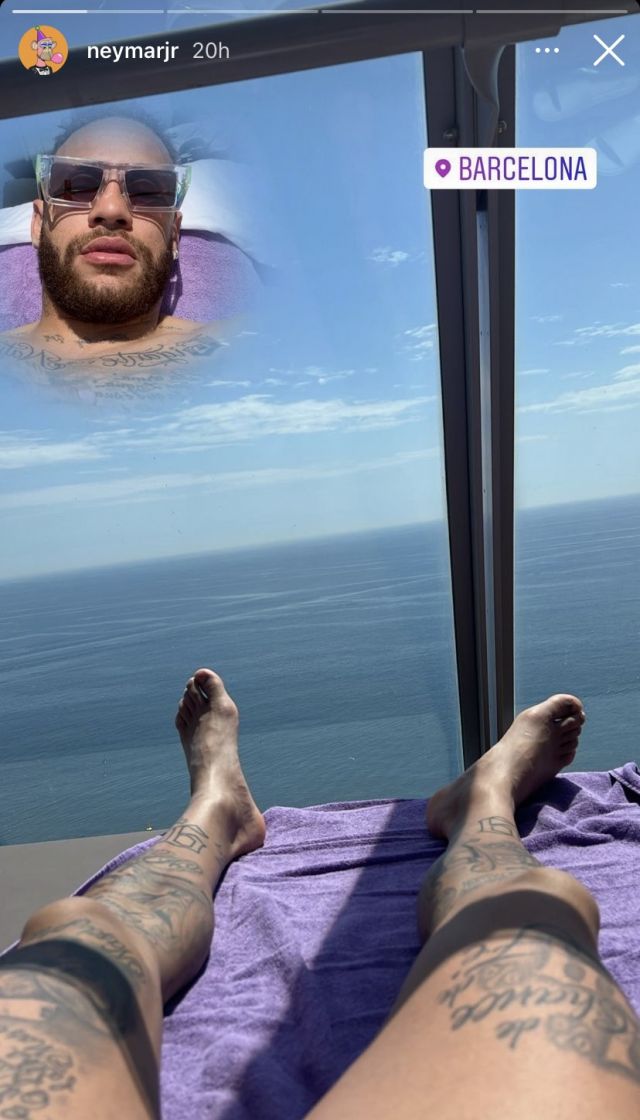