Lionel Messi is on holiday in Saudi Arabia with Leandro Paredes.

The veteran Argentine is taking advantage of a few days off given to the entire Paris Saint-Germain squad. Neymar Junior is in Barcelona and Kylian Mbappe is spending time in Madrid.

The PSG playmaker, who posted an image of himself enjoying a sunset on a boat in the Red Sea on Instagram in partnership with Saudi Arabia’s tourism board, is probably reflecting on his year.

He left Barcelona for PSG in the summer transfer window and has enjoyed a mixed season. His numbers aren’t bad – he’s contributed nine goals and 13 assists in 32 appearances – but they certainly aren’t the stratospheric figures we’re used to.

Messi helped PSG reclaim Ligue 1 from Lille but was powerless as a Karim Benzema-inspired Real Madrid knocked them out of the Champions League, the trophy the French club want most of all.

Messi’s thoughts, however, will be focused on the World Cup. He’ll lead his beloved Argentina to Qatar later this year to try to win it. 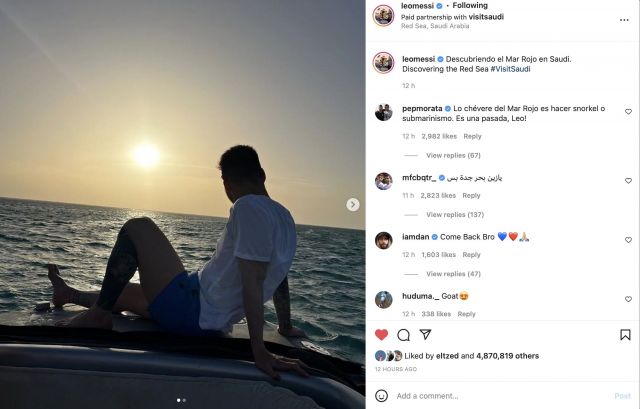