La Liga rivals Valencia and Atletico Madrid will move for Jose Campana next month if Levante are relegated.

Levante find themselves in the middle of a battle to avoid dropping down to the Segunda Division with three games to go in 2021/22.

Club captain Campana has been one of their bright sparks in a dismal campaign, despite injury problems for the 28-year-old. 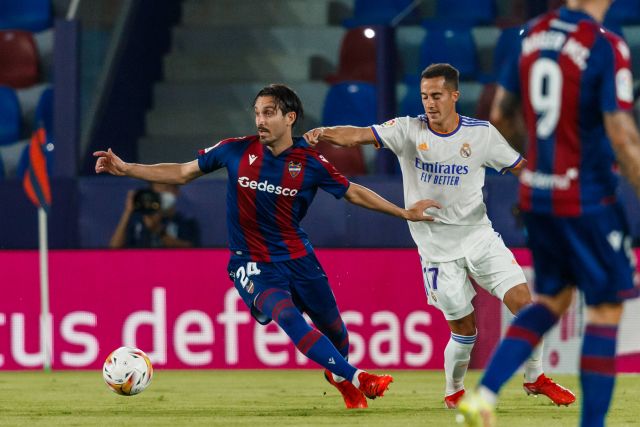 As per reports from Mundo Deportivo, Levante will be forced to sell Campana if they slip through the La Liga trap door, with a target of €10m needed to balance the books, even if they survive.

Atletico have been linked with Campana previously, but Valencia’s interest could now trigger a bidding war, with Levante aiming for a fee in the region of €12m, due to his contract expiring in 2023.

Campana is likely to accept a move away from the Estadio Ciutat de Valencia, if it keeps him in La Liga, with a potential return to the Spain squad ahead of the World Cup.