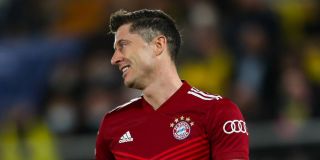 Barcelona are still linked with a move for Robert Lewandowski.

That’s according to Diario Sport, who report that the Polish striker is upset by Bayern Munich’s latest contract renewal offer. He’s not satisfied by the size of the contract or the length of the deal.

Lewandowski, 33, is more convinced than ever that the time has come for him to move on to pastures new and Barcelona remain best-placed. His current deal expires in the summer of 2023 and Bayern have offered to extend that by a single year.

Lewandowski, however, believes that he has at least three more years at the highest level and wants a contract that reflects that. He’s becoming increasingly determined to began a new challenge.

But Barcelona aren’t going to make their move until Bayern make it clear that they’re willing to negotiate a transfer. Until then, the Catalan club are simply going to watch with interest.