Barcelona could significantly lower their summer asking price for Philippe Coutinho to seal a summer exit to Aston Villa.

Villa boss Steven Gerrard has consistently stated his desire to keep the Brazilian at the club beyond his loan.

Coutinho has impressed on his return to the Premier League, with four goals and three assists in 15 appearances for Villa so far this season.

Gerrard secured a reunion with his former Liverpool teammate at Villa Park in January on a six month loan from the Camp Nou. 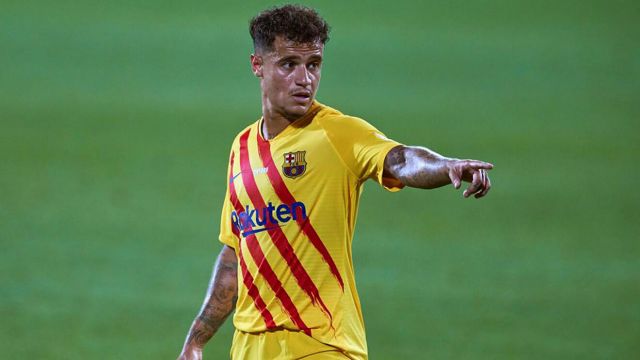 The current agreement with La Blaugrana expires at the end of the 2021/22 season, with Barcelona paying the bulk of his wages.

The two parties agreed a €40m purchase clause in the initial move, with Coutinho’s Barcelona contract up at the end of 2022/23.

However, according to reports from Mundo Deportivo, Barcelona are desperate to offload Coutinho in the coming weeks, and they could lower that fee to €20m, if Villa push for a reduction.