Xavi has set his Barcelona team the target of finishing in second place in La Liga this season.

The Catalans giants have stabilised themselves in the second half of the the 2021/22 campaign, following the return of their former midfield star in October.

Despite falling short in a potential title race, the overall signs do look positive for Xavi’s promising young team next season.

They have now confirmed a Top Four spot, as late goals from Ansu Fati and Jordi Alba sealed a dramatic late 2-1 win away at Real Betis. 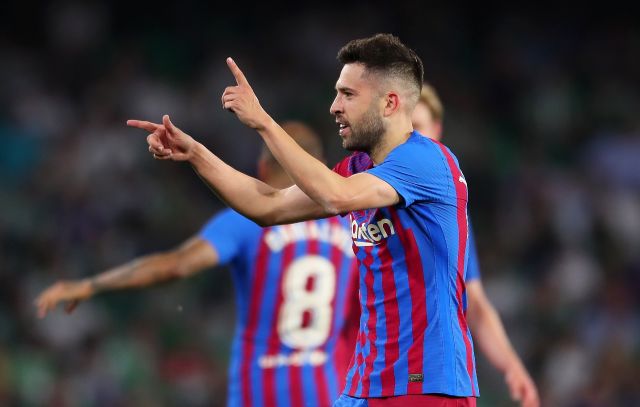 However, Xavi is demanding a strong finish in their final three league outings of the campaign this month.

“We’ve lifted a weight off our shoulders. It could have been a more complicated and difficult end to the season”, as per reports from Marca.

“We’ve made a titanic effort from November. We’ll be in the Champions League, as we deserve, but we want to be second.

“Inconsistency has prevented us from winning titles. We have changed the mentality of the team, but we have to keep on changing if we want to win titles.”

Up next for Barcelona is a midweek home game against Celta Vigo before ending the campaign, with a trip to Getafe, and a final day Camp Nou showdown with Villarreal.

Barcelona move five points clear in second spot overnight with Sevilla completing their game in hand away at Villarreal tomorrow.