Atletico Madrid boss Diego Simeone is refusing to let up in their push for a Top Four finish in La Liga this season.

Atletico secured a first El Derbi league win over Real Madrid since 2016, and a first at home since 2015, to gain a vital advantage in the race for Champions League qualification.

Yannick Carrasco‘s spot kick sealed all three points for Los Rojiblancos at the Estadio Wanda Metropolitano, to open up a six point lead over fifth place Real Betis, at the end of the weekend. 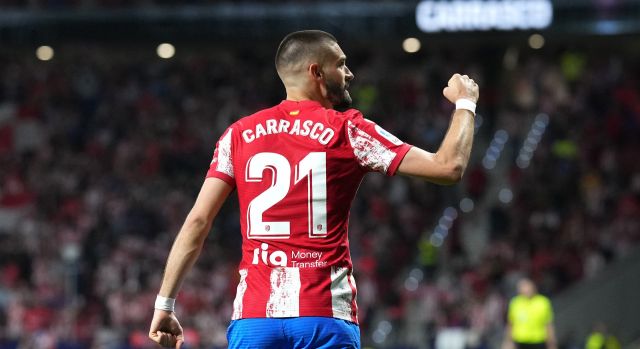 However, despite finding themselves in pole position, with three games left to play this season, Simeone is preaching caution to his players.

“We have nothing guaranteed, as there are points left to play for, and we have three difficult games to play”, as per reports from Marca.

“We have to repeat at Elche what we did today against Madrid.”

Real Betis’ defeat to Barcelona this weekend has dented their own chances, and an Atletico win in midweek would wrap it up, due to their head-to-head record against the Andalucians this season.