Premier League giants Liverpool have been dealt a blow in their pursuit of Barcelona starlet Gavi.

Jurgen Klopp is rumoured to be a huge fan of the Spanish international following his impressive explosion into the La Blaugrana first team in the last 12 months.

However, despite the pull of a move to Anfield, Barcelona remain confident of securing a long term contract extension for the 17-year-old.

Gavi’s current deal at the Camp Nou expires at the end of the 2022/23 campaign with no confirmed progress on renewal talks in Catalonia. 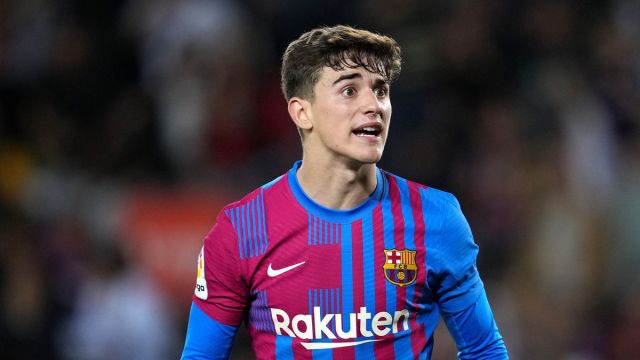 That uncertainty has intensified speculation over a possible exit, but reports from Teamtalk.com claim Liverpool will have to wait until the next round of internal talks are completed.

Barcelona are aware of Gavi’s £42m release clause, and they are willing to increase his wage to raise that exit payment to £80m.

Gavi wants to stay at Barcelona but he could be tempted away if they do not match his new role with a salary rise.