The Reds will now head to Paris for a third Champions League final under Jurgen Klopp later this month as they aim for a historic end to the 2021/22 season.

Despite finding themselves struggling to rhythm against Villarreal in their semi final second leg, Liverpool turned the tide in the second half, to win 3-2 on the night.

Another positive result in difficult circumstances has reignited the belief Liverpool can complete a clean sweep of four major trophies this season and Salah is ready for the challenge.

“The quadruple is the target. Maybe not at the start of the season,” as per BBC Sport.

“I am always honest and focus on the Champions League and Premier League.

“After we beat City in the FA Cup semi-final [I thought it was on]. 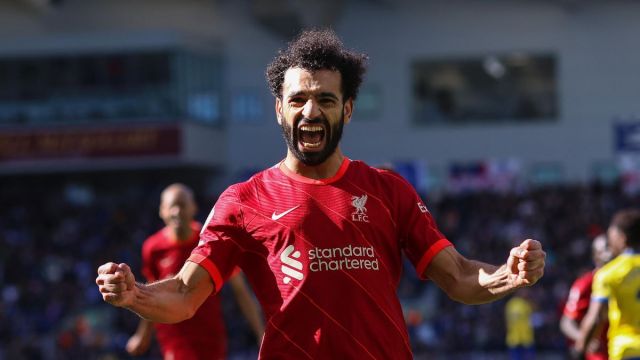 “After the group stage I thought ‘OK, we are going to win the Champions League this year’.

Mo Salah is not too far off the target he set for himself at the start of the season 👀#UCL pic.twitter.com/md3An8ygSa

“I want to play Madrid [in the final]. City is a really tough team.”

Salah’s comments over facing Real Madrid are likely to have some personal motivation for the Egyptian hotshot following his 2018 final disappointment against Los Blancos.

The former AS Roma forward was forced off in the early stages of Klopp’s first Champions League final at the club, after being involved in a collision with Sergio Ramos.

Ramos was heavily criticised for his role in the incident, with the veteran defender a master of the dark arts in big games, and another meeting with Real Madrid – albeit without Ramos – will be a barrier to break for Salah.