Real Madrid defender Eder Militao should be fit in time to face Chelsea in midweek action despite an injury scare.

The Brazilian international was forced off with a knock in the final minutes of Real Madrid’s 2-1 La Liga win away at Celta Vigo.

However, despite sending initial alarm bells ringing over his availability at Stamford Bridge, Militao now looks certain to keep his starting place at centre back. 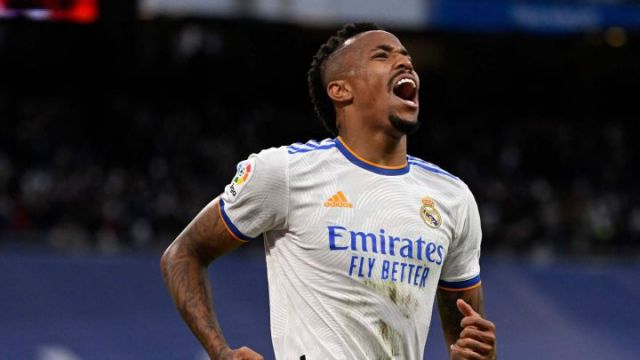 As per reports from Mundo Deportivo, his withdrawal at the Estadio Balaidos was a precautionary measure, due to muscle cramp in the closing stages.

Militao won the first of three Real Madrid penalties on the day in Galicia, as Karim Benzema scored twice from the spot, to seal all three points for the league leaders.

Militao has been ever present for Los Blancos this season, with 28 starts from 30 league outings – more than any other outfield player in 2021/22 – forming a solid partnership with David Alaba.