Coutinho has looked revived on his return to English football in 2022, with a crucial reunion with former Liverpool teammate Steven Gerrard, after signing a six-month loan deal in January.

The Brazilian star indicated his intention to leave Barcelona last summer after growing frustrated at a lack of first team opportunities in Catalonia. 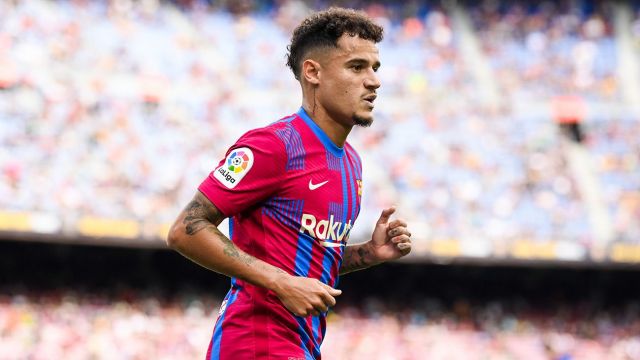 Gerrard has been delighted with Coutinho’s form at Villa Park, with four Premier League goals and three assists, and the former England international is confident of retaining him next season.

Coutinho’s current salary at Barcelona could present a stumbling block to a possible £33m purchase clause being activated based on his whopping £400,000 weekly wage.

According to reports from Mundo Deportivo, via Caught Offside, Villa can only pay 25% of Coutinho’s salary, and the former Reds winger is willing to slash his wages to secure a summer exit.