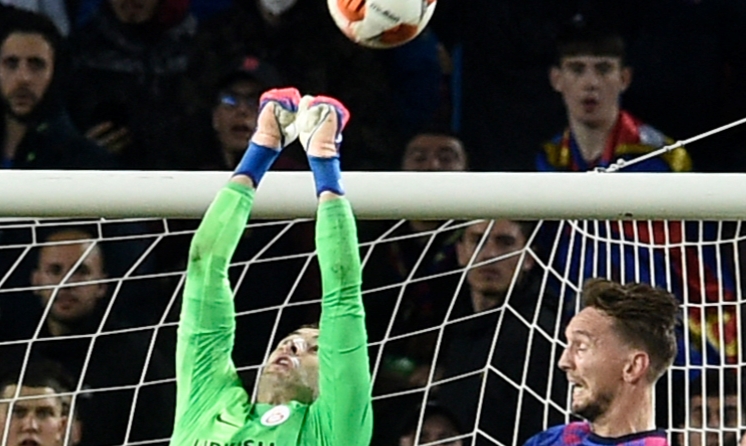 Peña played against his parent club on Thursday night in the Europa League round of 16 first leg.

The 23-year-old was sent on loan to Galatasaray during the January window and he was allowed to play in this game, despite the strange situation.

He stood out like a sore thumb, too, producing a number of fine saves against his Barca teammates, keeping Memphis Depay at bay with two superb first-half stops.

Peña was the difference as Galatasaray took a draw from Camp Nou back to Turkey ahead of next week’s second leg, and the timing of his fine performance is an important one.

Barca now have question marks over Marc-Andre ter Stegen amid poor form, and Xavi Hernandez has admitted he wants more competition at the goalkeeper position, with current number two Neto likely to move on this summer.

Blaugrana advisor Cruyff is impressed with Peña, too, issuing a glowing verdict after the game.

“Iñaki Peña has transmitted a lot of security, also with passing he’s been very good,” he told BarcaTV.

“We’ll see if he’s here with us in the summer.”