Former Real Madrid skipper Sergio Ramos will not face his former club in midweek after failing to prove his fitness.

The Spanish international has struggled to maintain match fitness during his first year in France with just two starts in all competitions in 2021/22.

PSG boss Mauricio Pochettino has confirmed the 35-year-old will not be available to take on Los Blancos but he will travel with the squad to Madrid.

“Sergio asked to travel, he wants to travel, and he’s a player who has practically spent his entire career at Real Madrid”, as per reports from Marca. 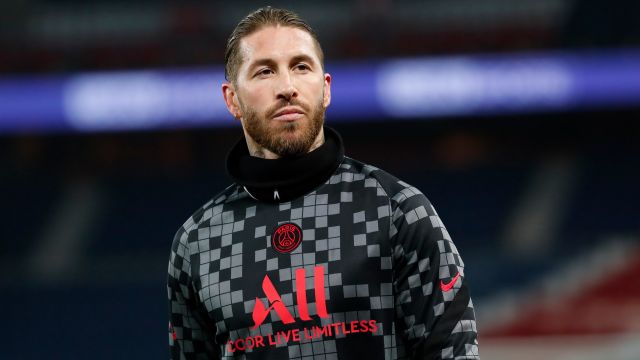 “17 years as captain and he won so much there. It’s clear he wanted to return and he asked to attend the game.

“As well as other teammates who will not be involved, the important thing is to be together at such a decisive moment.”

Pochettino’s update on Ramos is one selection decision the Argentinian has already made but he is facing more late calls in the next 24 hours.

Star man Kylian Mbappe is a major doubt after suffering an injury in training earlier today with Pochettino waiting on a update from his medical team before naming his squad.

Brazilian winger Neymar is also a doubt as a starting option for Pochettino in the Spanish capital after he came off the bench to set up Mbappe’s winner in the first leg last month.